The Group of Seven Rich Countries have struck a landmark deal that could help countries collect more taxes from large companies and allow governments to levy fees from American tech giants such as Amazon.com Inc. and Facebook Inc.

The London G-7 Treasury Accord meets US demand for a minimum corporate tax rate of “at least 15%” on foreign income and paves the way for levying multinational corporations in countries where they make money, not just there. they have a headquarters.

The deal aims to modernize the age-old international tax code and reduce transatlantic tensions that have threatened to escalate into a trade war under Donald Trump. But key details remain to be clarified, more countries are to sign the agreement, and full implementation could take years.

US Treasury Secretary Janet Yellen, among finance executives who hailed the announcement as an unprecedented move, said the final deal that would allow companies to tax their profits outside of their home countries would include companies like Amazon and Facebook. 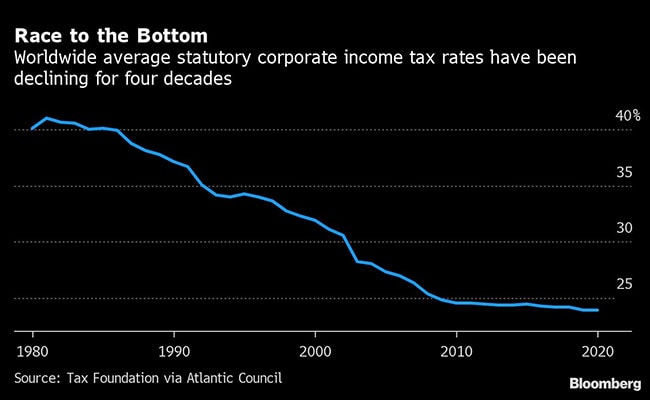 “What you see is the resurgence of multilateralism, the willingness of the leading countries in the G-7 and G-20 to work together to address the most serious challenges facing the global economy,” Yellen said after the meeting.

The focus will now be on the July meeting of the G20 finance ministers in Italy and the lengthy negotiations between some 140 countries at the Organization for Economic Cooperation and Development.

The G-7 pact marks a step towards rewriting a global system that critics say is allowing large companies to save billions of dollars in tax bills by changing jurisdictions. It also helps address complaints that large digital companies can make money in multiple countries and only pay taxes at home.

In response to the announcement, some of the world’s largest tech companies have focused on how the deal could help clarify the rules about where to pay taxes.

An Amazon spokesman said the OECD-led process “will help ensure the stability of the international tax system” and called Saturday’s deal “a welcome step forward in efforts to achieve that goal.”

Under the Trump administration, the US also refused to allow foreign governments to tax American digital companies, a key requirement in Europe.

The transatlantic division has developed into a battle of unilateral measures and threats of trade sanctions, which, although suspended, are still in effect.

According to the communiqué following the London meeting, countries in which large firms operate will be eligible to tax “at least 20%” on profits in excess of 10% margins. This applies to “the largest and most profitable multinationals,” potentially allowing the G-7 to square the circle so that digital is turned on without targeting.

When asked if this would mean the inclusion of companies like Facebook and Amazon, Yellen replied that they would qualify “by almost any definition” and “most of these firms are likely to be included in this new scheme.”

The ministers of the UK and France said they are now confident that the tech giants will find themselves under the crosshairs of new rules, even though the final quantitative criteria have not yet been determined.

“For four years, we have fought in all European and international forums, here in the G7 and G20, for fair taxation of digital giants and a minimum corporate tax,” said French Finance Minister Bruno Le Maire. 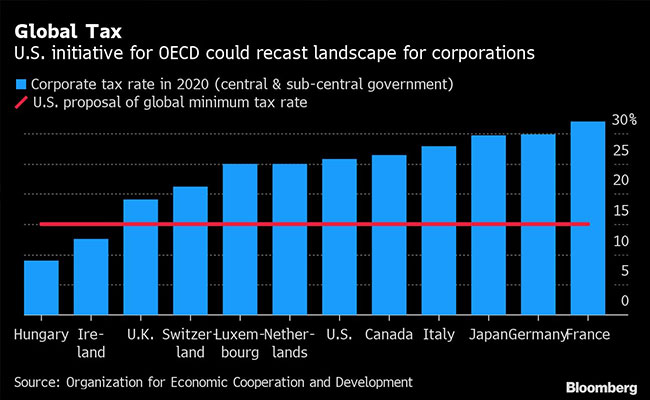 The greatest antipathy in recent years has been between Paris and Washington. France was the first country to bypass the slow OECD process for taxing profits by opting for the controversial levy solely on the digital revenues of large firms.

The G-7 said countries will “ensure proper coordination” to eliminate such taxes on digital services. Sequencing this can be tricky, as countries will be reluctant to give up on revenues before they can be confident they will benefit from the new global rules.

Italy’s finance minister Daniele Franco said he will seek to broaden the discussion when the G-20 finance ministers meet in Venice in July. Once the proposal is agreed, he said, Italy will no longer need a digital tax.

Japanese Finance Minister Taro Aso said the change in US leadership this year has opened space for an agreement, and criticism of big profits from tech companies has also prompted the group to take action.

Highlighting the other remaining divisions, the Irish finance minister, whose country has attracted some of the world’s largest businesses with low taxes, said any deal at the lowest rate must meet the needs of “small and large, developed and developing.”

Moving in a different direction, Le Maire said 15% is a starting point and France will fight for a higher rate in the coming weeks.

President Joe Biden’s administration remains in need of congressional approval and hopes the deal will help it deliver on its massive infrastructure program. He is seeking support from legislators in raising the domestic corporate tax rate from 21% to 28%. A 15% international deal could help him because it offers options for multinationals.

Two senior Republican MPs said the agreement “seems premature, given the many unanswered questions about the Framework 1 and 2 proposals and their potential impact on US companies and US revenues.”

“We continue to warn against moving forward that could negatively impact US business,” Senate Finance Committee member Mike Krapo and House Ways and Means Rating Committee member Kevin Brady said in a statement.

The OECD said the final global agreement could not be concluded until October, as countries would need to pass the plan through their national legislatures to deliver it.

“There is important work to be done,” said OECD Secretary General Mathias Kormann. “But this decision adds important momentum to the upcoming discussions.”