Depay, who appeared in the media today in the stronghold of Catalan club Camp Nou, signed a contract until 2023 with a free transfer deal from Lyon, France. Barcelona announced the contract last month.

The Dutch national team player, who returned from participating in Euro 2020, described his move to Barca as “a dream come true”.

Depay did indeed train with his team-mates before presenting to the media, and he also previously played at Camp Nou when he was in the Lyon shirt, working alongside Ronald Koeman when the latter was coach of the Netherlands.

“He brought me in as a central striker,” Memphis recalls. “He made me feel so comfortable and I have to thank him for that… I’m happy to be here. The team is ready for the new season and start collecting trophies.”

When asked about his upcoming partnership with legend Lionel Messi, Depay said: “He is a legend, the best player in the world, everyone wants to play with a player of his quality.”

Juan Laporta also revealed a secret about Memphis: “His mother told me that when he was five, his grandfather gave him a Barcelona shirt as a gift. It was a prophecy.” 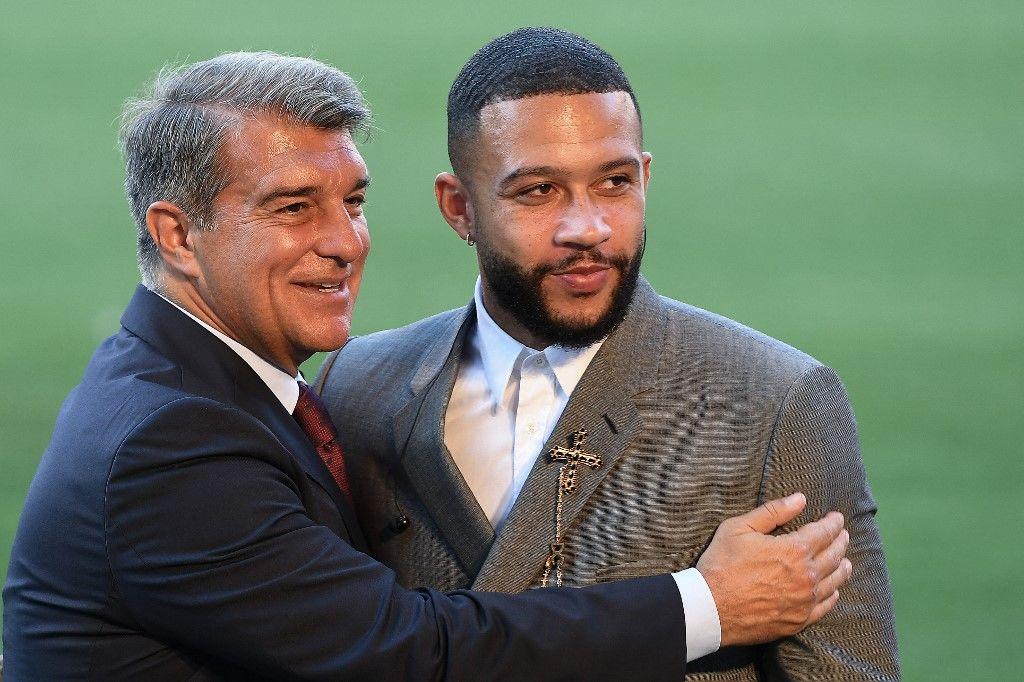 The player himself confirmed the story, saying, “I’m sure he would have been very proud today.”

I want to thank the president, the whole board of Barcelona, ​​​​the coach and my own team for making my dream come true.
I want to thank God more than anything for leading my life!
I have no words to describe how I feel right now, but I am so grateful. pic.twitter.com/NxfBshuHwY

“I want to thank the president, the entire Barcelona board, the coach and my team for making my dream come true,” Depay wrote on his Twitter account.

He continued, “I want to thank God even more for guiding me all my life! I have no words to describe how I feel right now, but I am so grateful.”