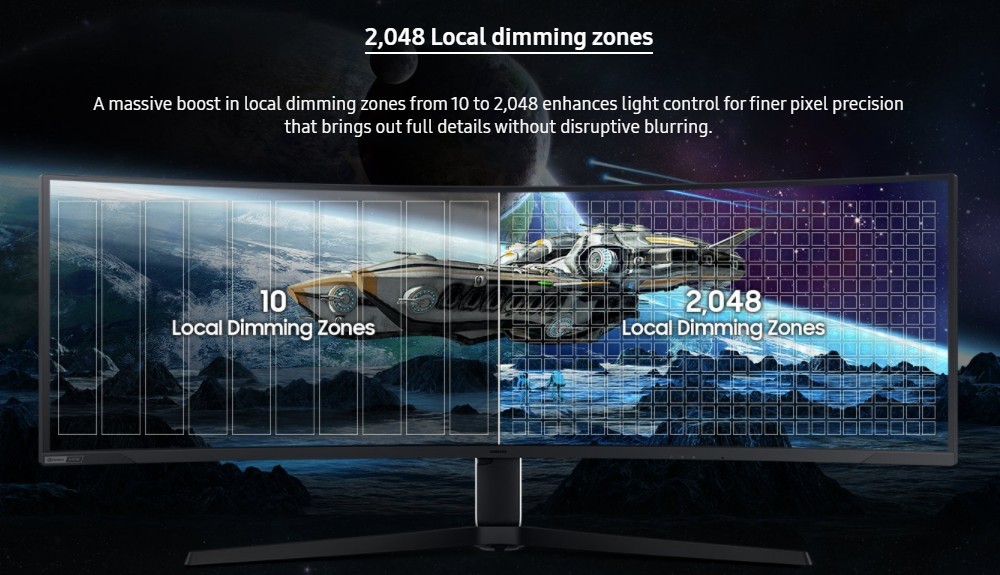 The Odyssey Neo G9 display measures 49 inches, measures 32:9 and has a screen resolution of 5120 by 1440 pixels and a curvature of 1000R, and Quantum Mini LED matrix technology supports higher quality image production.

Mini LED lighting is also 1/40 smaller than traditional LED lighting, so this small size supports the addition of a greater number of backlights as the screen supports dimming areas up to 2048. 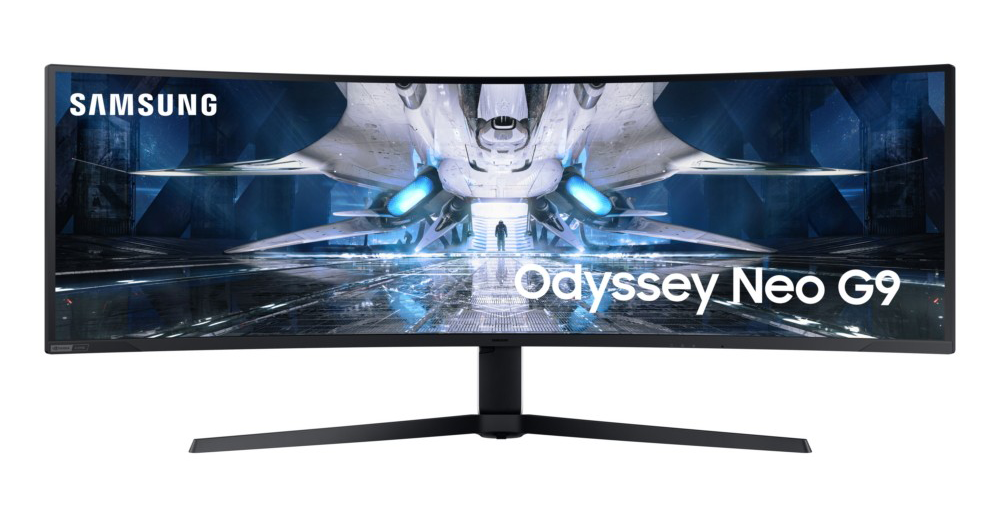 The Odyssey Neo G9 display also has a refresh rate of 240 Hz, a fast response of 1 millisecond, and the display includes DisplayPort 1.4 with Adaptive Sync and HDMI 2.1 VRR, and the display supports Nvidia G-Sync technology and AMD FreeSync Premium Pro , and includes two USB ports, with headphone jack.

For games, the screen supports RGB lighting, which is compatible with gaming accessories and known by Samsung as the Infinity Core Lightning Plus system, and supports 52 colors, and 5 lighting effects that support customization.

Samsung is slated to offer the Odyssey Neo G9 gaming monitor in 17 countries starting July 29 for a price of $2,500.

Source link for the news