Al Foran has established himself as one of the best Impressionists and is a treasure trove of comic relief. The artist certainly managed to make viewers chuckle at his hilarious skits.

With Foran set to take on Conor McGregor in a wheelchair boxing match, let’s take a look at some of his best impressions from the world of martial arts:

Two of the biggest names on the martial arts circuit, Khabib Nurmagomedov and Conor McGregor, are truly in a league of their own.

Al Foran brought their rivalry to the fans’ screens with a skit in which he lived up to their pre-fight media obligations. Besides nailing their voices, Al Foran rekindled their rivalry with his refreshingly comedic take.

Watch Foran’s impression of the Irishman and ‘The Eagle’ below:

Prior to his rematch against Deontay Wilder, Tyson Fury was thoroughly entertained by Al Foran.

Al Foran made his very best impression of the heavyweight kingpin himself, leaving ‘The Gypsy King’ with a big smile on his face.

Watch Foran’s impression of the two-time world heavyweight champion below: 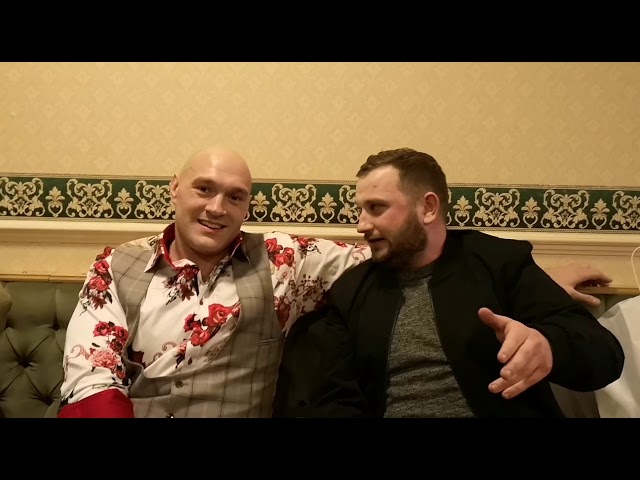 Mike Tyson is arguably one of the most respected entities in the martial arts community.

After Tyson shocked the world with his success in the square circle, he found his way into the entertainment business, with one of the most popular podcasts, “Hotboxin’ with Mike Tyson.”

Foran has regularly used social media to share his impressions of the former boxer.

Watch Foran’s impression of the boxing legend below:

Looking for a punch with Conor McGregor, Al Foran seems to have made it into the fighting industry. The former two-division UFC champion agreed to fight the man who took the internet by storm after sharing videos of himself impersonating celebrities and athletes for charity.

Proceeds from their fight will be donated to the Irish Wheelchair Association to provide assistance to those benefiting from the charity.

The event will mark the first time Conor McGregor has fought in a non-main event fight since 2014. The event will take place on September 11 at the Clayton Hotel in Galway, Ireland.

Do you think comedian Al Foran can stand his ground against the former double champion of the UFC? Sound off in the comments!