Unwitting tourist, 22, who skipped hotel quarantine in WA after TWO days of sightseeing yells at police ‘I didn’t endanger anyone’ while arrested at Broome airport


A tourist has been fined $2,500 for leaving the hotel quarantine just two days after her stay and sightseeing in a regional city.

Shannai Reid, 22, left the Roebuck Hotel in Broome in Western AustraliaNorthwest on August 19 after her first negative COVID-19 test result.

The Queenslander thought she could just pass her second required test during her next holiday stop in Darwin, and do her third at home in the Daintree.

Broome Magistrates Court learned she was active in the community for several days before being arrested at the city’s airport on August 24.

Shannai Reid, 22, has been fined $2,500 for leaving the hotel quarantine just two days into her stay – thinking she was within her rights to enter the community after just one negative Covid-19 test result

She visited the popular Gantheaume Point lookout in Broome, but thought her actions were justified as she had no symptoms.

Reid screamed and yelled at officers during her arrest and refused to cooperate, so was thrown in jail until her trial.

She had no remorse and believed she was within her rights to skip quarantine, continue her vacation and take the other tests elsewhere, the court heard.

“I don’t think I’ve put anyone in danger… I want to be at home with my community and my family,” she said. ABC Kimberley.

Reid, who represented herself in court, said she did what she “thought it was right” as she pleaded guilty to failing to comply with a Covid-19 directive. 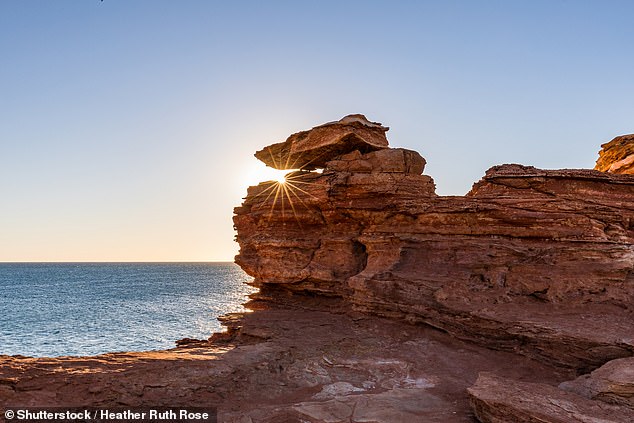 Reid visited the popular Gantheaume Point lookout in Broome while active in the community, assuming she had done nothing wrong as she was not showing any symptoms 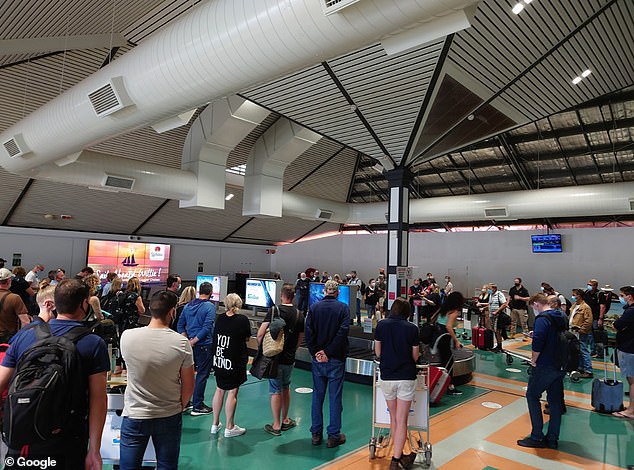 Reid yelled at officers during her arrest at Broome Airport and refused to cooperate, court heard

Magistrate Stephen Sharratt said he accepted that Reid had made a mistake, but it was not a reasonable one and unacceptable.

The prosecutor said Reid showed “complete disregard” for Covid-19 restrictions and was lucky that her subsequent tests were negative as well.

The prosecution asked to keep her in jail until she paid the fine, but Magistrate Sharratt fined her $2,500 and released her from behind bars.