The two contracts — one to develop the x-ray CT baggage scanner and the second to design the general self-screening portal — have started and are worth up to $4 million over the next 20 months. They could lead to large production orders to supply systems to US airports.

The company says the concept of the portal is to combine existing self-service technologies such as automated document scanning and validation, identity verification and millimeter wave body scanning with its new technology.

It is working with several other companies on the portal project as part of the DHS’s Screening at Speed ​​program, which aims to reduce processing times at US airports.

The miniature, self-service X-ray scanner for carry-on and personal items will be integrated into the one-stop portal, which Micro-X says will be based on a passenger-centric design approach.

The DHS portal contract is executed in Seattle by its US subsidiary Micro-X Inc and is managed by a new business unit focused on airport checkpoints and led by Dr. Brian Gonzales. The miniature X-ray scanners are being built in Adelaide. 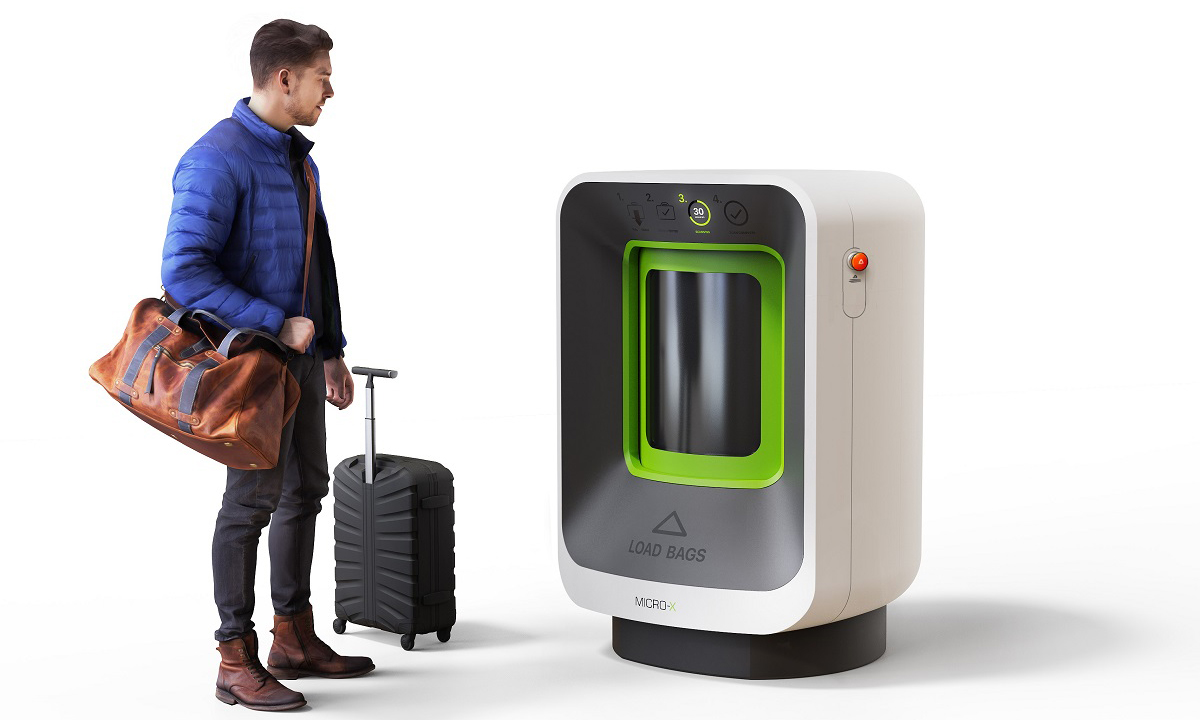 An early concept image of the Micro-X self-scanner, being integrated into a one-stop self-screening portal. Image: Micro-X

Micro-X director Peter Rowland said the genesis of the contracts can be traced back to work the company did at London’s Heathrow Airport in 2019 to develop an X-ray scanner to meet the challenge of detecting explosives. find hidden in electronic devices.

He said the UK contracts allowed Micro-X to demonstrate its miniaturized CNT technology, which could eliminate the need for passengers to remove large electronic devices and liquids from carry-on luggage.

“We are very pleased that this unique miniature scanner technology has now become the opportunity for a radically new approach to security at airport checkpoints in the United States that will greatly benefit travelers once it is in place,” Rowland said in a statement to the Australian National Security Agency. Stock market this week.

“This (portal) contract is a transformation for Micro-X and represents the culmination of many years of great work by Dr. Gonzales in developing new concepts for improving X-ray imaging for aviation security.

“Every traveler has horror stories to tell about airport security – it’s so exciting that this amazingly innovative international team, led by Micro-X, is now in a position to make future air travel a more enjoyable and safer experience.”

The company says the self-scanners could also have numerous commercial security applications, such as in stadiums, public events, government and commercial buildings, and public transportation.

“The small size of this device also opens up many other applications where conventional X-ray screening lanes are not practical,” Rowland said.

Micro-X was listed on the ASX in December 2015, shortly after Victoria’s move to South Australia to establish a manufacturing hub at the Tonsley Innovation Precinct in Adelaide’s southern suburbs.

It launched its flagship lightweight mobile X-ray unit, the Nano, in 2017 and has since launched the more durable Rover version, designed for defense applications such as military field hospitals.

Micro-X has a market cap of approximately $151 million and a share price of $0.33 as of today’s opening, down from $0.28 in early September.

Ticket sales for the South Australian Business Awards are open, held at the Adelaide Convention Center on Friday, October 22. Prime Minister Steven Marshall is the keynote speaker at this must-attend event for anyone serious about doing business in South Australia.

Media diversity is under threat in Australia – nowhere more so than in South Australia. The state needs more than one vote to move it forward and you can help with a donation of any size to InDaily. Your contribution goes directly to helping our journalists discover the facts. Click below to help InDaily continue discovering the facts.