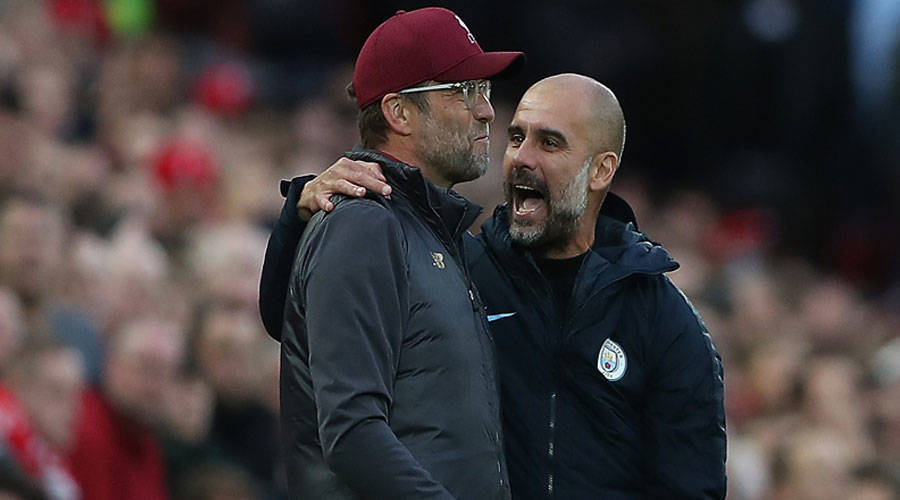 Manchester – Reuters
Manchester City manager Pep Guardiola believes the league with his Liverpool counterpart Jurgen Klopp has made him a better coach as the two coaches prepare for another clash in the Premier League on Sunday.
The first clash between Guardiola and Klopp eight years ago in Germany was at the helm of the technical leadership of Bayern Munich and Borussia Dortmund respectively, before the mutual competition in England was renewed.
Guardiola said: “Klopp helped me a lot. By competing with him and the teams he worked with, he made me a better coach. He took me to another level. He made me rethink things and prove myself. That’s why we have to this place. Some coaches are a challenge that makes you take a step towards Forward. We did it in Germany and also here in England. We’ve had a competition for years. It’s great that both teams share the same ideas and goals. “
Both teams have started the season well, with City in second place after six games, one point behind leaders Liverpool.