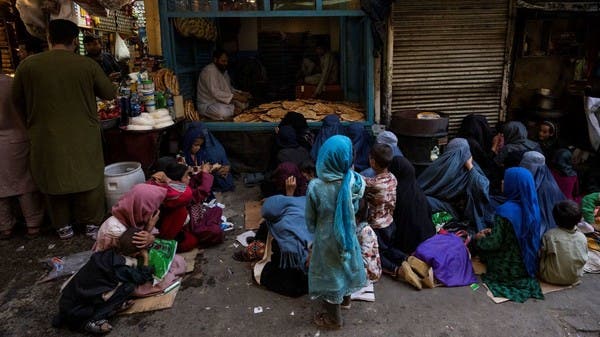 Children are starving in Afghanistan, local and international sources said Saturday, after warnings that one million young people there could face life-threatening malnutrition by the end of the year.

In Ghor, one of the affected provinces, at least 17 children have died of malnutrition in the past six months, Mullah Mohammad Ahmadi, the province’s director of public health, told AFP.

Nearly 300 have been treated for the effects of hunger.

Hundreds of children are at risk of starvation in central parts of the country, he said.

A spokesman for the United Nations children’s agency in Afghanistan said he could not confirm the number of deaths in Ghor, but feared that “many children are paying the ultimate price”.

UNICEF’s Salam Al-Janabi said the agency’s monitoring network had been disrupted and relied on anecdotal reports, but “we are very painfully aware that this is something we are on the brink of, or in the middle of.”

Since the Taliban came to power in mid-August, Afghanistan has sunk deeper into an already severe humanitarian crisis.

The effects of drought, rising food prices and job losses have been exacerbated by international aid and funding that has come to a near standstill.

The UN has warned that by the end of the year, one million children under the age of five in Afghanistan are expected to require treatment for life-threatening “acute severe malnutrition”, while another 3.3 million will suffer from acute malnutrition.