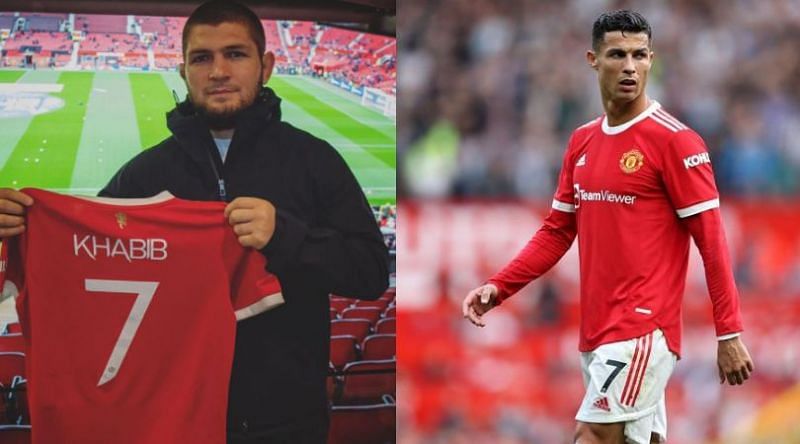 That is probably why Khabib Nurmagomedov is currently present at the Old Trafford Stadium in Manchester, England. He will witness an English Premier League match between Manchester United and Everton. On their official Instagram handle, Manchester United shared a photo of Nurmagomedov posing with the famous number 7 shirt worn by their Portuguese star Ronaldo.

The message reads: “Khabib is here.”

If Khabib Nurmagomedov has gone to watch Cristiano Ronaldo in action, he may be disappointed that the striker has stayed on the bench for today’s game. However, he can be turned on in the later stages of the match.

Ronaldo has been in superb form last season. The 36-year-old has already scored three goals in three league games for Manchester United this season.

Cristiano Ronaldo has made a sensational move to his former club Manchester United this season. He previously played for the English giants from 2003-2009, scoring a total of 84 goals. According to Khabib Nurmagomedov, Ronaldo told him he would be returning to United this season:

“A month ago he told me he was moving to Manchester United. I expected this deal to happen. I think Manchester United is more suitable for him than Juventus. For me, the transition was not a surprise,” said Khabib Nurmagomedov. said.

Ronaldo and Khabib Nurmagomedov get along well and have been spotted together a few times. Ronaldo also congratulated Nurmagomedov on his glorious career following the Russian’s retirement from UFC 254.

“Congratulations bro! Your father is proud of you,” Ronaldo told Khabib via his Instagram story after the latter’s win at UFC 254.