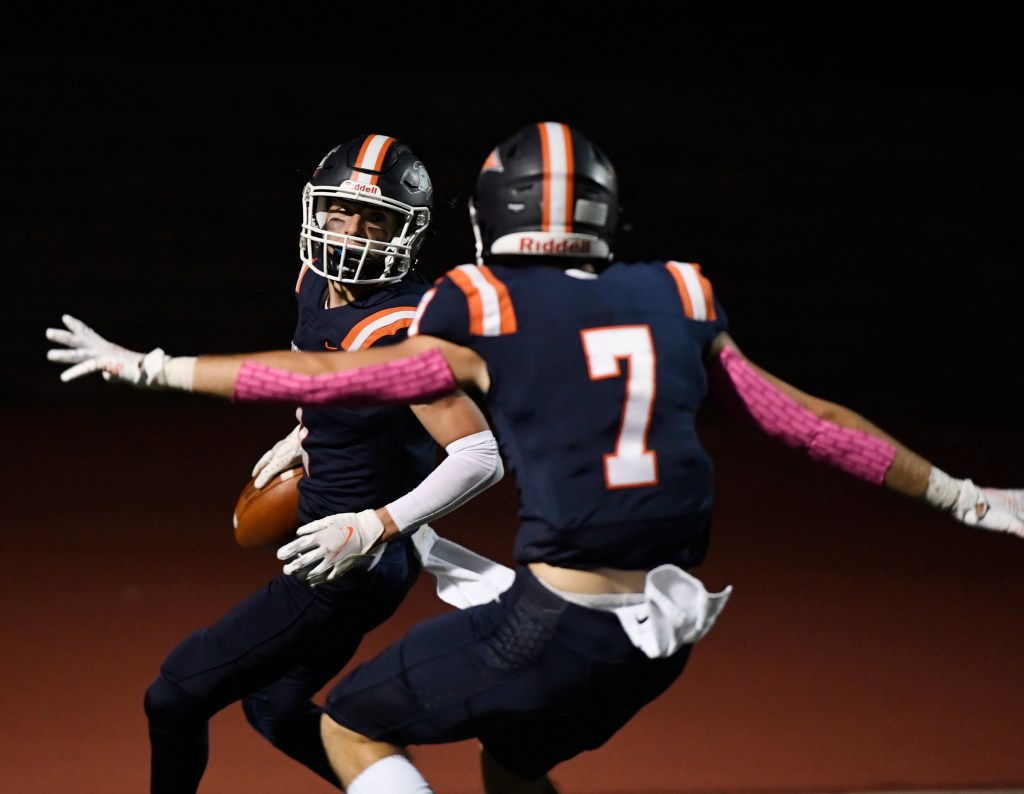 PARKER – The Legend High School football team needed everything from its two senior playmakers to hold off a late wave from Pine Creek in a highly anticipated 5A-4A South showdown to open the league at EchoPark Stadium on Friday.

Brush opened the score on a 49-yard catch-and-run, after kicking to the right to dodge a defender on the 30-yard line and the latter rushing in.

In the second quarter, Legend went for it with a daring fourth-and-7 call at the Pine Creek 28-yard line, and Brush came over the middle with the catch on a slant, sprinted to the far sideline and scored to take the lead. make it 20-6.

Pine Creek (5-1, 0-1) double threat quarterback Josiah Roy showed his arm strength to get the Eagles on the board with a 65-yard touchdown pass to Braden Kramer.

The Eagles used a bit of trickery from their own backlog by two possessions, while converting a 4th and long on a fake punt. Three games later, Roy found Gavin Whetzal in the corner of the end zone for a 12-yard score to make it a one-score game at 20-13.

After a first half fraught with penalties, the turnovers came back to bite both teams. The Eagles recovered a fumble deep into Legend territory, but Roy was stripped two plays later.

The next play found Vaz of the Titans an opening, running 59 yards for his second touchdown of the night.

Pine Creek’s Ian Johnson added a 38-yard field goal late in the half to narrow the deficit to 10 with Pine Creek trailing 26-16.

The third quarter was all about clock management and the Eagles benefited from it. Roy drove the Eagles off the field and scored on a quarterback sneak, finishing an 11-play, 70-yard drive that narrowed the lead to 26-23.

In the final frame, the Eagles had a chance to take the lead and drove to the Legend 37 to set up a fourth-down situation. Roy heaved it to the end zone, but the pass fell incomplete.

Legend was able to clear most of the clock after Vaz converted with a tough run in third and shorter. The Eagles got one more shot with the ball, but Roy was intercepted.