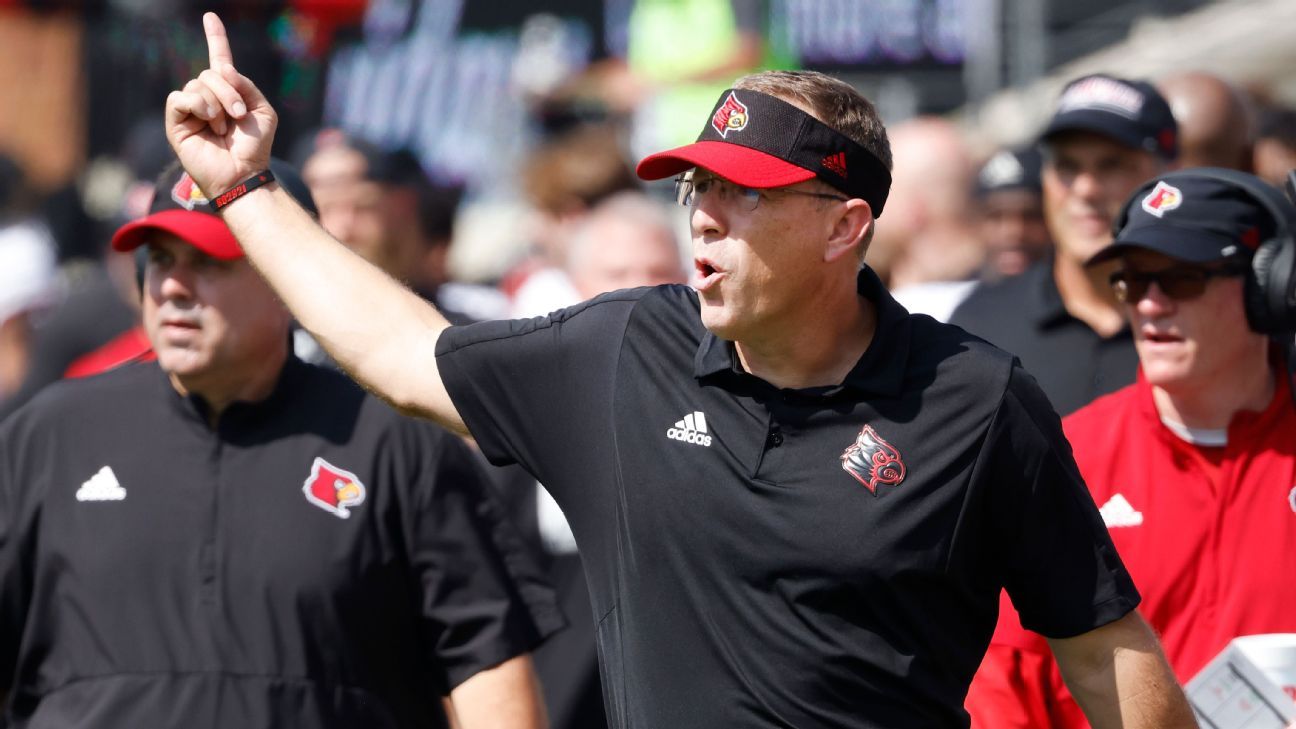 Louisville coach Scott Satterfield took issue with the way officials ran the clock at the end of the first half of a 37-34 loss to No. 24 Wake Forest on Saturday.

With 4 seconds left in the second quarter and the ball on the 1-yard line, Wake Forest ran a running game out of the shotgun. Although the game clock appeared to be at zero, the clock was reset 1 second. Nick Sciba scored a 20-yard field goal — three points ahead of the game.

Afterwards, Satterfield told reporters that officials told him they were watching the replay to see if there was time left on the clock. But he noted that it usually takes at least 4 seconds for a running game.

“They never blew it to death, so it’s a little hard to tell, and I don’t know when they started the clock,” Satterfield said. “So there were 4 seconds, they’re in shotgun, they drop the ball, and I don’t know how that was only 3 seconds. But obviously I’m not working on the clock here in Winston-Salem.”

Asked about sending the piece to the ACC for review and whether a story was possible, Satterfield said, “There really is no story. It goes down like an L. There’s nothing you can do. You just have to do it.” .”

The officials’ explanations after the game quoted Wake Forest coach Dave Clawson telling the official on his side of the pitch that he intended to give a time-out once the game was over. Officials said Christian Beal-Smith was running backwards with 2 seconds left and Clawson timed out with 1 second left, a statement confirmed by the back judge and referee.

Clawson confirmed after the game that he had told the pre-match official that he would give a time-out.

“The 1-yard line – we’re going to try to score,” Clawson said. “It was a calculated risk. How sure was I? I wasn’t so sure. I was hoping we had a second left, but to say I knew it would be three seconds, we were a bit lucky. ” Sometimes luck helps. You look back and those three points were just as important as the last three points.”