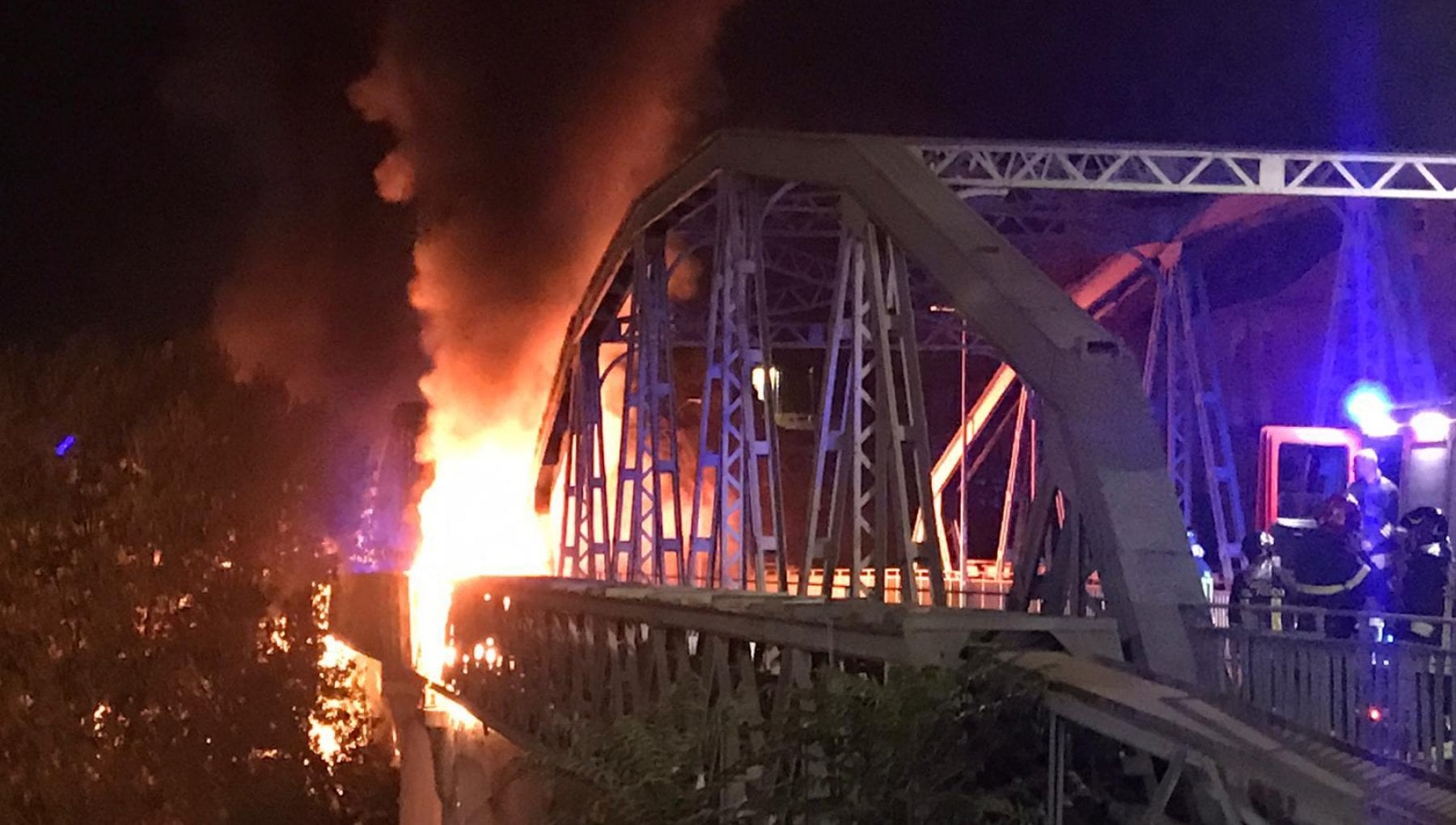 A major fire broke out late in the evening in Rome, between Ostiense and Marconi, two adjacent neighborhoods in the south of the capital. The flames covered the Ponte dell’Industria, also known as the “iron bridge” connecting the two districts and the entertainment areas of Ostiense. The fire, the cause of which is still unknown, involved pipes and electricity cables under the bridge on both sides. Several fire brigade vehicles rushed to the scene and are trying to extinguish the flames