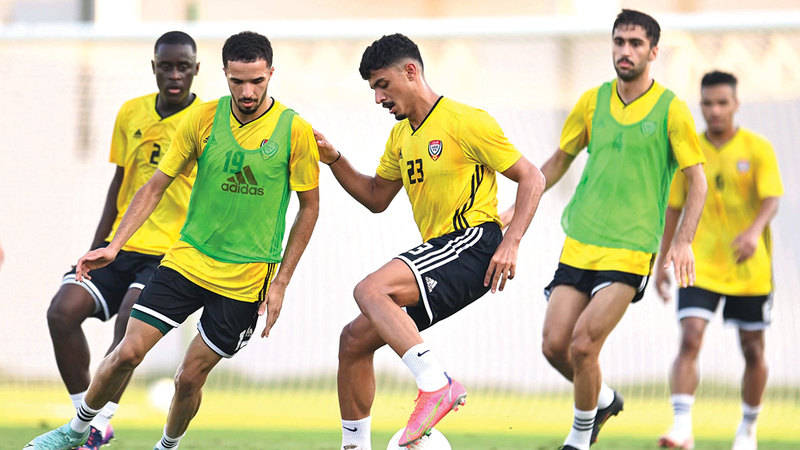 The day before yesterday, the delegation of the Olympic team arrived in Dammam in the Kingdom of Saudi Arabia, in preparation to participate in the second West Asian Championship for the U-23 teams, which will be held from October 4 to 12, where Al-Abyad plays in the second group along with Palestine, Lebanon and Iraq.

The team conducted a training session before traveling to Dammam, at the Theyab Awana Stadium at Al-Ittihad headquarters in Dubai, under the supervision of Spanish coach Denis Silva.

For his part, Adnan Al-Talani, member of the National Teams and Technical Affairs, confirmed that the technical staff of the team chose the elements that prove their efficiency, competence and merit in representing the team.

Al-Taliani added in a press statement: “The tournament is very important as it comes shortly before the qualifiers for the AFC U-23 Cup final, which the country will host at the end of October, noting that the players’ morale bad. very high, and everyone is ready to provide an ideal level in championship matches.

The team will begin its journey tomorrow in the tournament against Lebanon at Prince Mohammed bin Fahd Stadium in Dammam, with the match being played at 7.30pm UAE time.