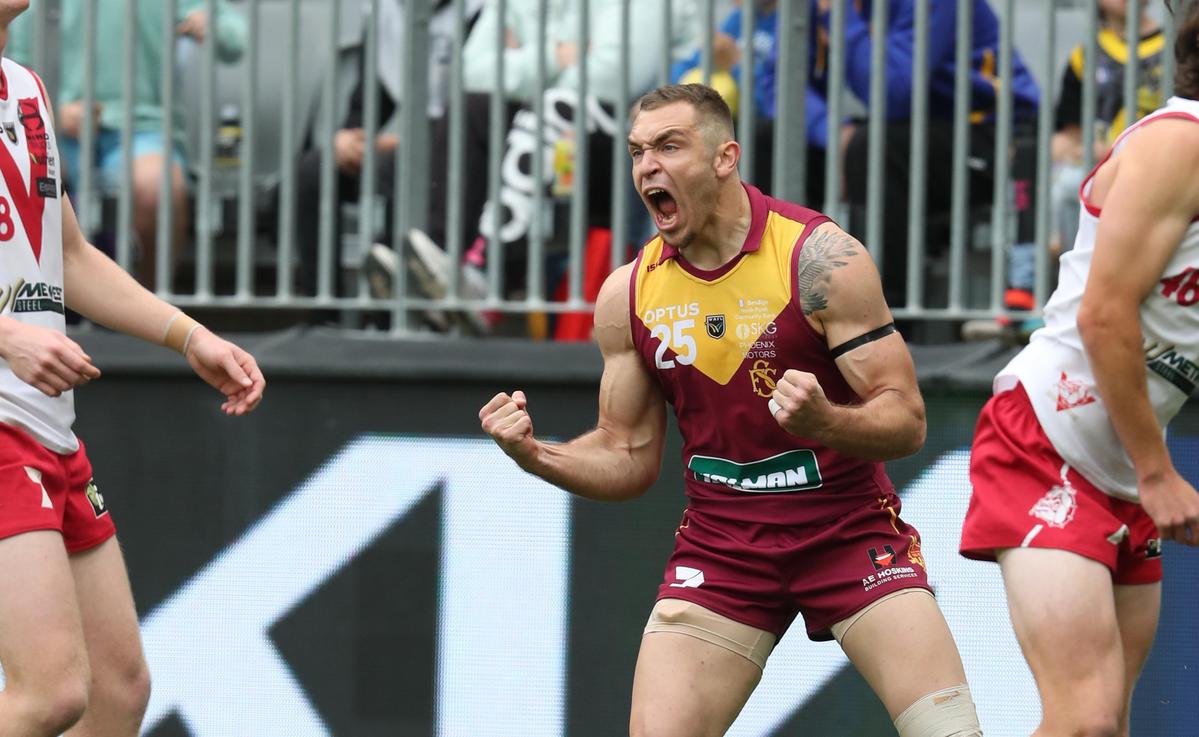 Normal service has resumed in the WAFL.

Subiaco has dominated the league this century, but after missing the final last season, the Lions responded with an emphatically big performance against South Fremantle to secure their fifth premiership in eight years.

The Bulldogs were left aimless for an hour halfway through the game as the loss of their key personnel in recent weeks proved impossible to overcome.

Simpson medalist Greg Clark was the architect after the main break when he had to be treated for a badly bruised shoulder, but he was also committed to changing the game.

Clark pressed on as expected from one of the league’s most influential players, ducking a loose ball into the goal field to reward his team’s strong start to the second half.

A minute later, Lachlan Delahunty was given an outside 50 free after being badly tackled and handballed to his teammate whose 55m bomb carried the goal line.

The double attacks took the wind out of South’s sails and they spent the rest of the quarter under immense defensive pressure and were unable to counterattack with any precision.

It was a very different story in the first half when South dominated the game but was unable to get enough reward on the scoreboard.

Using the method Subiaco used during their successful period this century, the Bulldogs absorbed significant pressure in the first half and then imposed their own intensity on their opponents.

Their physical approach was emphasized by Noah Strom’s brutal but legal punch that staggered Clark after a heavy blow to the shoulder.

South’s repeated within 50 entries finally told with teenager Jesse Motlop poking home a loose ball from a few yards and Travis Abbott really kicking after a strong strike on offense.

South’s domination was set up by Brock Higgins in the last game of a yeoman career.

While George Wessels limited Leigh Kitchin to three touches in the first half, the Bulldogs shot forward thanks to Higgins’ strong work in the ruck.

But Subiaco could not be contained and reacted late at halftime to extend their narrow quarter-time lead to nine points at the main break.

Michael Braut got the score going when he was able to take advantage of South’s poor defensive mistake by claiming an undisputed mark on the goal line in the opening minutes of the game.

Braut’s accurate snap from off the back post contrasted with Jimmy Miller’s shaft from close range on the other side after marking directly in front.

But South’s stifling defensive pressure limited the Lions, who were only able to add one more major in the run from eight within 50 entries.

While only playing his 16th league game, McQuilkin produced two excellent defensive attempts to thwart Brandon Matera, who was caught attempting to play from a point close to goals and then couldn’t break free from the youngster in another desperate one-on-one. -a match.

South finally got on the board when Acting Captain Mason Shaw converted a strong point about 45 yards.

South’s biggest early problem was not being blown away in the opening stages of the match; they achieved that goal of setting up their later push, but were unable to sustain their effort.