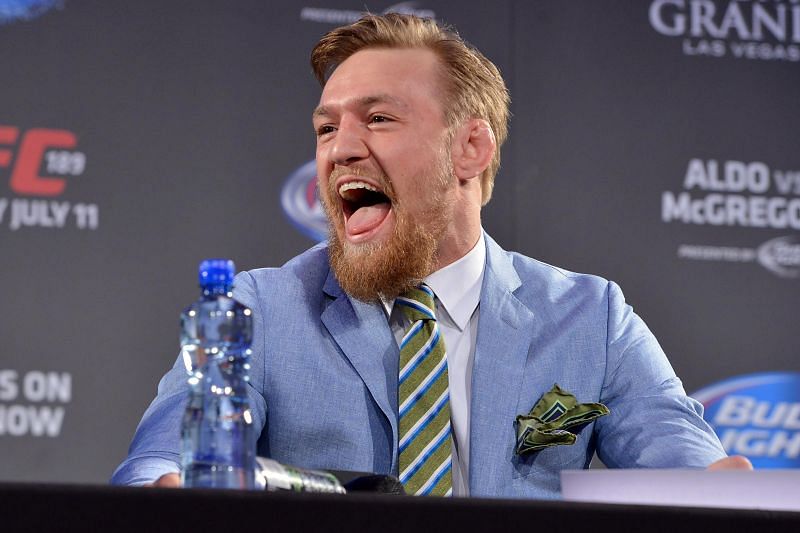 WWE RAW star Riddle hopes to be as good as Conor McGregor at selling himself to his audience and making a lot of money.

In this week’s After The Bell, Riddle was asked what he thinks of the martial arts world right now and how celebrities have participated in boxing matches. Riddle believes that many of these celebrities are intelligent business people who can maximize their fan base to make money.

He cited the example of MMA legend Conor McGregor and his expertise in marketing himself. Riddle wants to be as good as Conor when it comes to personal branding:

“They’re smart. We can all say, ‘They’re stupid, they buy all this jewelry, this, that, whatever.’ Dude, they’re rich, they make great moves, they’re always the talk of the town and that’s that You can’t really… it’s like Conor McGregor, I want to talk shit about him sometimes, but it’s like the guy is really good and he’s got his whiskey and he’s so good at marketing himself, everything is just so good that, what can I do? I wish I was good at that,” said Riddle.

The WWE RAW Tag Team champion doesn’t like the disrespect these celebrities show for their fights, but argues that they are doing it smartly to get the attention of the public.

Riddle was an MMA fighter before coming to WWE

Today 10 years ago in the UFC I dropped elbows on faces and 10 years later I do the same but in WWE once a stallion always a stallion bro https://t.co/PfIlm6mGjx

Riddle entered the MMA world after participating in the reality show The Ultimate Fighter in 2008 and having a five-year career in the UFC. In 2013, UFC released Riddle after failing their drug test for the second time in a year. He has an 8-3 record in MMA, with his last fight in 2014 under Titan FC.

Got the biggest birthday present of them all today maybe 9 years late but still a great present and one more thing my record is 10-3 bro https://t.co/8WBMOH7fpt

Please H/T After The Bell and Sportskeeda if you use any of the quotes above.

Vince Russo and Dr. Chris Featherstone will get you in the mood for the WWE Draft. Click here for more.