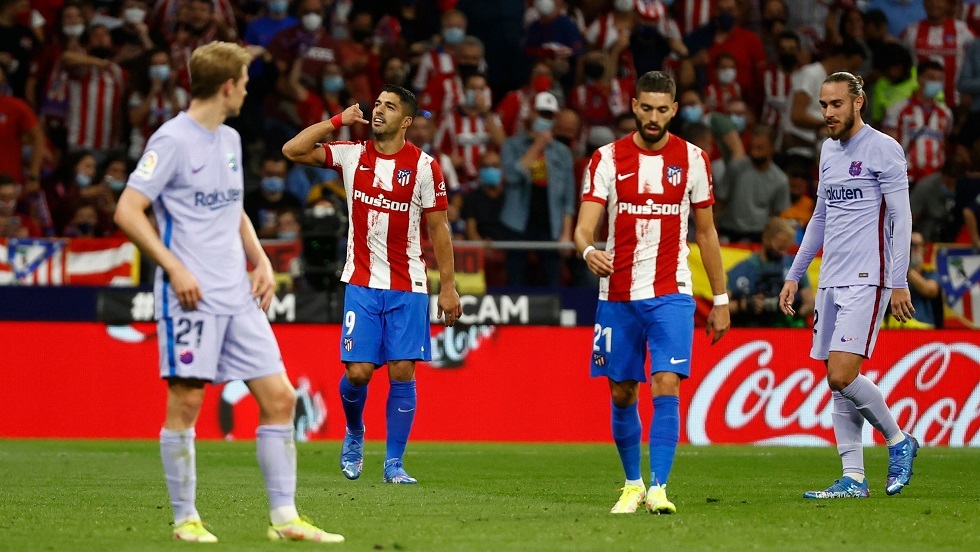 Atlético Madrid inflicted an impressive defeat on guest Barcelona (2-0) in the game that took place between them today, Saturday, in the eighth round of the Spanish football league.

Atlético Madrid increased its tally to 17 points after this win, occupying second place in the La Liga standings, behind goal difference of the leaders, its neighbor Real Madrid, who will visit Espanyol on Sunday, during the “Power 8 ” stadium in Barcelona, ​​​​Also included in this round.

While Barcelona suffered its first defeat in the competition, it dropped to tenth place in the “La Liga” ranking with 12 points.

And Atletico Madrid, led by Luis Suarez, the winner of the competition, may have put the final nail in the coffin of Ronald Koeman’s training career with Barcelona, ​​especially as this defeat came after two consecutive defeats for the Catalan team in the Champions League, the first in his own home against his guest Bayern Munich. With three goals without reaction, on Tuesday, September 14, at the start of his career in the tournament, and the second against his host, Benfica, with the same result , in the match that brought them together last Wednesday, in the second round of the group stage .