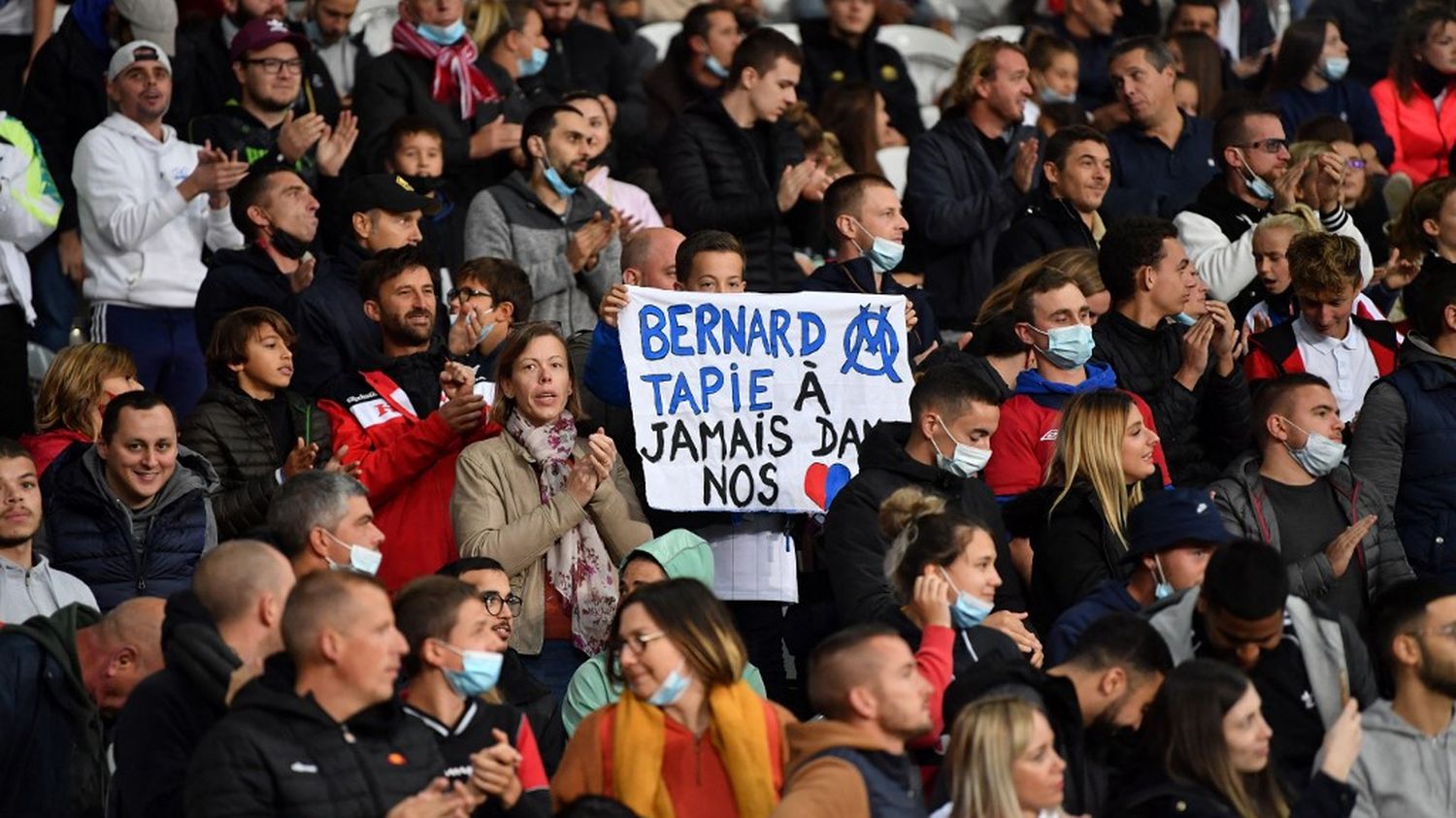 OM wanted to face the boss on the ground, LOSC decided otherwise. Angry by The death of Bernard Tapie earlier today, the Marseillais, reduced to ten in the second half, boasted on the Lille lawn (2-0), Sunday, October 3, on the occasion of the ninth day of Ligue 1. But the players and supporters were eager to pay tribute to their former president, symbol of the club’s golden age.

Black armbands on the arm, Jorge Sampaoli’s players had only one wish: to leave with the 3 points, as a tribute to the former president who could bring the club to the roof of Europe. Before the meeting, the Marseille coach did not hide his emotion at the Canal + microphone: “It is a day of mourning for the people of Marseille as today they see the disappearance of someone who raised the club in all areas and who will long be remembered as one of the best leaders the club had.“.

Within seconds, the businessman’s face appeared on the giant screens of the stadium, accompanied by applause from the audience. In the stands, some Marseille supporters had managed to sneak into the stadium despite the travel ban afterwards the excesses that took place at the Angers-Marseille meeting. They released their finest smoke for the emblematic president of OM’s golden age.

Others have chosen to honor it in a more discreet way, waving banners that read in capital letters: “Rest in peace boss“, “Bernard Forever lurking in our heartsSongs were also sung in honor of the former president.

But on the ground, the Marseillais were stabbed by the Lille from the start. Very shocked, the Marseille defense finally burst before half an hour of play on an attack from Jonathan David (28th). Reduced to 10 after the ouster of Cengiz Ünder (77th), the Marseillais capitulated at the end of the game to another performance by David. Nevertheless, songs in honor of Bernard Tapie, in a small commission, continued to resonate within the confines of the stadium. A big tribute to the former president will take place on October 17, during the reception of Lorient on behalf of the 10th day of Ligue 1. In the presence, this time, of all Marseille supporters.