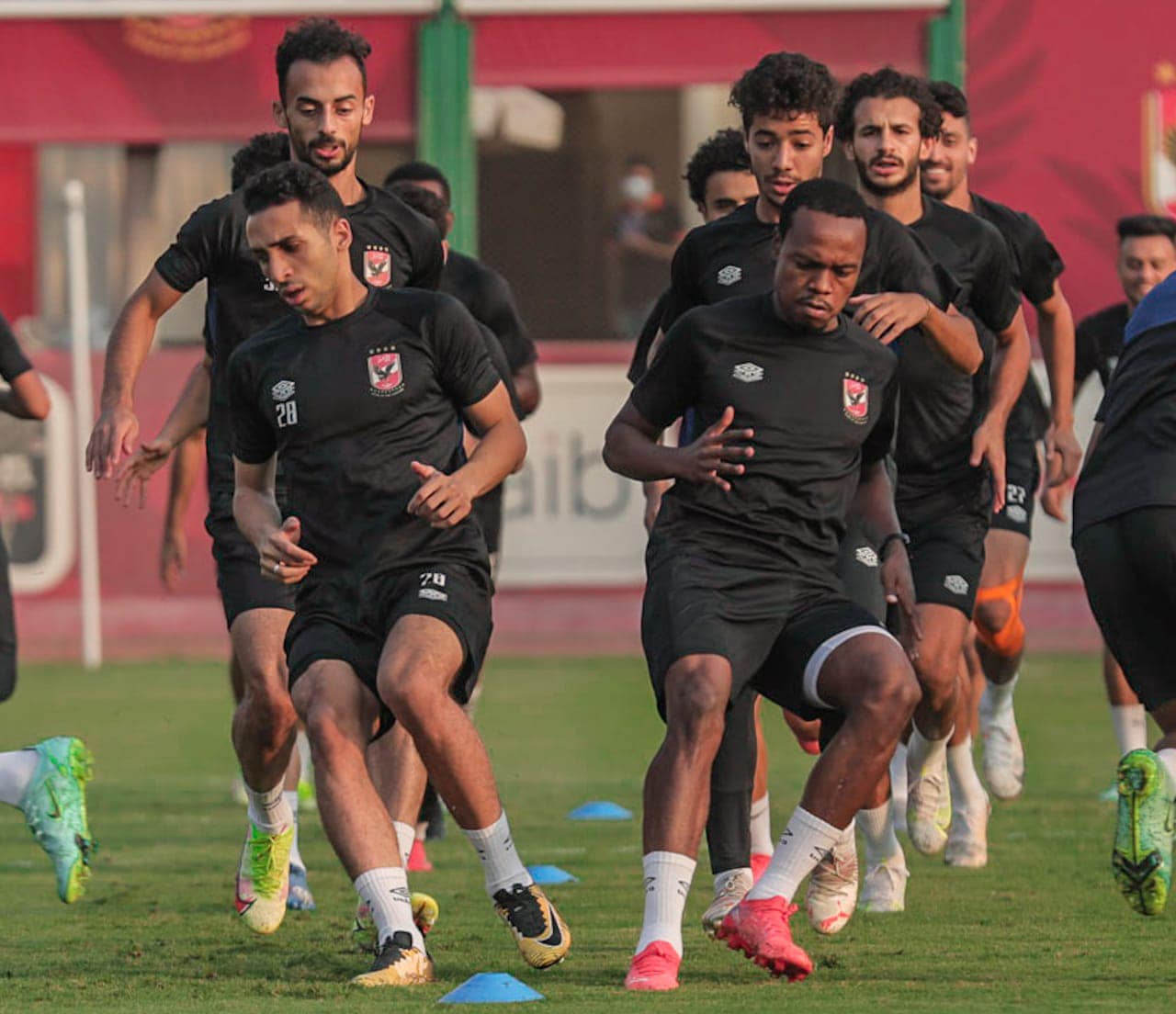 The first football team of the Al-Ahly club conducted its training session tonight at the Al-Teach stadium, in preparation for the confrontation with the National Guard, the champion of Niger, to be held on October 16, in the first leg of the 32nd round of the African Champions League.

Before the start of the training, Pitso Mosimane, the team’s coach, wanted to give a theoretical lecture with the players to talk about the challenges of the next leg.

The training included a physical aspect under Capello’s supervision, the schedule of the loads, then the coaching staff led a division along the field with the participation of two guards, and Musimani was eager to talk to the players to discuss the tactical aspect during the training. implement. correcting the ball exercises and mistakes.

Strong training for the guards

The goalkeepers of Al-Ahly underwent intensive training led by Yancon Michel, the goalkeeper coach of the team.

Musimani was eager to have a session with his assistant staff on the sidelines of Al-Ahly’s training session, to find out the final vision of the training program and all matters related to the technical and administrative aspects in order to prepare for the next phase that precedes travel to Niger.

In today’s practice, South African Percy Tau witnessed part of the group training for the first time after recovering from an injury sustained while joining the South African team early last month.

The medical staff confirmed that Percy Tao will gradually join the training, after recovering from a ligament rupture that he sustained and kept him out of the team for the past period.

Hussein Al-Shahat also took part in group exercises after he recovered from stress in the connective muscle, and the club’s medical staff wanted to give the player enough time to recover from the injury, and Mohamed Magdy Afsha also participated in the training on based on his desire.

Al-Ahly’s coaching staff decided to give Mohamed Sharif, the team’s player, three days of group training after he was left out of the roster of the national team that will play the two matches against Libya in the qualifiers for the 2022 World Cup.

Remarkably, Al-Ahly played a friendly against Al-Ghaba at the island’s Al-Teach Stadium last week, winning it by seven goals without a return, in preparation for the next leg.