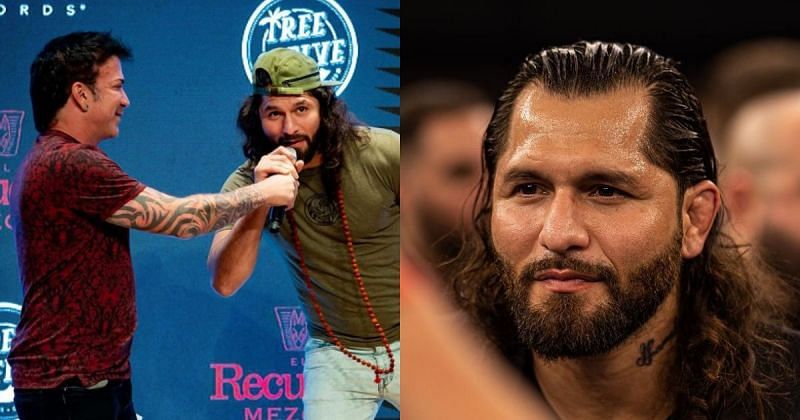 Jorge Masvidal believes that certain parts of MMA media are “sexist”. He has criticized them for overlooking women’s bare knuckle fights. ‘Gamebred’ suggested that journalists should try harder to cover the women.

In an interview with MMA Uncensored, Jorge Masvidal spoke in particular about his own MMA promotion, the Gamebred Fighting Championship. Masvidal stated:

“It’s quite interesting that a lot of MMA websites don’t cover it. But that’s because they have a personal problem with me. But they should look at the bigger picture when reporting on the advancement of women’s sports. So I’m really mad at some of these websites that don’t give it the love and sh**. Because if it was any other promoter, it would be all over these pages. But these pages are run by a lot of these guys who don’t like me personally.”

“What the f**k is going on here? I kinda see, I don’t want to draw the line, but what’s that called… oh, sexist. Those websites are sexist, motherfucker. They are. I’m talking about on Instagram pages, websites; all these websites that are about MMA.”

Check out Jorge Masvidal’s comments on the coverage of women’s bare knuckle fighting below:

Jorge Masvidal’s Gamebred FC held its second event on October 1 at the Biloxi Community Center in Biloxi, Mississippi. The event featured both male and female fights and was topped off by a fight between Alex Nicholson and Johnathan Ivey. Nicholson defeated Ivey via TKO in the first round.

Jorge Masvidal wants to return to winning ways in the UFC

Jorge Masvidal’s stardom and momentum has taken a beating lately. That’s thanks to a pair of defeats to reigning UFC welterweight champion Kamaru Usman.

Masvidal’s most recent fight was a second round KO loss to ‘The Nigerian Nightmare’ in their rematch at UFC 261 in April. It was the first time he was stopped by KO/TKO or submission in the UFC.

Jorge Masvidal has consistently maintained that he plans to fight again this year and fight his way back to another shot at the UFC welterweight title.