An athlete like Ronaldo and Pogba, Khabib was intrigued to see how Manchester United’s superstars felt the night before the game. That is exactly what ‘The Eagle’ learned from his meeting with the Red Devils duo.

Watch Khabib Nurmagomedov’s interview with Manchester United below, which was uploaded to his own YouTube channel:

This is not the first time Khabib has had contact with Ronaldo. He even has a cordial relationship with the Manchester United talisman. The Russian has also repeatedly said that he thinks Ronaldo is the best footballer in the world.

Following Ronaldo’s shocking move to Manchester United, ‘The Eagle’ revealed that the Portuguese superstar had told him about his move to the EPL a month earlier.

Khabib Nurmagomedov is an avid football fan. Though a perennial supporter of Spanish giants Real Madrid, ‘The Eagle’ is not afraid to acknowledge Manchester United’s influence on the beautiful game.

“Manchester United have a very big story. A lot of great players play here and I believe they have the biggest fan base in the world. This is great history. This is one of the greatest parts of history in football. Without Manchester United, I don’t know what football would have been like.”

After retiring from the MMA sport, Khabib has made his presence known in the football world. In August of this year, he reportedly signed a professional football contract with FC Legion Dynamo, a third-rate Russian football club based in his home Dagestan.

However, Khabib Nurmagomedov later made it clear that he has no intention of entering the football field and becoming a professional football player. 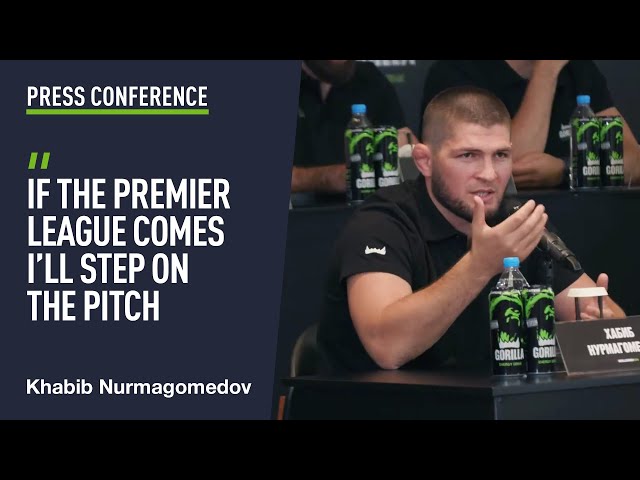