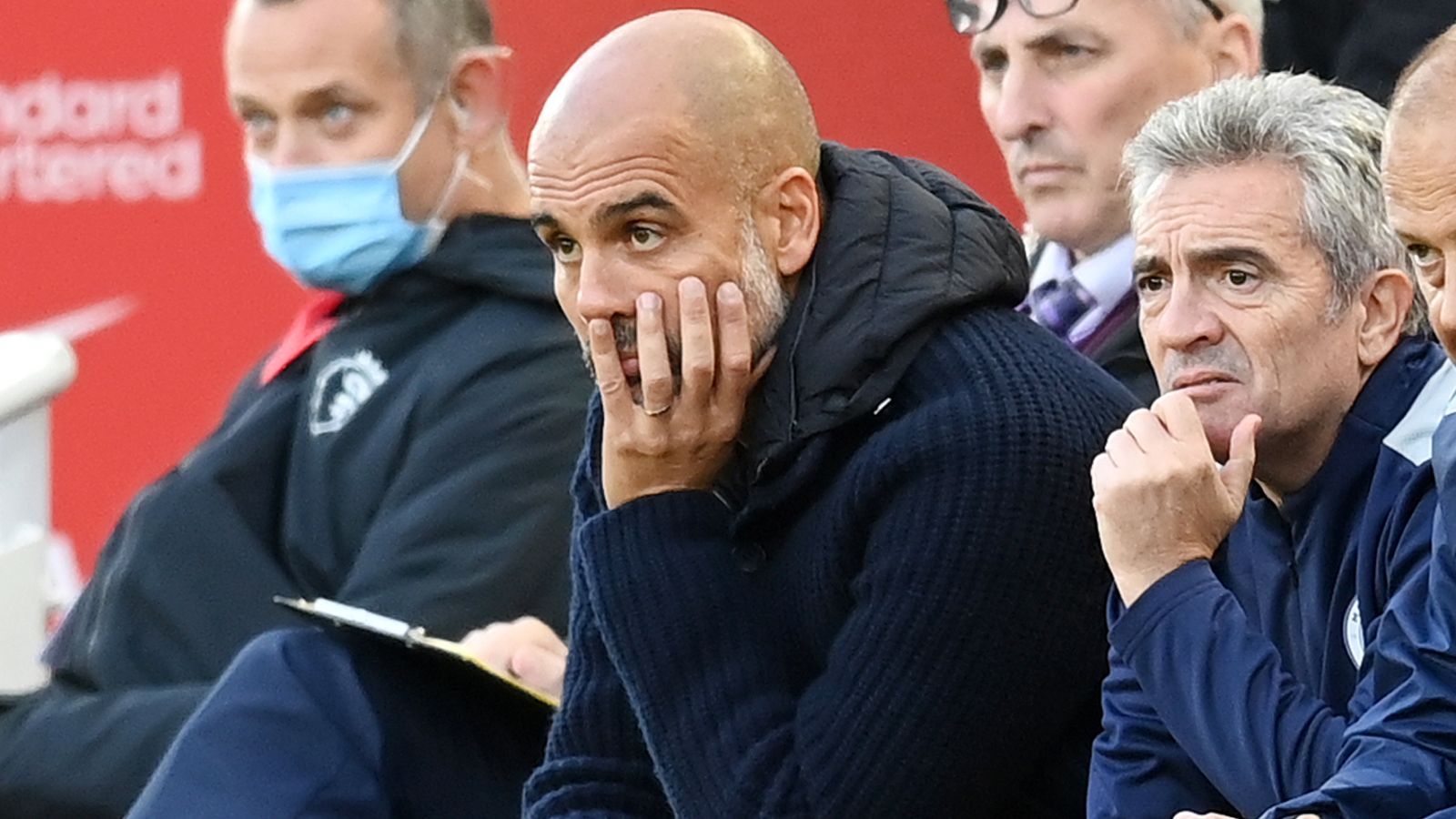 Manchester City have filed a complaint with Liverpool about a supporter allegedly spitting at members of their backrooms during the 2-2 draw at Anfield.

Liverpool have confirmed they are investigating the allegation, which allegedly took place after City’s first goal. There would also be images of the perpetrator.

City boss Pep Guardiola hopes the hosts will take action if the claim is proven, but stressed that this kind of behavior “are certain people – not just LFC” after referring to their team bus being damaged at the stadium in 2018.

He told air sports: “I don’t know what happened. I heard something from the crowd – something that was not kind to the staff. But I’m not sure exactly what. I didn’t see the footage.

“I’m pretty sure that if it happened, what people have told me, I’m sure Liverpool will take action against this person. Liverpool is much bigger than this behaviour.”

FREE TO WATCH: Highlights from the 2-2 draw between Liverpool and Manchester City in the Premier League.

“Nothing will change my admiration for this club. It was the same story two, three years ago when we came here and they destroyed our bus – it’s certain people, not just Liverpool FC.”

“It’s always a pleasure to come to this stadium. It’s an honor for this atmosphere, how they support the team. That’s why it’s Anfield.”

Guardiola protested to fans behind the dugouts after being angry over an incident where James Milner avoided booking for an alleged foul on Bernardo Silva in the second half.

Guardiola was later himself given a yellow card from referee Paul Tierney for his protests, before Kevin De Bruyne’s strike resulted in a point for the visitors after the score remained goalless at half time.

Sadio Mane had put the home side ahead before Phil sent Foden into the far corner to make it 1-1. A stunning solo goal from Mohamed Salah looked to have won the game for Liverpool, but De Bruyne struck through a deflection.