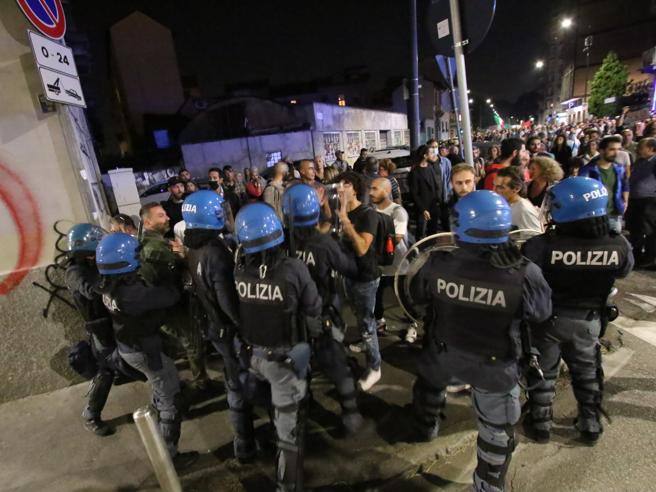 Five No green pass activists arrested by police for the violence during the march on Saturday 2 October in Milan. The arrests were blatantly carried out by Digos agents and the mobile squad and the protesters are set to appear before a direttissime judge on Monday. They are charged with aggravated resistance to an official and were all held back during the final stages of the march and the incidents in Viale Monza where the No Vax activists broke through a police cordon. They are a 48-year-old, two 31-year-olds, a 29-year-old and a 26-year-old. Six others are under investigation.

The counter-terrorism pool headed by Alberto Nobili is investigating the incidents, which had already dealt with numerous complaints in recent weeks for unauthorized demonstrations, roadblocks, private violence and resistance. Saturday was the first no pass march in which arrests were made. Eleven people were arrested and taken to the police station, six of whom were charged with various crimes: unannounced demonstration, public service interruption, private violence and resistance. In the five most serious cases, the police led to the arrest for aggravated resistance rather than the optional code in these cases. During the march on Saturday, the police and carabinieri became the target of insults and threats from the protesters: sold, sold, clowns, we will pay your salary, Wednesday…. In the procession he praised Nunzia Schilir . several times, deputy police commissioner, intervened in Rome during a demonstration to denounce the unconstitutionality of the Green Pass.

If you want to stay informed about news from Milan and Lombardy, subscribe to the Corriere Milano newsletter for free. It arrives in your mailbox every Saturday at 7am. Enough Click here.