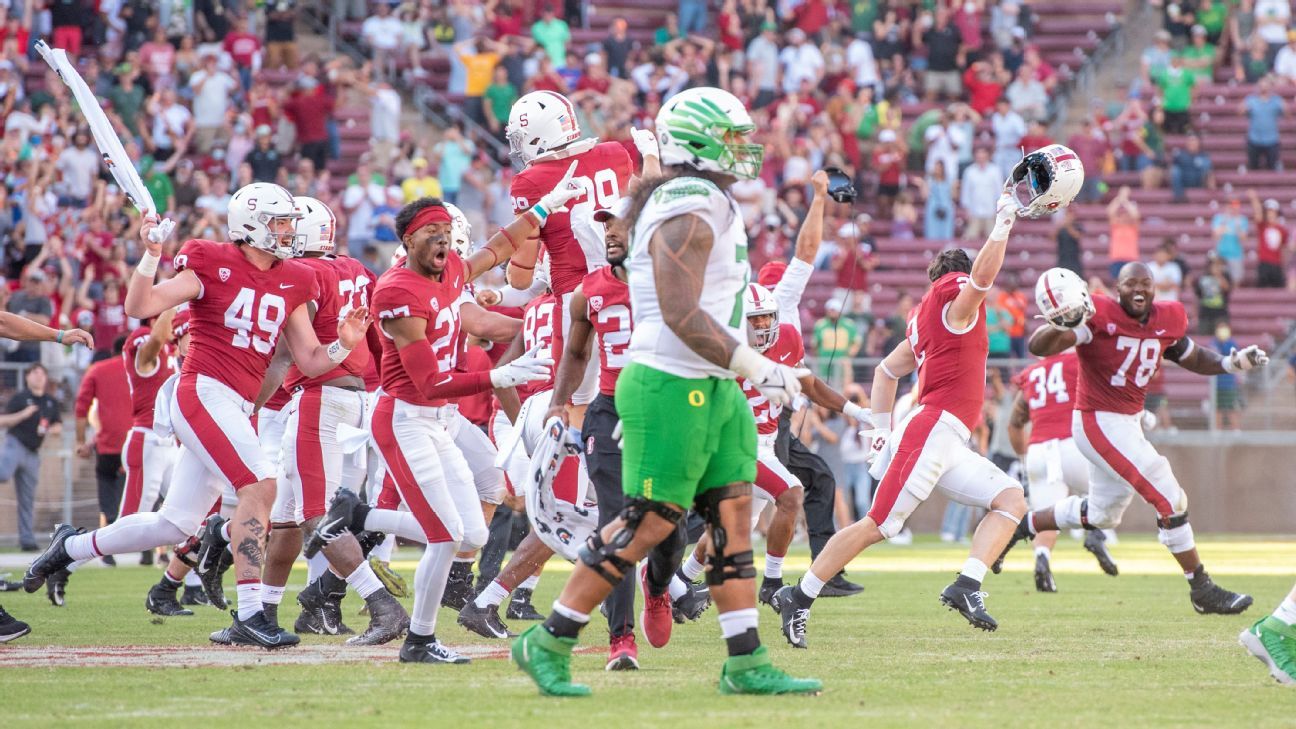 STANFORD, Calif. – In the Oregon locker room after losing 31-24 overtime to Stanford on Saturday, there was an unspoken understanding of what it meant. Unlikely circumstances are needed for the third-ranked Ducks to reach the College Football Playoff.

“[There are] a lot of guys hurting in that locker room,” Oregon coach Mario Cristobal said. ‘We should be. We should all be in pain and we just haven’t done enough.”

Cristobal praised his team’s ability to react from a poor first half and seemingly take control after trailing 17-7 at halftime, but bemoaned the mistakes that pushed the game into extra time.

With one minute and 44 seconds left in the game, Oregon led 24-17 and Stanford faced 2nd and 19 from his own 4-yard line. At that point, the Cardinal had gained just nine yards of total offense in the second half and an Oregon victory looked imminent.

But Stanford responded, marching 96 yards on 10 plays to tie the score. The drive was largely governed by three Oregon penalties – two personal fouls and holding onto the last timed play of the game defensively.

The validity of those flags can be debated, but Cristobal tried not to blame them.

Cristobal said CJ Verdell’s apparent leg injury appears significant and he is not sure when the running back will return.

For Stanford, the win has the potential to be a springboard to what appears to be a wide-open Pac-12 North.

“I think we needed that,” said Stanford coach David Shaw. “We had to lead the way and fight through adversity and find a way to win against a really good football team.”

It was the Cardinal’s fifth win against a top-5 team in Shaw’s 11-year tenure, taking him to 93 all-time wins along with former Oregon State coach Mike Riley at number 10 in conference history.