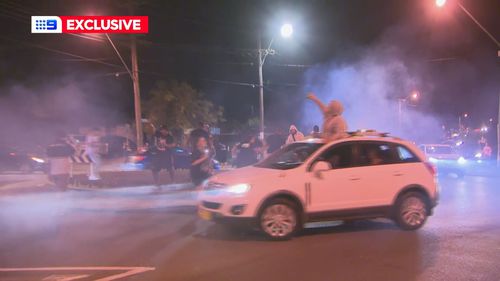 Police entered as a crowd of hundreds gathered at the Penrith Leagues Club.

Drivers were seen with burnouts, while passengers in other cars sat in the trunk and waved Panthers flags.

Another popular spot for revelers was the childhood home of Panther’s five-eighth Jarome Luai.

There were reports that some fans had reportedly turned against police trying to impose order, eventually closing the Leagues Club’s car parks.

The ME, the dog unit and PolAir were all deployed in the area.

Some officers were reportedly pelted with objects.

At least one person has been charged.

He has been charged with several traffic violations, after allegedly doing burnouts and also allegedly accelerating at police officers in part of the crowd.

The Panthers won their third NRL Premiership last night by beating the Rabbitohs 14-12. 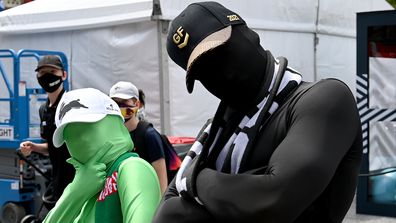 Photos of the week: NRL fans act wonderfully weird before the grand finale

It was the Penrith club’s second major final in a row, having lost to the Melbourne Storm last year.