Ellis was a famous physician and social reformer. He was born in 1859 and died in 1939, just months before World War II broke out.

Orwell began his review as follows:

“When the surviving writers of the nineteenth century pass away, you feel like they are dying just in time.

“Ten more years, even five years, and they may horrify the world they helped create.

“When Havelock Ellis was born, the Origin of Species was a brand new scandal; when he died, the Germans were in Prague.

In between lay eighty years of “progress” and “enlightenment,” of the patient, courageous efforts of men like Ellis himself to carve down the foundations of Christian civilization.

“It had to be done, but the result was completely different from what was intended.”

It’s one of the all-time intros.

And it feels like there could be an analogy somewhere about the state of our modern economic policies and the policy makers that brought us here.

Have we thrown the baby out with the bathwater?

In the 1970s, the Australian economy went through a major crisis.

It was hit by “stagflation” – stagnant demand and persistently high inflation, with high and rising unemployment – and Australian policymakers were unsure how to fix it.

But they had to try.

So in their desperation, they ditched the “full employment” policies of the post-war years, which had kept the unemployment rate below 2 percent for more than 25 years and helped Australia’s middle class expand rapidly after World War II.

The new model, built in the 1980s and early 1990s, deliberately caused much higher unemployment.

That higher unemployment was used as a policy tool to suppress wages and inflation.

The unemployed are team ‘inflation control’ 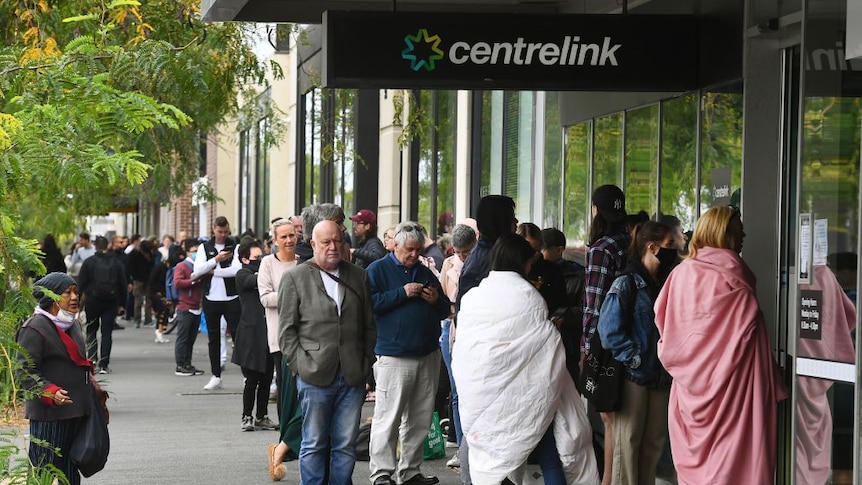 Since the 1980s, our economic policies have used thousands of unemployed people as a buffer against inflation. Were you one of them?

It’s the model we still live with.

But when policymakers turned their backs on the old full-employment model, they threw out the baby with the bathwater.

The positive spillovers of a fully functioning economy? Away. The cultural and economic benefits of having a public good like the Commonwealth Employment Service? Away.

Something else has also happened.

Policymakers lost confidence in the ability of fiscal policy (the government’s tax and spending powers) to control the business cycle.

They gave that task to monetary policy (ie the central bank’s use of interest rates to influence economic activity).

The shift to the new model ushered in a new era.

And after the initial horror of the recession in the early 1990s, the economy eventually grew for 29 uninterrupted years, a record performance.

But it had a price.

The phenomenon of long-term unemployment became a real scourge after we gave up full employment. Casualization and precarious work have spread throughout the economy.

Wealth inequality has increased noticeably. Successive governments have refused to lift thousands of households out of poverty.

And in recent years, wage growth has slowed to nothing, while the share of national income going to workers has hit record lows.

Would the old policy makers have wanted that for Australia?

Would they be proud? Embarrassed? Ambivalent?

In any case, the loss of confidence in fiscal policy to control the business cycle was significant.

In the old days of full employment, Labor and coalition governments relied heavily on fiscal policy as a key policy lever.

They often spent more money on the community than they brought in in revenue (meaning their budgets showed “deficits”) to stimulate as much employment as possible.

A new economic theory is emerging that could rewrite our understanding of how governments create and spend money.

And they were aware that inflation could become a problem in a fully functioning economy, so they were willing to raise taxes to dampen it.

Why would you raise taxes to lower inflation?

Because higher taxes can reduce demand for certain goods and services, and if you allow economic activity to slow down enough, you can relieve the pressure of an economy running at full capacity.

Does that idea sound familiar?

It’s something proponents of modern monetary theory (MMT) are talking about right now.

But it was not a theory for Australian Prime Ministers in the post-war years.

Menzies was Prime Minister twice. His record second stint lasted from 1949 to 1966.

He was not ashamed of budget deficits. And he was happy to raise taxes to control inflation.

In 1951, for example, Australia had a huge inflation peak.

Consumer price inflation peaked at 23.9 percent that year, according to the Bureau of Statistics — it remains the record in the 70-plus years of the CPI data series.

There were a few sources for that inflation.

The most significant was the ‘Korean War Boom’, which imported a lot of inflation to Australia, and the expansive post-war economic activity taking place domestically also contributed.

How did Menzies deal with it?

He told parliament he didn’t want to cut spending, but would raise taxes instead.

And he planned to collect enough taxes to produce a budget surplus (so he would take more money out of the economy than he would spend in it) in a deliberate attempt to suck inflation out of the system.

It was the first time that a federal government intentionally used Keynesian anti-inflationary fiscal policies in their budget.

‘A budget deficit in an inflationary period like this would be a scandal’ he told parliament.

“It would expose any government to the charge that it didn’t care about inflation because it was willing to pump 50,000,000 pounds of new money into existing stocks to exacerbate inflation.

“Should the tax go up? [And] if so, are the increases fairly distributed? I will endeavor to show that the answer to both these questions should be ‘Yes’.”

That was the “father” of the Liberal Party speaking, in case you’re suddenly confused.

Funnily enough, the budget for 1951-1952 is remembered as the “horror budget” because business and the press were appalled at the tax hikes.

And the timing was a bit unfortunate.

By the time it was introduced into parliament, wool prices had already fallen well from their early 1951 peaks and capital inflows from abroad had dwindled.

By August 1952, many of the fiscal measures in the horror budget had already been reversed. The 1952-53 budget included corporate and sales tax cuts.

But by 1953-54 the inflation problem was under control, and inflation remained relatively low for the next 20 years.

Over time, Treasurer Arthur Fadden came to regard his 1951 budget as one of the best he had delivered in his nine years in this position.

And the 1950s and 1960s are often referred to as the ‘golden age’ for the Australian economy, where the full employment model for millions supported higher wages and rising living standards.

Neither would see how policymakers would soon abandon full employment for good and embrace neoliberalism as they tried everything to solve the great economic problem of the 1970s.