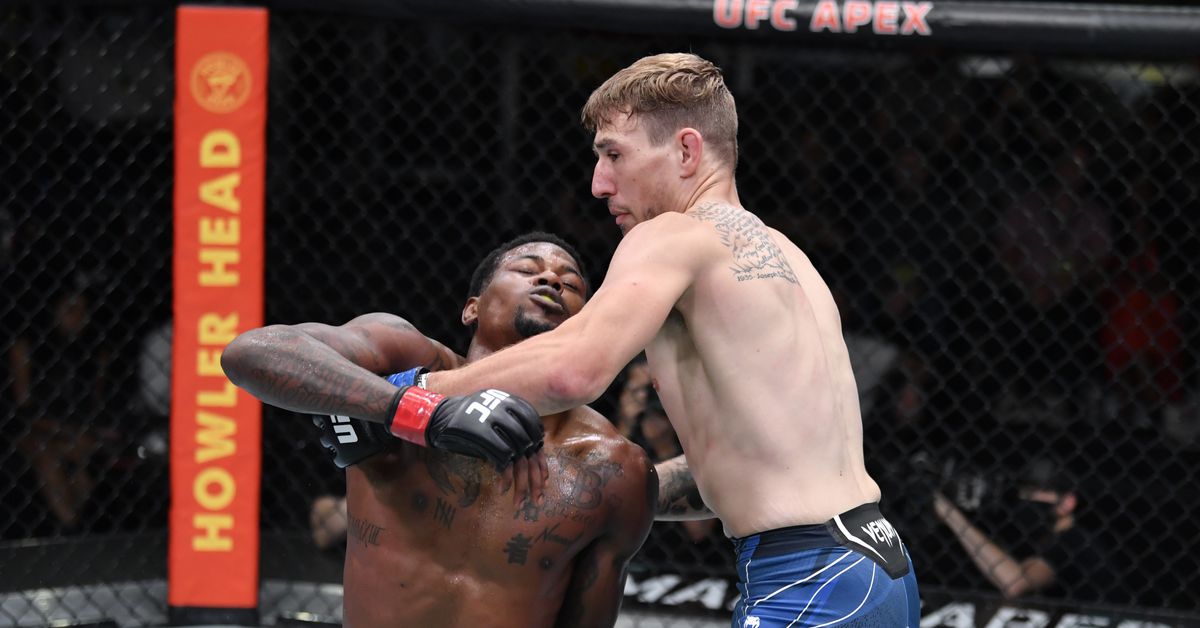 Instant replay was put to the test at UFC Vegas 38 on Saturday after an accidental clash of heads marred Kyle Daukaus’ entry from Kevin Holland.

Referee Dan Miragliotta called for a replay from the Nevada Athletic Commission’s replay officer even before Daukaus sank into a rear-naked choke in the wake of the accidental foul, which briefly knocked Holland out and caused him to scramble to survive.

After moments, Miragliotta, the sold referee of the match, ruled that the headbutt invalidated Daukaus’ entry and declared the match a no-contest at 3:43 in the first round.

The Netherlands was a zombie out there. Went out, came back to life to keep fit.

Sorry for the Netherlands. Last week there was also a clash with Ortega Volkanawski that had a major impact on the momentum of the fighting

I know that the Netherlands now has a serious headache! that headbutt was mean! #UFCVegas38

Incidental touch on the southpaw 5 yard penalty repeat 1st round nah idk though this is a tough one… see johnny bedford vs rani yahya i think…?

Flo fighters fight, we’re trained, we get hurt, we fight. Unfortunately, the blow that hurt was an accidental headbutt. Last week merab was knocked out but kept going. The difference is that he was hit with a legal shot. Kyle did what he had to do and won illegally. https://t.co/2ywQQyxXOJ

Starting the fight over would have been nice