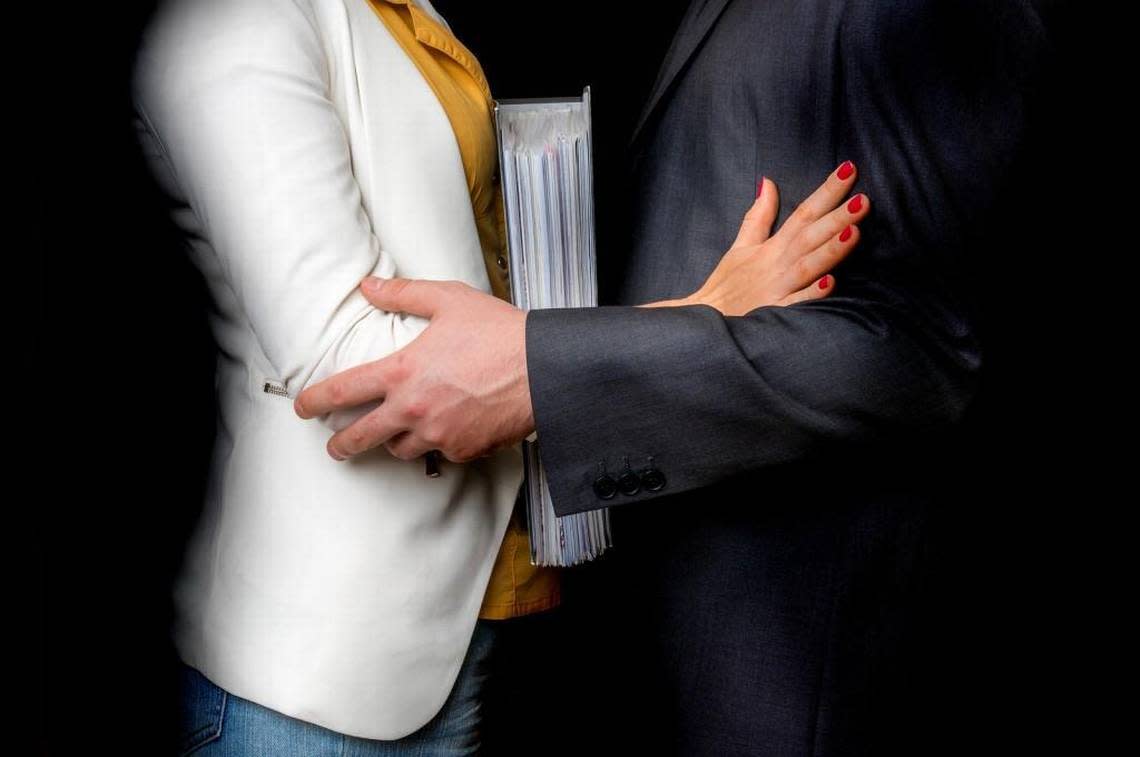 The two had stepped outside for a chat. According to Cashion, “He turns the corner and he grabs me and he fucking kisses me.” As she stiffened in shock, she said he did it again, trying a third time before she was able to push away from him.

“Well, that was weird,” Cashion recalls Shepard saying after the first kiss. “That wasn’t a good kiss. You wouldn’t even look me in the eye. Am I a bad kisser or something?”

Duane Beth, retired Kansas City police officer and GOP activist Duane Beth, the first to greet Cashion when she returned to the event that night, said he could see something was wrong.

“She looked scared and quiet and upset when I saw her, when she walked through the door,” Beth said. When Shepard joined them, Beth says, Cashion “walked over to the other side of me and put me between her and him and turned her back to us, which I thought was kind of odd.”

Later that night, Beth says Cashion burst into tears and told him what had happened, saying, “I can’t believe he stuck his damn tongue down my throat.”

Beth wrote his own account of what she had told him and, after convincing her to report him to the authorities, accompanied her to the Bonner Springs Police Department. Beth says he believes her “100%”.

Is the state party? Kansas GOP Chairman Mike Kuckelman says he is surprised that Cashion spoke to us after telling him she wanted confidentiality and no drama. Kuckelman says it’s ultimately a “he said/she said” situation between two adults over whom he has no authority and who were at a non-GOP event. He said people should let law enforcement figure it out: “And that’s what everyone should be doing now. You don’t go to the media, you don’t do news articles about it,” he said.

The insulting term ‘he said/she said’ generally means ‘I don’t care’, and that seems to be the case here.

Beth, who also spoke with Kuckelman, says the state party chairman didn’t seem to take Cashion’s claim seriously enough to take action. Beth says Kuckelman told him Shepard had vehemently denied the incident, claiming it was Cashion who had kissed him at a previous Chamber of Commerce event in Kansas City, Kansas.

Shepard told us that Cashion had kissed him on the cheek.

Shepard’s supporters say they believe Cashion’s accusation is political retaliation against him for rejecting her idea for a joint GOP fundraiser – after her 3rd District GOP organization became overstretched in its spending.

“Suggesting that a woman would make a serious allegation of sexual harassment to cover up a petty and false accusation of overspending is an insult to all women who have been sexually harassed or assaulted,” Cashion said.

She thinks Shepard should step down, and Beth agrees.

Cashion says the situation has left her with “victim guilt.” She told another party official — who only found her crying outside another recent event — that “my first reaction is to just resign and just leave. I’m not going to do that. I’m going to keep my promises. I’m going to keep my head up and keep moving forward.”

The Kansas Republican Party must take this accusation seriously. And despite his protests, Kuckelman could do more about it. He could interview the parties and witnesses much more deeply and try harder to get to the truth.

The idea that it should be left to the police to investigate Cashion’s claims that Shepard forcibly kissed her is ridiculed by the fact that even the most serious sex crimes are rarely prosecuted unless and until a murder. Less than 1% of rapes lead to a conviction for a crime.

“I did my best for this state and this party. I bled for the state of Kansas’ politics. And I feel alienated and I feel scrutinized,” Cashion says. “I know what happens when women come forward. And it’s happening now. This is exactly why women don’t want to come forward with these kinds of things.”