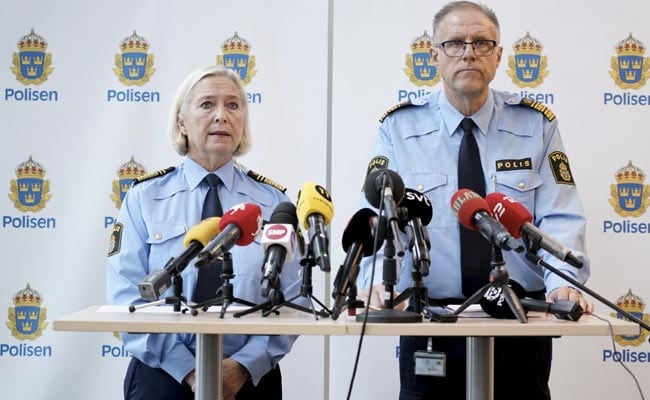 There are so far no signs of malicious intent in the car accident that killed Swedish cartoonist Lars Vilks, who was living under protection after his depiction of the prophet Mohammed led to death threats in 2007, police said Monday.

Vilks was killed on Sunday along with two police bodyguards in a collision with an oncoming truck near the town of Markaryd in southern Sweden.

“We want to completely rule out any outside action targeting the car Lars Vilks was in,” Stefan Sinteus, head of the regional research unit in southern Sweden, told a news conference.

“There’s nothing to indicate that, but we want to make sure so we can rule it out,” he added.

“We want to completely rule out any outside action targeting the car Lars Vilks was in,” Stefan Sinteus, head of the regional research unit in southern Sweden, told a news conference.

Police said they have not yet determined why the vehicle carrying Vilks and the two officers went off the road and broke through a metal barrier before hitting a truck traveling in the opposite direction in the oncoming lane. A tire explosion is one of the hypotheses.

Both vehicles then caught fire and all three passengers died on the spot. The driver of the truck was injured and taken to hospital where he was questioned by detectives.

Vilks, 75, lived under almost continuous police protection as a result of numerous threats and attacks from Islamists after his 2007 caricature depicting Mohammed as a dog was published in a Swedish newspaper.

But on Monday, police said there had been no new concrete threats against him lately.

On February 14, 2015, a young Danish man of Palestinian descent opened fire when he tried to storm a debate on freedom of expression in Copenhagen, organized after the deadly attack on the Paris offices of the satirical magazine Charlie Hebdo.

Vilks escaped unharmed, but a 55-year-old Danish film director and a guard at the Copenhagen synagogue were both shot dead by the gunman, who was himself killed in a clash with Danish police.