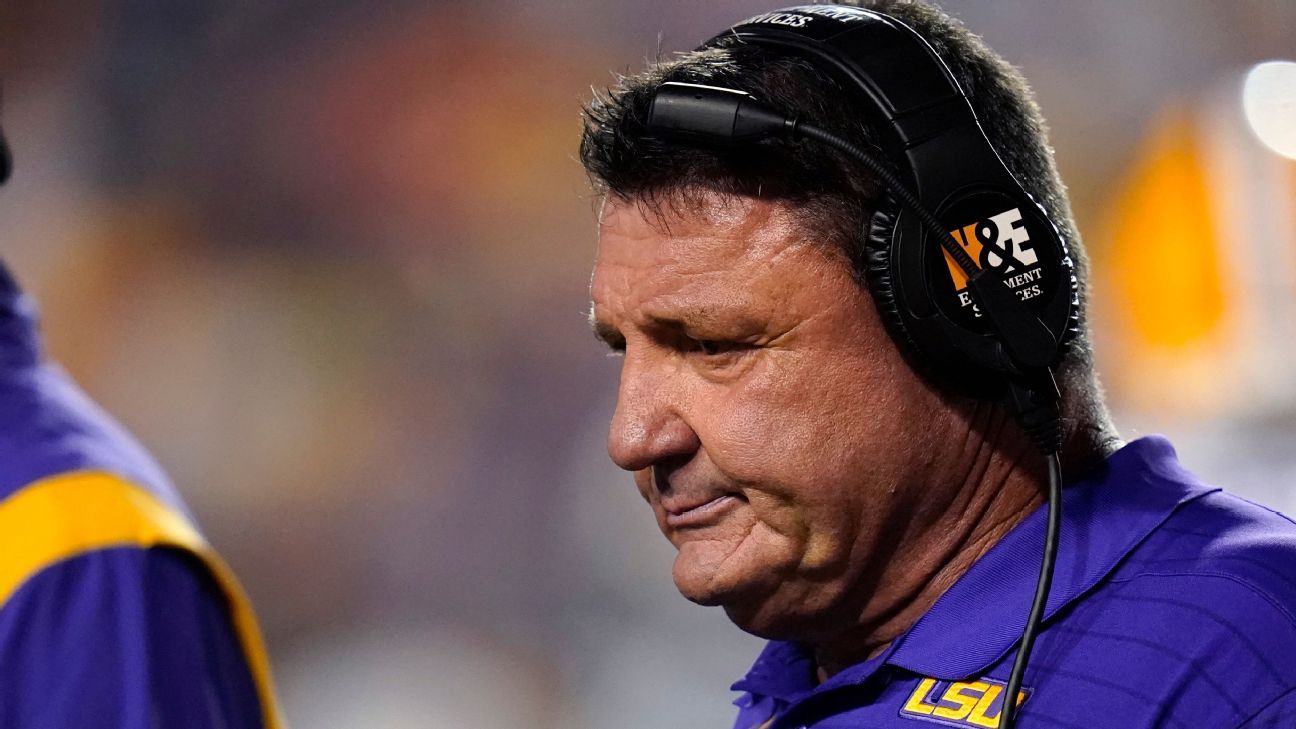 LSU coach Ed Orgeron said responsibility for his football team’s performance during Saturday’s loss to Auburn rests with him.

“Ultimately, I am responsible for the performance of the team,” Orgeron told reporters on Monday. “I will always be responsible.”

Orgeron has been receiving more and more criticism lately.

LSU went undefeated and won the National Championship in 2019. Since then, the Tigers have been above .500 for just two games.

The offense was of particular concern, as it was suggested that new offensive coordinator Jake Peetz didn’t call off plays fast enough or try to change the game at the last minute.

Orgeron said the most important step forward will be to simplify the offense.

“Jake is trying to do a great job,” Orgeron said. ‘I believe in him. There are only a few things we need to solve.’

He added: “We just have to settle in. Mostly just call the play and let them go and not try to change it; I think that’s when we get into most of our troubles.”

Orgeron also said the team needs to refocus on running the football.

Historically, LSU has had one of the best rushing attacks in the SEC. But this season, the Tigers are the second to last in total rush yards.

“We need to make some adjustments to the things we’re doing and maybe some different sets, some different formations to help us be more aggressive and attack the line of scrimmage,” he said. “We’re not doing very well and hopefully we can get that done this week.”

The offensive line is also struggling.

Orgeron pointed to a late change of position as coach that brought Brad Davis in from Arkansas in June, and how injuries have prevented the linemen from creating chemistry.

But Orgeron went out of his way to say he wasn’t trying to make excuses.

“I get questions and they may sound like I’m trying to point the finger,” he said. “You know me and everyone knows me. I’m not. I’m going to take full responsibility for everything that happens in this program.”

Orgeron said it will be a “huge challenge” to beat the undefeated Wildcats.