Cosenza to the vote

AN cosenza, provincial capital in Calabria, where the counting started today because of the regional, we move towards the vote between the center-right candidate Francesco Caruso (39%) and the center-left challenger Franz Caruso (24%). The M5s candidate Biancamaria Rende amounts to 12.5%. The outgoing mayor is Mario Occhiuto, brother of the new governor Roberto.

A woman mayor of Cuorgnè . for the first time

Giovanna Cresto, 46, a lawyer, is the first female mayor in the history of the municipality of Cuorgnè, which has nearly 9,500 inhabitants in the Turin metropolitan area. Cuorgnè’s bourgeois list in the center, with 31.8% of the vote, surpassed the other three in the race for the renewal of the city council.

The Regional Councilor of Lombardy Monica Fortea leave the five star movement. The Ansa learns this from sources in Palazzo Pirelli. Forte, who also chairs the anti-mafia committee in the regional council, will now move to the Mixed Group.

Sganga: “Counting? He even puts his face where he gets lost”

“With you? I did not hear him and I regretted that he was only present in Naples… To start over, to rebuild, you must put your face against it, even where it is lost, as in Turin and Rome”. It is the outburst of Valentina Sganga, candidate for Mayor of Turin for the Five Star Movement who, after running the city for five years together with Chiara Appendino, remained out of the vote.

Carlo Calenda already archives the vote in the capital – where it collected 19.8% of the vote and a third place – and precisely on a national scale: “I believe that, apart from Rome, the time has come for the Democratic Party to reformist choice and leave the 5S to their own devices”. And he adds: “It is also valid for those who really refer to the values ​​of the European people and who do not want to die sovereign. Come on!” 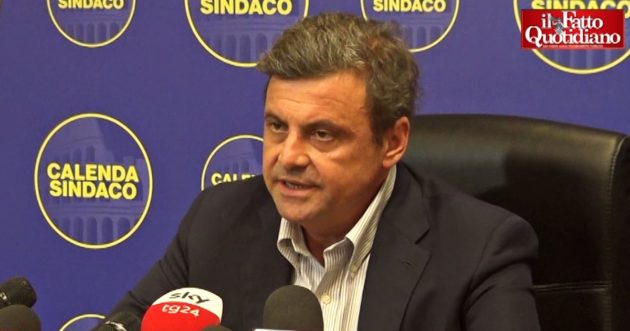 Bologna, 2,586 votes for the Sartori sardine

Among the councilors elected in Bologna to Matteo Lepore’s coalition, the first is: Emily Clancy, leader of the Civic Coalition, which recorded the highest number of affiliations ever, 3541, and is a candidate to serve on the council and become the next Deputy Mayor. It follows Mattia Sartori, founder and leader of the Sardine movement, which won 2,586 votes in the Democratic Party. Also elected the leaders of the Democratic Party, Rita Monticelli, former teacher of Patrick Zaky, thanks to 859 votes. Very likely, though not certain, a seat on the council also for Porpora Marcasciano, head of the Italian Transsexual Movement.