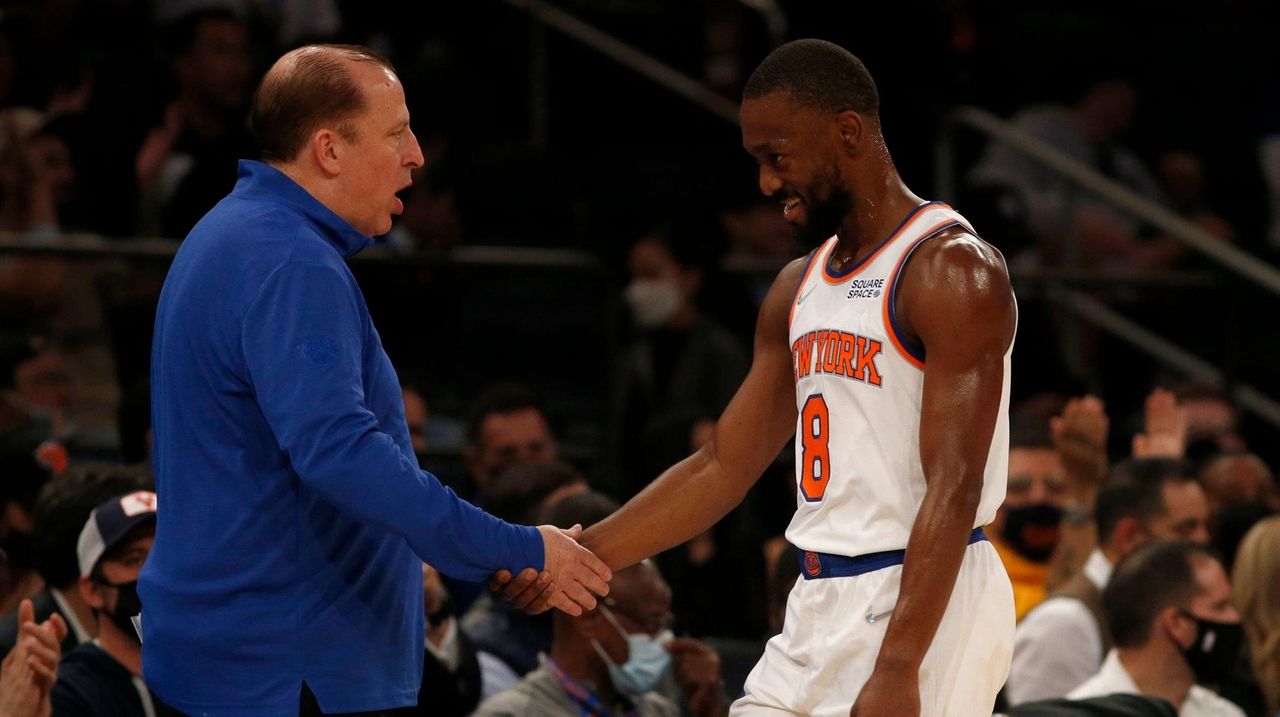 The Knicks took their first step of the preseason and, as you would expect from a team coached by Tom Thibodeau, it was not a preliminary move.

Thibodeau’s team came out with the same intensity as during his first season in New York, but did it with the added firepower of Kemba Walker and Evan Fournier as they rolled to an easy 125-104 win over the Indiana Pacers at Madison Square Garden.

It’s hard to translate anything from a preseason game to the regular season and perhaps more importantly for the Knicks, to the postseason. But it was still an encouraging first step, showing that, just like last year, the Knicks would play every game as if it were their last. And the first test produced mostly positive results with the newcomers to the starting line-up, Walker and Fournier. The duo provided the offensive firepower to put pressure on Julius Randle’s shoulders.

In this game, Randle played 30 minutes and had 20 points, nine rebounds and two assists, while Barrett added 17 points and Fournier and Walker 12 each.

It was the first step in Knicks’ quest to prove that last year’s success was no aberration and that the doubters were wrong. The NBA released its annual GM poll on Tuesday, in which the competition backed up oddsmakers who had predicted a step back in the standings for the Knicks after the surprising 2020-21 season.

While the Knicks finished with a record of 41-31, took fourth place and earned a playoff spot and arguably improved their roster, oddsmakers in Las Vegas have put an over/under on them of 41 1/2 this season. And league GMs didn’t give them a single vote to finish in the top four in the East this season.

In the study, the Nets were picked to win the East with Milwaukee in second, followed by Miami, Philadelphia, Atlanta, Boston and Indiana. Coincidentally, the Pacers were the opponent at Madison Square Garden on Tuesday night.

Get stories, photos and videos about your favorite New York teams plus national sports news and events.

“I don’t care as much,” Walker said. “It’s like this every year. Teams come out of nowhere all the time. Most of these GMs have never played basketball. Let’s face it. Who cares what they think? I care less. We believe in ourselves, you know. we’re going to play so hard every night and that gives us a chance to win every night. I don’t care what a GM has to say.”

While the Knicks improved their offensive firepower, they still have to prove they can repeat last season’s defensive success, finishing third in defensive rating below Thibodeau. The Knicks coach was voted the coach with the best defensive schedules. Last season, it wasn’t just the defense that carried the Knicks, as Thibodeau was named NBA Coach of the Year and Randle earned Most Improved Player honors while earning an All-NBA second-team spot.

The Knicks managed to navigate the uncertainties of a condensed schedule without being derailed by COVID-19 outbreaks that shut many other teams down. Boston and Miami, two of the teams the GMs predicted would jump past the Knicks, both were cut from practice at times and lost key players for long periods of time.

To their credit, the Knicks never had to close practice and lost only two players to positive tests – Derrick Rose and Alec Burke. Under Thibodeau, they were prepared for every match and maximized their abilities while exceeding expectations. But in the postseason, when Atlanta was preparing for the Knicks, they threw them out in five games. Thibodeau has put the success – and the end – of last season behind him and emphasizes that this group is starting from scratch.

Notes & Quotes: In addition to Thibodeau as the best defensive plan, the GM named Madison Square Garden as the third best home field advantage and Kemba Walker as the fifth most underrated offseason acquisition. The Knicks also got votes for best defensive team, best moves overall and draft steals for where they chose Miles McBride (36th). Thibodeau also received votes for the best in-game adaptations. . . Mitchell Robinson stayed outside while rehabilitating his broken right foot. Thibodeau said Nerlens Noel was postponed as a rest day. “It was a chance – I wanted to check out some guys. So this gives us this opportunity, and I just thought where we were, we’ll do it this game. We might have one guy in each game to get some guys who may not be in the rotation initially.”

Steve Popper covers the Knicks for Newsday. He has spent nearly three decades beating the Knicks and the NBA along with just about every sports team in the New York metropolitan area.