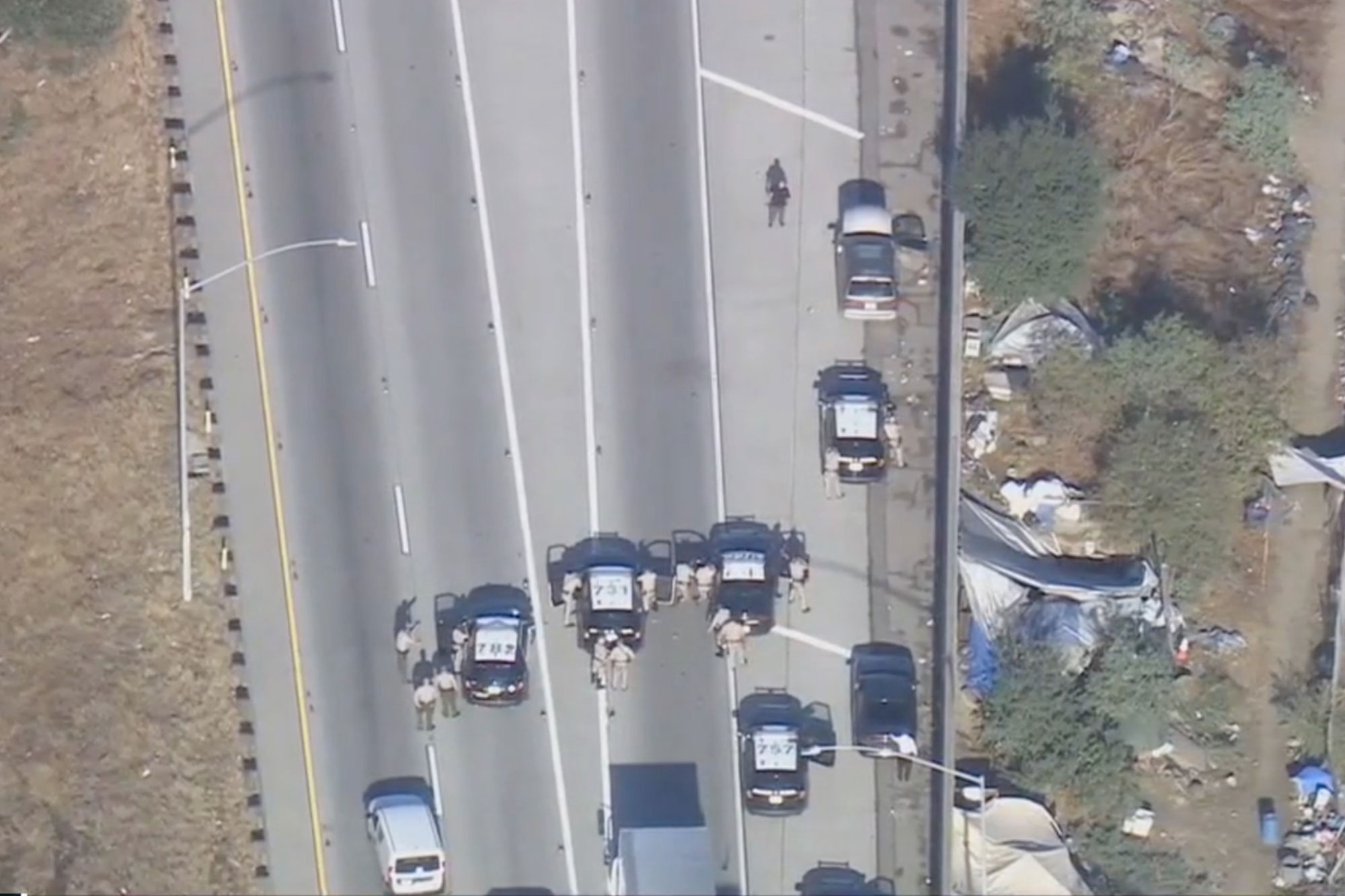 A California murder suspect was shot and killed by police on Tuesday morning after his getaway car broke down on a highway.

California Highway Patrol officers were responding to a disabled vehicle on the 105 Freeway in Paramount when they encountered 35-year-old Jesse Medrano who was wanted for a fatal shooting in South Los Angeles on Sunday. Fox 11 reported.

During the stop, new footage from the SkyFOX helicopter captured Medrano pulling a gun and opening fire on the officers.

The officers fired back and beat the suspect. Medrano was taken to a nearby hospital and pronounced dead.

A CHP officer is said to have suffered a scrape during the shooting.

The SUV Medrano was driving had the same license plate number of a vehicle allegedly stolen by the suspect after Sunday’s shooting.

Medrano was wanted for allegedly shooting and killing 61-year-old Ruben Marrufo and injuring two other people, the report said.