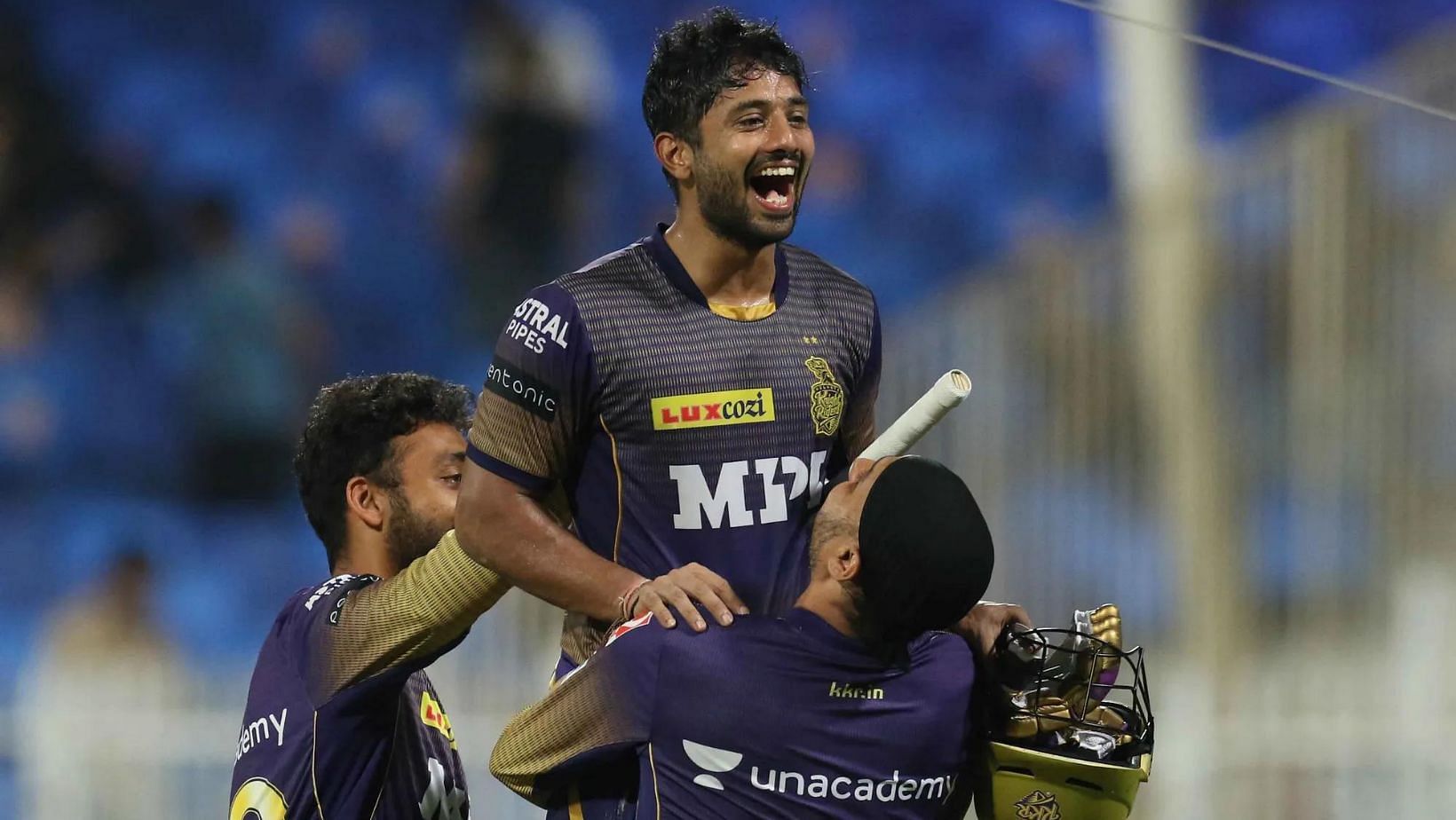 Former South African speedster Dale Steyn thinks the luck of the Kolkata Knight Riders (KKR), the “bad decisions” and the poor form of some older players will overtake them in the final. He explained it with a funny casino roulette analogy, saying that even after 10 blacks in a row, at some point “red will strike”.

KKR passed one of the top teams of IPL 2021, Delhi Capitals (DC), in the final of the second qualifier. Despite dominating most of the game, KKR batsmen nearly played it into the hands of their opponents by collapsing from 123-1 to 130-7 within five overs. It took Rahul Tripathi under pressure a six to get them across the line and set up a 2012 IPL reboot final against Chennai Super Kings (CSK).

“I’ve actually always played numbers. It’s like going to a casino. If it lands on black ten times in a row, at some point, red will hit. I just feel like at some point, KKR’s luck will give you Bad decisions and lack of form from Morgan and DK, things like that will catch up with them. It almost happened tonight and it could happen at the worst moment and that’s the final.”

Dale Steyn added that CSK has been looking on the quieter side this season and will probably be a little too good for KKR in the final. He added:

“CSK look good, very calm. They look like they went in the right direction at the right time. Dhoni looked good last night, he led his team well. Their batters look good… think that KKR can face a better team in the final.”

I see the panic in KKR and go with CSK as favourites: Sanjay Manjrekar

In the same interaction, Sanjay Manjrekar also named CSK the favorites to win their fourth IPL title. He explained that while a likely flat wicket in Dubai would be outside the comfort zone for both teams, MS Dhoni’s side is better than the “panic” KKR unit. The former Indian batter explained:

“Both teams would have liked to see a slow turner because there Chennai is very good at using Deepak Chahar and [DJ] Bravo and others and Kolkata too, when using the spinners. So this is something out of their comfort zone. This is a hard game to call. And as I said before, most teams have one major weakness that can be undone on the big night, but when I look at the way things are and at Dhoni, how he handles the constraints, I’m going with CSK as favourites. And especially after seeing the panic in the Kolkata chase, you know, you start to have doubts about it.”

Manjrekar advised Eoin Morgan and KKR coach Brendon McCullum to be “a little brave” and pragmatic in choosing the team for the final. He said KKR should identify the ‘deadwood’ players and replace them with those who may be better equipped to handle the pressure. He argued:

“This is where I want Morgan and Brendon McCullum to be a little bit brave and identify the deadwood in the team, not just feel emotional and keep players in just because they made it to the finals. They need to look at this win as a big defeat and find out which guys can be unmasked again on the big night and deal with that.”