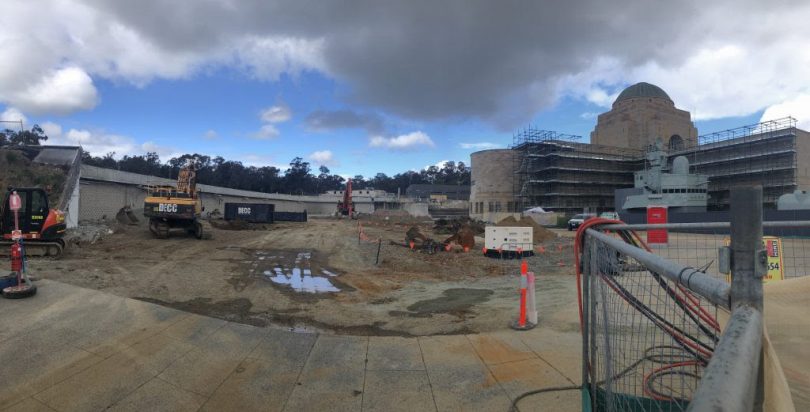 The site of the war memorial. Photo: Honest story.

The Australian War Memorial marked its 80th anniversary yesterday as it embarked on the most significant change of national institution in its history.

The $ 500 million redevelopment proposal has sparked controversy and bitter argument about the purpose and role of the memorial.

For many, the key question of whether the memorial is primarily a place of remembrance and reflection or is becoming a museum is something beyond its original charter.

The redevelopment, which will provide more space to tell the stories of more contemporary conflicts and missions such as Iraq and Afghanistan, was driven by former memory director and liberal minister Dr. Brendan Nelson. He found his contact with newer veterans such a moving experience that he felt their service was not sufficiently recognized.

Dr. Nelson’s heartfelt convictions can not be doubted, but whether these should have been imposed on a memorial with an award-winning building nearly 20 years old is doubtful.

Anzac Hall is now gone as part of the early demolition and clearing program that was somehow approved separately from the actual construction program or master work that still needs to be signed.

And despite objections from a number of prominent Australians, including former Memorial directors, Dr. Nelson get his bigger Memorial.

But it will not be a victory without sacrifice.

The Australian Institute of Architects will lament the loss of a large building and the precedent it sets for disposable architecture.

There will be concerns about how little protection the national capital heritage actually has when the political will is there to go to waste.

But perhaps the most significant side damage could be to what might be called the soul of the memorial, including its growing economic relationship with arms manufacturers. 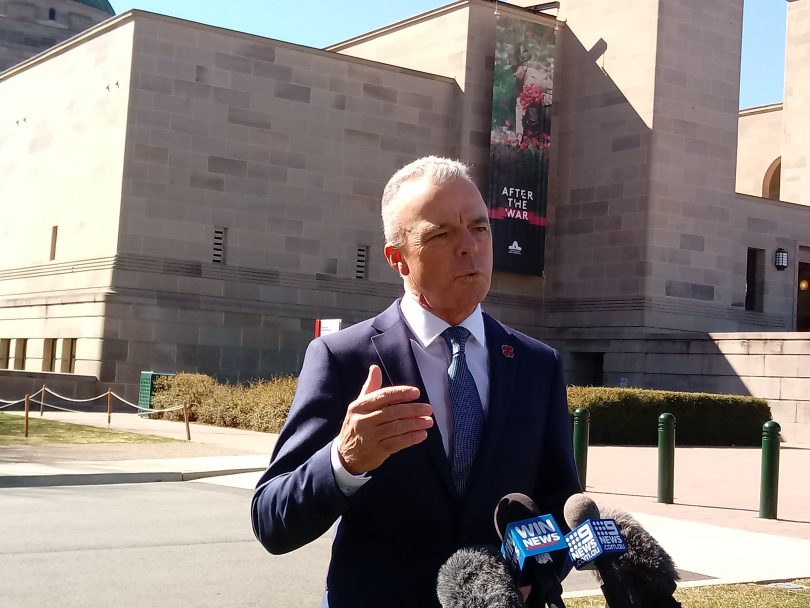 This redevelopment will only anchor the now prevailing view that arms dealers deserve a place at the table, and blur the boundaries between government, military, and industry in what was intended as a civilian enterprise to remember the service of civilian soldiers in the defense of the country. nation.

The expansion, and with the addition of more war machines as exhibits, will also tip the balance in the direction of the memorial becoming a military museum and, whether proponents of remodeling like it or not, encourage a glorification of the nation’s exploits under arms.

The Iraq and Afghanistan conflicts also present problems with how they are portrayed. Some would argue that not enough time has been taken to tell these stories of secession, especially Iraq, which is haunted by accusations of being an illegal invasion that reaped a whirlwind that is still destroying this part of the world.

Will visitors to the new memorial come away with an understanding of the tragic waste of war as well as the sacrifices made in our name, or will they be dazzled by the artifacts of war and seduced by the heroism of our troops?

It is said that the first victim of the war is the truth, and in this debate about the future of the memorial, Anzac’s cloak has been all too easily thrown over it to question people’s respect for the fallen and loyalty to their country.

Those like Federal Education Secretary Allan Tudge seem to think that memorial service and an honest assessment of history are mutually exclusive when it comes to Anzac.

His attack on the draft national curriculum, allegedly to promote a “negative view of our history” that could affect our young people’s willingness to defend Australia, exemplifies the dangers of promoting an Anzac ideology.

“Anzac Day should not be a controversial idea. It is the most sacred day in the Australian calendar,” he said.

But without such a study, Anzac simply becomes a cult of ancestral worship that diminishes the victims of war and condemns us to forget its homework.

If the new memorial is not to be a monument to militarism, then its galleries must be true to the truth, not let the objects overshadow humanity and once again commit to memorial service.

So we do not forget.