Find all our live #PRESIDENTIAL here

23.37 : Good evening @NuitSansVent, you’re right, nuclear power is a controllable source of energy, that is, it can be triggered when needed. RTE’s latest report also leaves a lot to be desired in 2050. The Negawatt scenario envisions a 100% renewable energy mix with complementarity between the various sources. I can only advise you to read these reports to form your opinion. And all too often in all this we forget another important point: sobriety. “The biggest risk with nuclear power is also the main long-term rush” of consumption, commented for example the philosopher Dominique Bourg.

23.36 : good evening FI. In terms of comparing energy costs, we compare cabbage and carrots: Nuclear power produces energy that can be controlled all the time. How do we do it this night to November 18, when there is little wind (and therefore no solar production) without nuclear power? We do not heat up, we do not take the train anymore ?? thank you

• As a warning of a humanitarian emergency on the border between Belarus and Poland, the candidate called on the EU to call for these “a few thousand” of people who “freeze to death in the Belarusian forest”.

• He talked about immigration, a theme that comes up in every election campaign. “I do not see any problem with immigration in France today”, he declared.

• While Emmanuel Macron announced the relaunch of the construction of nuclear reactors on French soil, Yannick Jadot pointed out the decline in the cost of renewable energy.

21.13 : We told you about it earlier in this live: during the interview with Yannick Jadot, “L’Œil du 20 heures” noticed the development of his opinion about the electric car. Here is the order:

21.09 : Hi, the graph presented by Yannick Jadot on the cost of energy sources comes of course from the “World Nuclear Industry Status Report” (PDF document in English).

21.07 : Nice graphics, but what are the sources? On what basis? A little easy to make “See my beautiful graphics” …

20.43 : “My belief is that ecology, because it does not give up on the values ​​of the republic, is the only one facing the climate challenge, the collapse of living things.”

Yannick Jadot was questioned about the popular primary election in which he does not participate. “Last spring I reached out to politicians on the left”, he wanted to remember.

20.40 : “Sustainability creates three times as many jobs” than nuclear, continues Yannick Jadot, at the end of this sequence on energies.

Yannick Jadot continues with the topic of nuclear power and supports renewable energy.

20.38 : “When we develop renewable energy, we will close nuclear power plants.”

20.38 : The choice that France has to make is to invest in nuclear power? Are we investing in renewable energy?“, explains Yannick Jadot. Graph of support explains that the price of solar energy has been divided by 10.”The nuclear power that Macron offers is twice as expensive as the renewable electricity I offer. ” 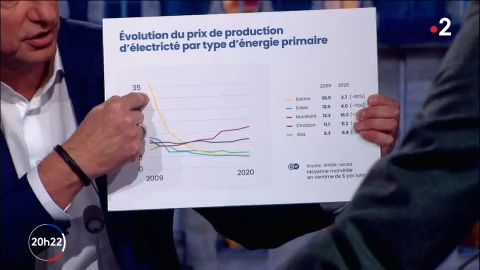 Yannick Jadot awakens the debate over the French energy mix.

20.33 : “Europe loses all morality by letting people freeze to death”, Yannick Jadot said at the start of the interview when asked about the situation of migrants stuck on the border between Poland and Belarus. Here is the order.

20.33 : “What I said about the source of the electricity is still true. If your car is powered by electricity made of coal, it still pollutes.”

He greeted, since his words, “the capacity for innovation, the speed with which production costs have collapsed, the efficiency” on electric cars.

20.32 : Has Yannick Jadot changed his discourse over the years about the electric car? “L’Oeil du 20 heures” reminds that the environmental candidate has not always been for. On the contrary.

Yannick Jadot is now talking about immigration. Family reunion is one “human obligation under international law”, he said in particular.

20.30 : Yannick Jadot now talks about regularizations: “Yes, we must welcome them [les migrants] in dignity. “Today we have inhumane and unlikely situations in France.”, he continues. “No, France is not ‘zemmourian'”, he adds and calls for “regulate these people” that France exhibits.

20.26 : “If we want to address the issue of Vladimir Putin, we will stop being dependent on his gas.”

The candidate talks about the relationship with the Russian president and mentions one “political shield” to implement.

20.28 : “We are talking about a few thousand women, men and children who are dying today in Belarusian forests”, continues Yannick Jadot, in favor of the EU welcoming them.

20.24 : “The will of the Belarussian president is to destabilize the EU.”

Yannick Jadot comments on the situation on the border between Belarus and Poland. He condemns the lack of assistance to migrants who “die of cold in Belarusian forests”.

20.22 : A few days after the end of COP26, the organic presidential candidate Yannick Jadot is a guest at “8:22 pm” in France 2. Follow his intervention in our live. 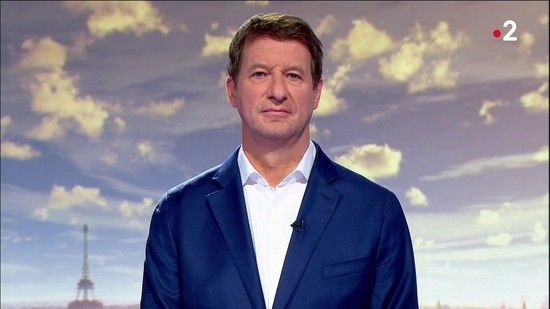 14.40 : Nearly 150,000 Members Republicans will be able to choose their candidate for the 2022 presidential election, where the party has nearly doubled its membership since the end of September. Members will be able to vote from 1 to 4 December. 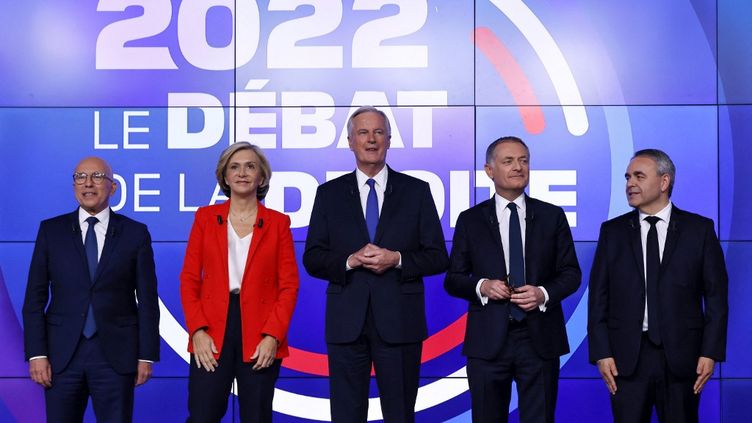