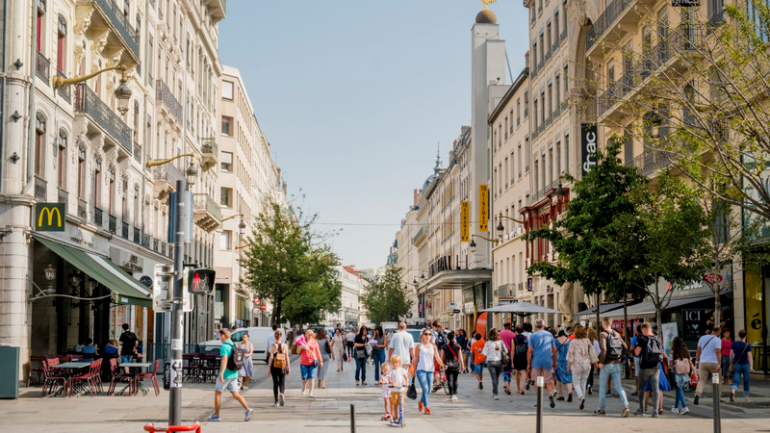 Several streets in Lyon will be pedestrianized on Saturday 18 September. (© Tim Douet)

For the 4th time, since the arrival of the new municipal environmental team at the helm of the city of Lyon, the streets of Lyon will be pedestrianized on the weekend of 18-19. December.

Back from # The road is clear 🚶 18-19 December 🎄 in 3 central districts (1st, 2nd, 4th) in collaboration with merchants and districts.

Targeted actions that can be continued over the coming months? It’s Lyon City Hall. “The Peninsula appeasement project could begin in 2022“, Valentin Lungenstrass explained on the set of 6 minutes flat on Wednesday. He had extensively discussed the topic of pedestrians in Lyon for Lyon Capitale in October.

“On the peninsula we can go towards a very strong reconciliation. You just have to find a balance between local residents / messengers, etc. and the pedestrian sector. It will be in consultation, and it will be discussed widely at the hearing, which will be a mixture of what in Italian cities is called “restricted traffic zone” – what Paris wants to get in place in its center – ie authorized access for residents, mothers. , nurses etc … and for everything else it becomes no“, added Valentin Lungenstrass.

also read : Part of Cours Charlemagne pedestrians: What about the rest of Presqu’île and Lyon? Decryption