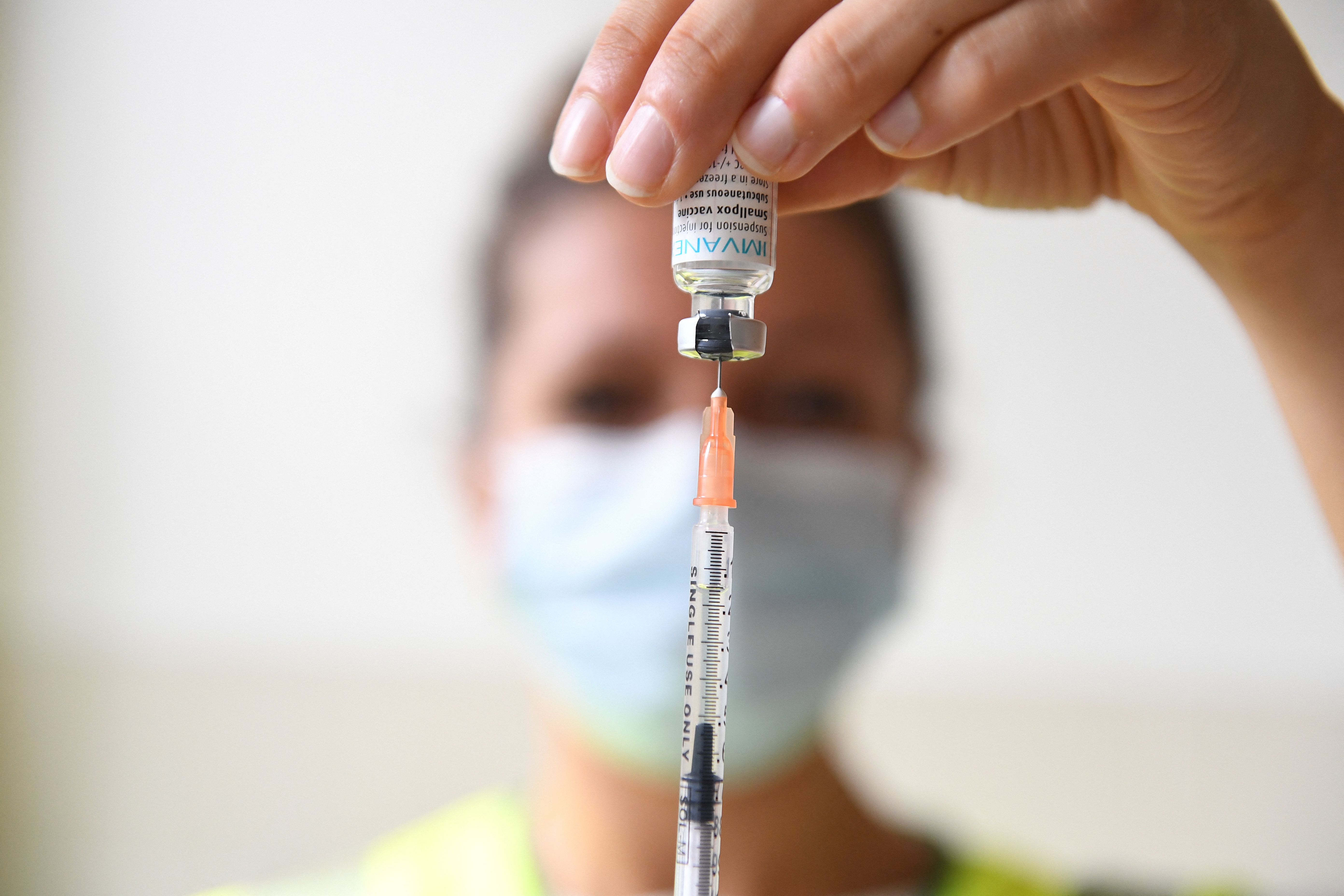 An adult daycare worker in Illinois has tested positive for monkeypox, state officials said Thursday, raising concerns that the smallpox-related virus could take off in congregate settings.

All children and adults at the center in Champaign County are being screened, and no additional cases have been identified so far. Illinois Gov. JB Pritzker has been in touch with the White House regarding the situation, state officials said.

The Food and Drug Administration authorized the use of the Jynneos vaccine—a smallpox vaccine also used for monkeypox, approved for adults 18 and older—for children under 18 “without jumping through normal hoops,” state officials said, adding that mobile testing and vaccination services are on site.

The infected adult, who also works for a home health care agency, is in isolation, being medically monitored, and is “doing well,” officials added.

Dr. Lindsey Baden, an infectious disease specialist at Brigham and Women’s Hospital in Massachusetts and a Harvard Medical School professor, told Fortune on Friday he wasn’t surprised by the news.

“It’s a transmissible infectious disease,” he said. “It’s not like a respiratory virus, which spreads a whole lot faster. All the more reason we need to get control of this now by deploying vaccines to people who need them and could benefit so it can’t spread.”

Dr. Amesh Adalja, a senior scholar at the Johns Hopkins Center for Health Security, said his only worry about the event was an “overreaction” that could “give the virus a lot more power over us than it deserves.”

The incident would probably receive much less attention had it occurred pre-COVID, Adalja said, adding that the public is now “very in tune to infectious disease risk.”

“Monkeypox is not a virus that spreads very efficiently,” he said. “We have countermeasures that can be used to blunt the impact of it. I think we have to not think about it in the same light as COVID-19.”

‘Viruses do not discriminate’

Illinois state health officials said Friday that monkeypox is not a sexually transmitted infection. It’s widely known, however, that it can be transmitted through sex, which entails close physical contact. The vast majority of identified cases so far have been in men who have sex with men, according to national and international public health officials.

It can also be transmitted through direct contact with rashes, scabs, and bodily fluids of infected individuals; respiratory droplets during prolonged face-to-face contact; the touching of objects or fabrics that previously touched rashes or fluids of an infected person; or being scratched or bitten by an infected animal, state officials said.

“It’s a virus, and viruses do not discriminate on who they infect,” said Julie Pryde, administrator of the Champaign-Urbana Public Health District in Illinois.

As of Friday 7,510 cases had been identified in the US, with the majority of cases in New York, California, and Florida, according to data from the US Centers for Disease Control and Prevention. Every state except for Wyoming and Montana has had cases identified.

More than 28,000 cases had been reported globally since January, virtually all in countries where monkeypox is not considered endemic, according to the CDC. The US now leads the world in identified cases, followed by Spain, Germany, the United Kingdom, France, and Brazil. Only 345 cases have been seen since January in African countries where the virus is considered endemic. Eighty-one children had been infected as of late July, according to the World Health Organization.

Monkeypox is usually found in rural African areas where people have close contact with infected rats and squirrels. Recent cases, however, have occurred in countries where the virus has not previously been seen, and in individuals without a travel history, indicating that it likely has been circulating unnoticed for some time.

With smallpox declared eradicated by the WHO in 1980 and the vaccine for it, which works on monkeypox, no longer widely administered, the population has a low level of immunity against poxviruses, WHO officials have said. That means transmission into the wider population could occur.

Symptoms are similar to but milder than those of smallpox, according to the CDC. Initial symptoms usually include fever, headache, muscle aches, and exhaustion. Within one to three days, patients develop a rash, usually starting on the face and then spreading to other parts of the body. Lesions progress through various stages before scabbing. The illness usually lasts two to four weeks. The typical incubation period is seven to 14 days but can range from five to 21 days.

But symptoms in new cases appear to differ from those of classic cases—at least in some instances—with recent reports of lesions more subtle than usual and some cases involving just one lesion, health officials have said.

The US declares a public health emergency

“We’re prepared to take our response to the next level in addressing the virus,” Becerra said on an afternoon press call regarding the smallpox-related pathogen. “We urge every American to take monkeypox seriously and to help us tackle this virus.”

The federal government distributed more than 600,000 doses of Jynneos vaccine—the safer of two smallpox vaccines approved to treat monkeypox—last week and has made more than 1.1 million doses available so far, health officials said. The US has so far secured nearly 7 million doses, although most have not yet been delivered.

Federal health officials on Friday opened up nearly 800,000 doses of the vaccine for ordering by state and local public health officials and began filling those orders this week, usually within 30 hours. They plan to open up another round of ordering on Aug. 15, although jurisdictions that use 90% or more of their supply will be able to place an order sooner, officials said Thursday.

But supply isn’t keeping up with demand. Food and Drug Administration Commissioner Dr. Robert Califf on Thursday said that the agency is considering a process called “dose sparing” to expand its supply. It would allow health care providers to split a one-dose vial of Jynneos into five doses, to be administered to five patients. The vaccine would be administered intradermally, or between layers of skin, instead of subcutaneously, or under the skin.

The approach provides improved immune response to the vaccine and does not jeopardize safety or effectiveness, Califf said.

Health officials said Thursday they would likely make a decision on dose saving “within the next few days” and that it was “looking good,” although an emergency use authorization would be needed due to changes in dosing and administration.

Emergency use authorizations currently exist for COVID vaccines and treatments, in addition to products for anthrax, Ebola, H7N9 influenza, Middle East Respiratory Syndrome Coronavirus (MERS), nerve agent, and Zika, among other conditions, according to the agency.

US health officials warned last month that the demand for monkeypox vaccine was greater than supply. The vaccine shortage is due, in part, to HHS failing to ask Jynneos manufacturer Bavarian Nordic early enough to convert bulk vaccine into distributable form, the New York Times reported, citing multiple administration officials.

The vast majority of jurisdictional requests are for the Jynneos vaccine. The ACAM2000 vaccine—which the National Strategic Stockpile houses in spades—can also be requested. But it uses a live virus and can have serious side effects, including stillbirth and life-threatening infection. It’s considered unsafe for women who are pregnant or breastfeeding, people with weakened immune systems, and those with heart disease.