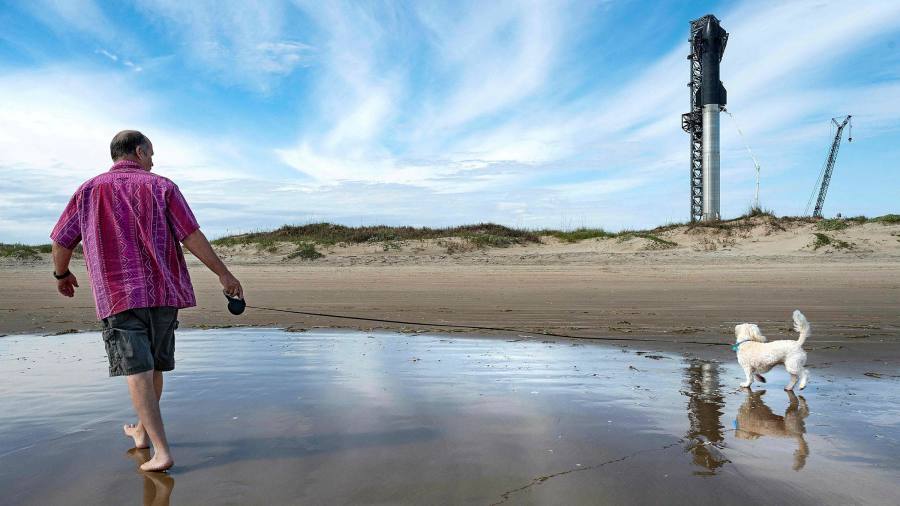 More broadly, space infrastructure companies received over $ 14.5bn of private investments in 2021, up more than 50 per cent from the year before. And investments were not limited to private markets. Last year, a record nine space companies moved from private to public markets via Spac investment vehicles.

It is no surprise that investors are scrambling to get access to space momentum stocks. Those who cannot access sought-after private market deals can now get a slice of the action through exchange traded funds targeting the excitement around SpaceX, including the prolific momentum stock investor Cathie Wood’s Ark Space Exploration and Innovation fund.

But there’s a problem: with a couple of exceptions, pure space stocks, which derive more than half their revenues from space-related businesses or services, are not momentum stocks and the businesses involved are often not even profitable.

Today, there are two types of space company: legacy ones such as Boeing, Lockheed Martin and Raytheon, and so-called “New Space” companies such as Rocket Lab, Virgin Galactic and Spire.

Investing in a single legacy space company stock is a bit like investing in a mini-ETF. For example, Boeing’s stock price is driven by multi-sector exposure to commercial aircraft, defense, national security and professional services as well as space. During the Covid-19 pandemic, as the world slowed down and a collapse in commercial air transportation hit Boeing’s stock, US defense budgets also increased, thereby hedging the share price.

The opposite is true of New Space enterprises, which have large and concentrated exposure to unprofitable and largely unrealized sectors including rocket launch, space resources and tourism. Last week the investment bank Bernstein cut its price target for Virgin Galactic shares, citing concerns over the market appetite for space tourism. The company’s tickets for a brief space flight have recently increased to $ 450,000 from $ 250,000, and only 100 additional seats were sold after a marketing flight with founder Richard Branson in July.

Promus Ventures, an early stage venture capital firm known for its pragmatic backing of successful space start-ups, has created a Space Index to monitor New Space Spac performance relative to their legacy peers. The findings are sobering. Over the past three months, New Space stocks are down 34 per cent. Compared with the S&P 500 (down 5 per cent), the newly listed space companies are feeling the pressure of running long-term research and development cycles while reporting short-term quarterly earnings.

Legacy space companies on the other hand are defying the odds and outperforming the S&P by 5 per cent – a trend that is likely to continue. Their revenues may well increase as government research and development budgets for defense ramp up in the face of growing geopolitical tension.

In the short term, while the hype around SpaceX may drive demand for space ETFs, it is unlikely that they will soon start targeting New Space companies for inclusion in their portfolios. As much as investors want access to space momentum stocks, outside SpaceX the landscape is fairly barren.

Space ETFs are likely to continue to keep their distance from New Space stocks until their paths to profitability become more certain. In the meantime, they will take advantage of the combination of defense and space revenues at legacy companies amid greater geopolitical turmoil.