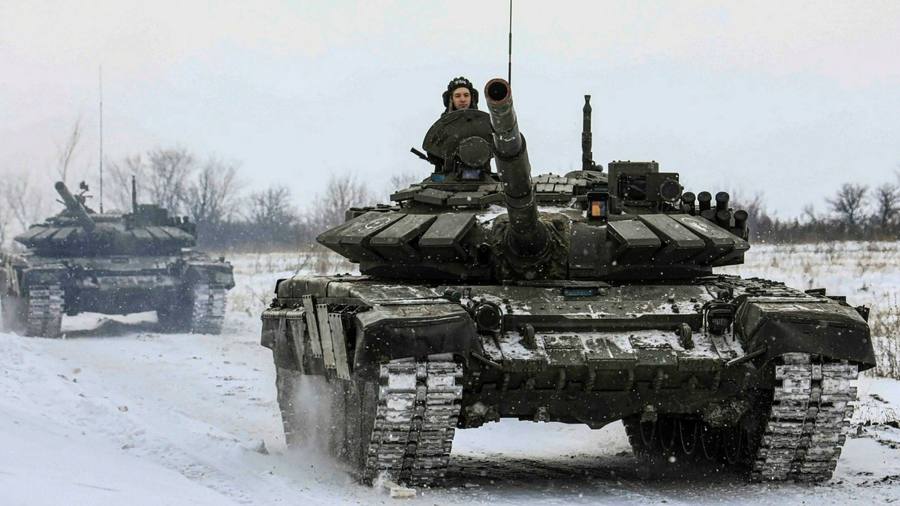 Evgeni Utkin welcomes me to his basement cultural center in central Kyiv, opposite the fortified embassy of Belarus, Ukraine’s neighbor where tens of thousands of Russian troops have recently been deployed. He is wearing an ocher yellow hoodie that matches the striking modern art on the walls. Utkin does not just laud the vibrancy of the Ukrainian capital, he radiates it, even in today’s gloom.

Utkin is a celebrated entrepreneur, the godfather of Russia’s tech sector following the chaotic transition from communism in the 1990s. While still an active tech investor, he is also a philanthropist and a big figure in Kyiv’s art and music scene. Although Russian-born and Russian-speaking, he is a strong supporter of Ukraine’s western orientation and was an activist in the 2014 Maidan revolution against Russian meddling.

This rich life story is not just a testament to how Russia and Ukraine’s destinies are intertwined, but an expression of faith in Ukraine’s future. “I am Russian with a Russian soul,” Utkin says. “But my heart is here in Kyiv.” Like Utkin, many other native-Russian speakers now feel a strong sense of Ukrainian identity, although some also feel they are discriminated against.

Utkin was born in Soviet Russia, just across the border from the Luhansk region of Ukraine, now controlled by pro-Russian separatists with the full support of Moscow.

He studied electronic engineering in Moscow and built a successful IT services company that he then sold to Sistema, the Russian conglomerate. He floated Sistema’s technology division on the London Stock Exchange in 2007, making it the most valuable tech company in eastern Europe. After leaving Sistema, he became a serial entrepreneur and investor in Russia and Ukraine.

Utkin, who had supported the 2004 Orange revolution when Ukrainians demanded a rerun of the presidential election that had been fraudulently won by a pro-Kremlin president, said he decided to leave Russia after its invasion of Georgia in 2008.

He joined the 2014 Maidan protests in Kyiv, playing the piano on the street amid the tumult. After Moscow annexed Crimea and instigated a separatist war in the Donbas, Utkin set up a tech cluster to support Ukraine’s armed forces. His prominent role cost him his Russian businesses, which were expropriated. But his mother and sister still live in Russia, as do many of his friends.

Like many in Kyiv, Utkin struggles to believe that Moscow could launch a full-blown offensive against Ukraine. But he does think Russian President Vladimir Putin is on a mission to recreate an empire. “The Russian empire cannot exist without Kyiv. It used to be the mother of Russian cities. It is so important for the Russian people. “

Moscow also cannot afford Ukraine to succeed economically or politically, Utkin says, because it would show Russians an alternative to authoritarianism is possible. “I think they are afraid about the success of Ukraine because it could change the parameters of values. It would put people at the top of the pyramid, not a tsar or a general secretary. ”

Utkin was inspired by people power in the Maidan protests, when as many as 1mn Ukrainians demonstrated against Viktor Yanukovych, the country’s pro-Russian president. Moscow has depicted the Maidan movement as a fascist-led coup. Utkin believes Ukrainians are less deferential to authority than Russians. He recalls that, when managing businesses in Russia, his employees would “treat me like a tsar and put the responsibility on me”. But in modern Ukraine, “nobody expects anything good from the top”.

Even if there is no large-scale invasion, Russia’s military build-up is already hurting Ukraine’s economy, frightening off foreign investors and visitors. The Dutch airline KLM this week stopped flights to Ukraine. Foreign investments in three of Utkin’s companies, including Ukraine’s leading cloud computing provider, had stalled simply because of warnings of war, he said. It would only add to the brain drain of Ukrainian talent.

Russia’s military build-up along the borders is all about undermining confidence in Ukraine’s potential, he believes. “The main war is here,” he says, tapping his head. “It’s propaganda.”