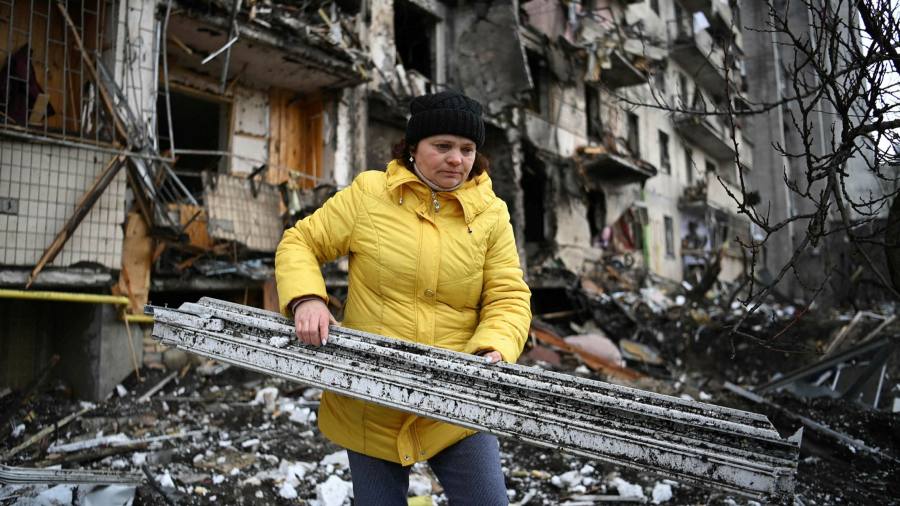 Russia’s vicious assault on its neighbor is, above all, an immeasurable tragedy for Ukraine. The Ukrainian people will pay a terrible cost as they battle to defend themselves. Forced to fight alone, they face the prospect of independence they have enjoyed for the three decades since the Soviet collapse being severely compromised, even snuffed out. But Vladimir Putin’s aggression has also brought to Europe something that had for long seemed unthinkable, and even in the last decades of the stand-off with the Soviet empire was avoided: a full-scale “hot” war between two of its largest countries. It opens new risks for the continent and the world over the years, and even decades, to come.

The danger of a hot war is always that it will escalate. If he succeeds in swallowing or neutralizing Ukraine, there is a risk an emboldened Putin will turn his sights to the Baltic states. That makes it vital for NATO to bolster frontline forces as a deterrent, even if this in itself could be seized on by Moscow as a provocation. Assuming escalation is avoided – and Putin’s war does not quickly destabilize his regime at home – the likelihood is that Europe is pulled into a renewed cold war. This will be in some ways similar to the last one, but more complex, and more perilous.

If Russia gains sway over Ukraine, as it has over Belarus now that the tyrannical Alexander Lukashenko has traded sovereignty for Moscow’s help in crushing his domestic opposition, it will carve out a new sphere of influence in Europe. Rival blocs will once again face off along an extended border. Western liberal democracy will be pitted against not communist but nationalist authoritarianism.

The dangers this time are starker. The Soviet Union by the 1980s was a gerontocracy with a stagnant economy. Russia’s leader today has shown he is ready to change European borders by force, faces few of the institutional checks of the late Soviet era, and has openly threatened nuclear war. He has spent a decade modernizing his army and atomic arsenal.

Moscow confronts, meanwhile, a Nato alliance whose supplies of combat-ready troops, tanks and planes have shrunk since the 1980s, even as it has expanded geographically and assumed responsibility for defense of ex-Soviet satellites and republics, from the Baltic to the Black Sea. This confrontation is shaping up just as the US is wearing its outsize role in European security, and preoccupied with a new superpower, China, that has engaged in an even more aggressive and rapid military build-up than Putin. China and Russia have found common cause in seeking to limit US power and reshape the US-dominated global system.

One similarity with the 1980s is that Russia’s economy is again stagnating, with real incomes falling. Indeed, just as Europe has tarried too long in weaning itself off Russian oil and gas, so Russia has done the same, failing to use its natural resource revenues to diversify its economy. If Putin is forced to become more autocratic to restrain a restive population, Russia may start to resemble even more the late USSR. Sanctions imposed over the Ukrainian war will intensify the pressure.

Beyond the immediate crisis, then, Europe’s task may once again be to contain a hostile Moscow until a new leadership is forced to change direction. That means rebuilding its defenses, and adopting a strategy to diversify its energy sources – at high speed, and high cost. Global democracies will have to rediscover, too, the resolve that enabled them to prevail in the last cold war. Three decades ago, they came to believe history was on their side. The calamity in Ukraine is a strong warning that they face a new struggle to prevail.