A warning from those who ‘lent’ their votes to the Conservatives 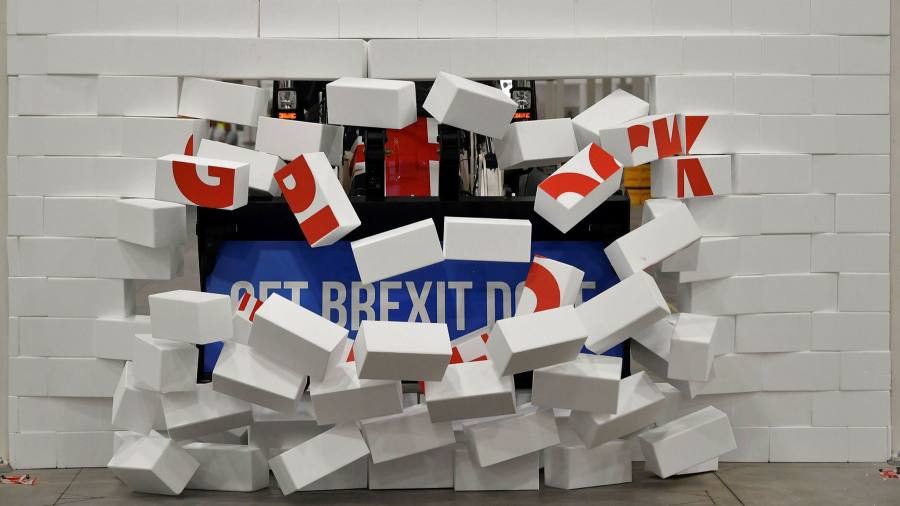 The writer is a senior lecturer at Bristol university, deputy director of the UK in a Changing Europe, and co-author of ‘The British General Election of 2019’

When Boris Johnson made his victory speech on December 13 2019, he was clear that his majority was built on voters choosing the Conservative party for the first time. “You may only have lent us your vote. . . and you may intend to return to Labor next time round, ”he said, in a nod to the volatility among the electorate. It had been the making of his general election win but it may still be the unmaking of it.

The dramatic 2019 result, particularly in seats held by Labor for generations, gave birth to a new – now ubiquitous – term in electoral geography: the “red wall”. These constituencies had stayed Labor at successive elections despite social and economic profiles suggesting their voters would turn to the Conservatives. It was thought they had a particular kind of loyalty to the Labor party. In a series of focus groups conducted with Ipsos UK in autumn 2021, we found Labor loyalty was handed down through family connections and, via family, social class. “It’s like which football team you follow”, as one voter said.

One new Conservative voter mused: “In the past it has always been Labor and I think it’s purely because my mum and dad did it”. A non-voter said: “With Labor, it was always for the working class wasn’t it? Well, that’s what it was when I was a kid, and my mum voted Labor all her life, my dad did. ”

Listening to these voters, there was a clear sense that this had changed. Neither participant had voted Labor in 2019; the family ties had been broken.

Nonetheless, it is hard to find any sense that new bonds had been forged with the Conservative party – our participants did not think that those who switched allegiance last time could now be counted on in the same way as Labor voters could in the past. The idea that votes were “lent” to the Conservatives, or that it was a protest vote of some kind, was widespread.

“I think it was a vote to say, ‘Look, we’re really pissed off and this is how pissed off I am,'” said one Tory voter.

Some have suggested that Johnson, the “Heineken” politician, is the only Conservative leader who could reach across previous political divides. But when asked about reasons for their vote in 2019, there were far more mentions of Jeremy Corbyn’s then leadership of the Labor party than of the prime minister, and little evidence that he was uniquely popular with these voters.

A great deal has happened since these groups were conducted, not least the “partygate” investigations. Nonetheless, they tell us something important about how political loyalty and party choice has evolved – and perhaps why the revelations of lockdown gatherings in Downing Street have had such a dramatic impact on opinion polls (according to YouGov, over 60 per cent of Britons thought the parties “matter”).

Voters were already expressing cynicism about government and politicians before the latest round of embarrassments. They believed that politicians “promise you the world” and make a “sales pitch” to voters. Even before the revelations about parties, voters were distrustful of politicians and this government in particular – even those who had voted for it said they were suspicious of motives. “I second guess why they are saying things a lot,” said one new Conservative voter.

This idea of ​​votes lent to “get Brexit done” tells us not only about people’s Brexit preferences but also that many themselves believed the shift to the Tories was short-term.

This presents an opportunity for the opposition to rebuild and win back voters, and a danger to the government. These individuals are not converts, loyal to a new home. Rather, they may return to more traditional loyalties, should they feel let down by those who fail to deliver on their promises or to whom they turned as an expression of disillusionment.


Poland offers compromise in rule of law dispute with EU