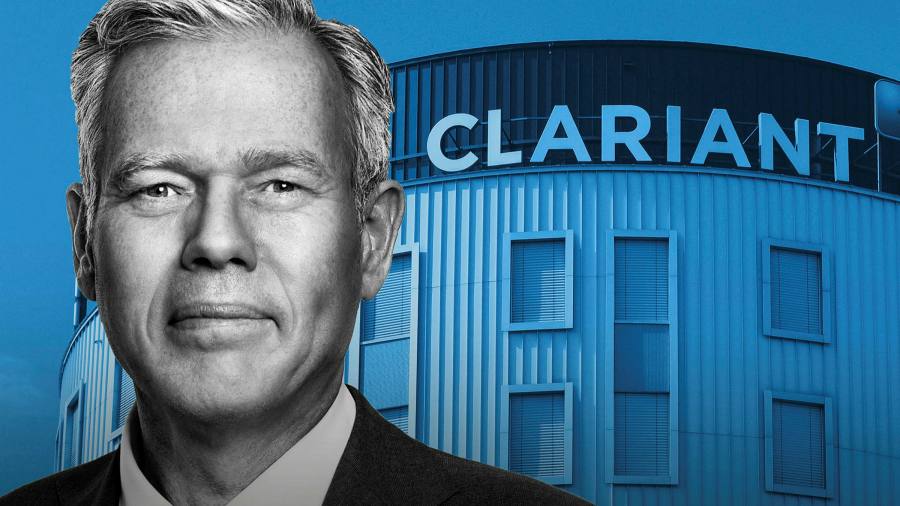 On Sunday afternoon, limousines ferried directors of specialist chemical company Clariant to an emergency meeting of the board at its headquarters on the banks of the Rhine. Others – including representatives of its biggest shareholder, Saudi Arabia’s Sabic – tuned in by video.

This week was supposed to open a fresh chapter for the Swiss company – which traces its origins back to the heyday of the country’s once world-leading chemicals industry in Basel.

New chief executive Conrad Keijzer had been poised to announce 12 months of bumper sales, up 15 per cent to SFr4.4bn, and a strategic plan aiming to draw a line during years of drift.

Instead, the board was informed that the company’s auditor, PwC, had refused to sign off on the annual accounts. The chair of the audit committee, Peter Steiner, told shocked directors that a five-month long – and until this week, strictly confidential – investigation into serious accounting irregularities stretching back two years had not been resolved.

The board had no choice but to postpone publication of the company’s 2021 results indefinitely.

“It seems like they hoped until the last second that they would be able to find out everything they needed to in order for PwC to sign off the annual results. But they could not, ”Sibylle Bischofberger, an analyst who covers the company for the Swiss bank Vontobel said. “I was totally shocked to be honest. This was supposed to be the point when Clariant had put all of its old problems behind it after big changes. ”

Clariant’s shares plunged as much as 20 per cent on Monday when the news hit the market, their largest intraday fall in two decades. The drop is just the latest in a series of setbacks for the company – which manufactures plastics and coatings, as well as chemicals used in consumer products – since activist investors scuppered its $ 20bn merger with US peer Huntsman in 2017.

“Allow me to make one thing very clear,” Keijzer told analysts on Monday. “We will get to the root causes of this problem by addressing our internal controls over financial reporting. . . We will have to assess the cultural issues. We have strong indications that there were employees in this company who thought that tricking the system was good if it helped to better meet the guidance [performance targets]. This is completely unacceptable. ”

Clariant has said that the irregularities do not concern sales or cash flow, but relate to costs booked under accrual accounting rules, which recognize costs and income as soon as they happen.

Investors may take some comfort from the fact that the end result of the investigation may have little impact on the bottom line: chief financial officer Stephan Lynen has said the company’s 2021 ebitda margin is likely to remain within guidance of 16-17 per cent.

“The investigation. . . concerns certain provisions and accruals, such as restricting charges, indemnities, warranties and environmental provisions, ”he told analysts on Monday.

Clariant has also disclosed that the accounting irregularities were perpetrated by a specific group of employees in one or more emerging market offices, with collusion from one or more individuals in head office.

A handful of employees have been suspended, and a bigger group has been told that all of their future bookings in the company’s accounting system will have to be approved by compliance. And while the company has said its investigation is limited to the financial results of 2020 and 2021, it has also said it cannot rule out that there may be discrepancies dating back further.

This response implies the problem may be systematic, analysts said. The questions the investigation raises over corporate culture are “the missing piece” when it comes to assessing the significance of the probe, according to UBS analyst Andrew Stott.

“[The investigation] comes as a big shock to me too, ”said one former senior executive at the company who left last year. “But you have to understand that there has been huge pressure, both internal and external, for Clariant to change its entire focus as a business and a company. There has been a lot of upheaval and in a way I’m not surprised something like this happened with all of that going on. ”

In the past few years, Clariant has focused on shedding lower-margin legacy businesses, restructuring existing core businesses and making the company more environmentally sustainable. As well as making significant divestments – which Clariant says are not a part of its investigation – there has been significant pressure for remaining areas of the business to adjust and perform, with cost-cutting and sustainability targets a major focus.

In its 2020 results, the company reversed SFr148mn in unutilized provisions in its accounting, noted a recent report by Forensic Alpha, which it said may have benefited ebitda by as much as 35 per cent.

What is certain is that, after a series of high-profile accounting scandals at European businesses, Clariant will be under pressure to provide closure as soon as it can.

“Corporate governance and financial uncertainty are too great an obstacle to overcome at the moment,” wrote Jefferies analyst Chris Counihan in a note to clients on Tuesday, as he downgraded his rating on the company.