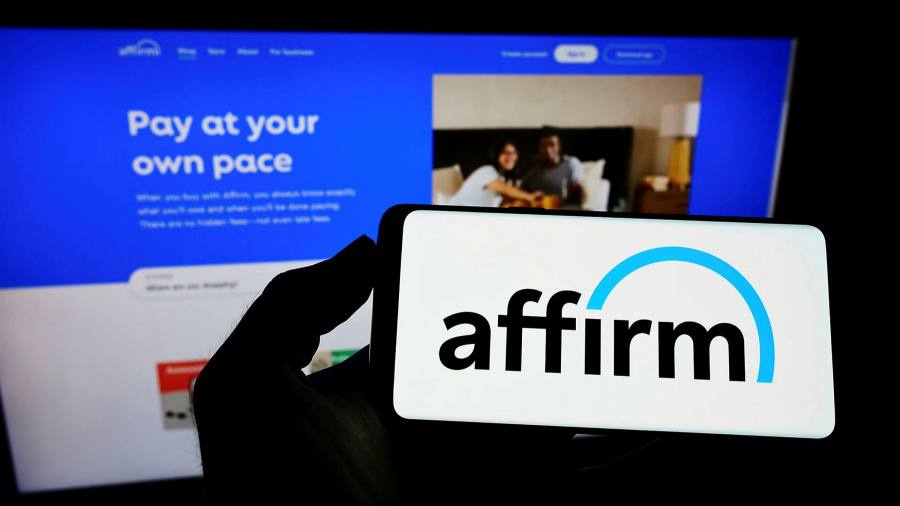 Shares in Affirm, one of the largest “buy now, pay later” providers, plunged more than 20 per cent late on Thursday after the company prematurely tweeted out partial financial results that revealed widening losses.

The company had been scheduled to release results after the stock market closed. Its official Twitter account later blamed “Human error” for the mistake.

Affirm then accelerated the release of its full results, which showed that revenue jumped 77 per cent to $ 361mn year on year as the number of active customers on its platform more than doubled to 11.2mn. But quarterly losses increased from 38 to 57 cents a share as it spent more on hiring and marketing to fuel growth.

Analysts polled by FactSet had forecast quarterly revenue of $ 329mn with a loss of 32 cents per share.

Affirm makes short-term loans to consumers at the point of sale which are repaid in installments over a period of six weeks to three years. The company charges merchants fees based on transaction values. For merchants, the relationship provides them with a chance to increase the size and quantity of consumer purchases.

General administrative and marketing costs at Affirm both more than tripled in the quarter compared to a year earlier, to $ 141mn and $ 143mn, respectively.