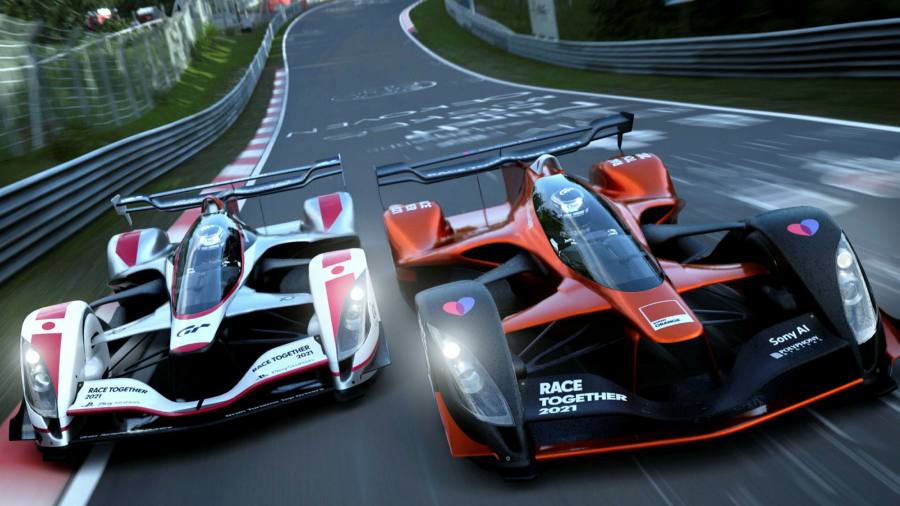 Shortly after letting down the entire human race in October, Takuma Miyazono explained his defeat. The artificial intelligence of his opponent, said the vanquished world champion of the auto-racing simulator Great Tourism, had been unexpectedly aggressive. The AI ​​driver, built by engineers at Sony, had risked moves no human would consider.

If Miyazono’s excuses sound familiar, it’s because they are. The past quarter-century has been punctuated with moments when some champion of Homo sapiens has been forced to concede – in the fields of draughts, chess and Go – to the superior skills of a machine. Always, there is the note of astonishment at how innovatively the AI ​​has gone about securing victory.

But the crushing of Miyazono and teammates, which was announced last week by Sony to coincide with publication of a report in Nature, is in a subtly different category. For gamers like me, it comes with far more thrilling implications. While those previous showdowns were staged on game-boards that long predated the machines brought in to humiliate us, this was fought on something far closer to the machines’ home turf.

Sony’s AI agent, known as GT Sophy, was built to beat, via tens of thousands of hours of learning, the world’s best human competitors in a computer game of extraordinary complexity but, critically, stripped of trickery. Game makers have always been able to overcome a human by cheating (they can just rig the opponent to be impossibly faster or stronger): Sophy had to outdrive the humans with only technique, risk assessment and, most breathtakingly of all, panache.

Kasparov, Lee and now Miyazono have taken on computers engineered, programmed and coached by people who have devoted decades to the effort

I found this personally exciting because of the way that I have always played and thought about games through my 40-year love affair with them. Specifically, of the single-player type where you are playing to beat the software. Where others may have satisfied themselves with the idea of ​​an impersonal conflict, I have always imagined myself playing the games’ creators – the once mysterious (often Japanese) names that flashed up in the final credits. I picture these people, on whose addictive altars I have sacrificed thousands of hours, fuming that I had slain their ghouls, cracked their puzzles or bested their left back. After meeting many in person, I realize they are actually delighted.

Counter-intuitively, even as games have become the product of huge teams of developers, I have always found the tendency to humanize them intensified by the great man-vs-machine showdowns.

When these defeats have been covered as news events, the tone and analysis has generally been alarmist: critical human bastions are falling to a relentlessly improving mechanical enemy, and who knows what dystopia it foreshadows? When Garry Kasparov lost to IBM’s Deep Blue supercomputer in 1997 the enduring image was of the bewildered grandmaster rising from the table and, with the wound to human pride seemingly too vast for words, shrugging at his mother in the audience.

Almost 20 years later, cameras captured every last wince of the 18-time world Go champion Lee Sedol’s 2016 defeat by Google’s AlphaGo program. His protracted, endlessly rewatchable descent into disbelief was lazily packaged by some as a concession by humanity that should unnerve us all.

But such interpretations are undermined by a consistent feature of these landmark moments: the flesh-and-blood reactions of the engineers. Instantly visible from live footage of the programming teams during the tournaments, and from several excellent documentaries produced subsequently, is just how supremely emotional and human are the “machine” sides of these man-vs-machine showdowns.

Kasparov, Lee and now Miyazono have taken on computers engineered, programmed and coached by people who have devoted decades to the effort. Along the way, those engineers have been consumed by disappointment, frustration, tension, self-doubt and a craving for victory every bit as powerful as the demons that propel grandmasters to greatness.

The joy for me is two-fold. Sophy’s future algorithm offspring, Sony says, will eventually populate more and more games: when I play them, I will now have very specific people in mind as I engage with their creations. But more glorious still is the psychological step forward that this takes the industry: to a place where gamers like me can confront true champions, rather than cheats.

The Premier League at 30 – an English success story?

Since the top clubs broke away from their peers in 1992, foreign players and money have flooded in

Inside Peloton’s epic run of bungled calls and bad luck

The American exercise company found itself a darling of investors and customers. What went wrong?