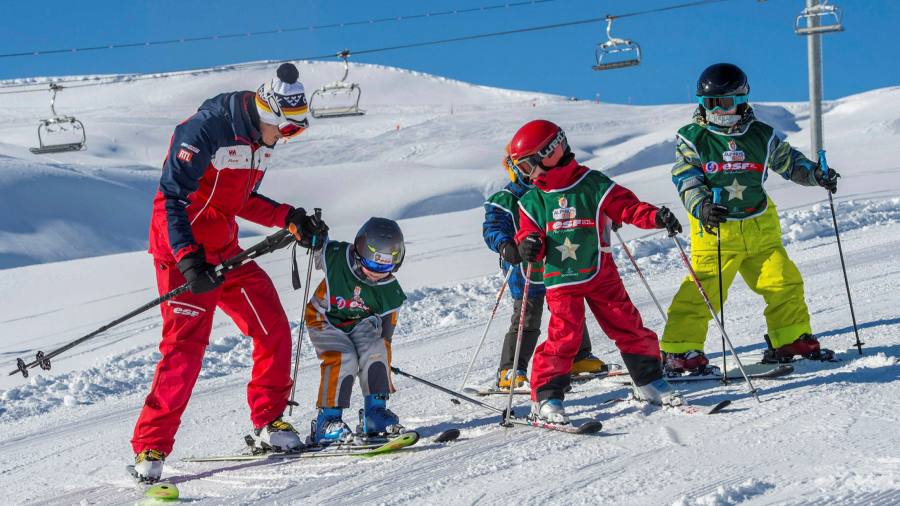 Thousands of UK tourists hitting the Alpine slopes during their half-term break this week will have found something missing: there are far fewer British ski and snowboard instructors available this year.

Instructors from Britain are finding it much harder to work in the Alps since Brexit because mutual recognition of their professional qualifications was left out of the trade agreement between Britain and Brussels that was signed at the end of 2020.

This has created serious obstacles for Britons wanting to work as instructors in ski resorts in Italy, France, Austria and even Switzerland, since they reopened to foreign tourists this winter following two years of disruption due to the pandemic.

Andy McIntosh is snowsports training manager at Interski, a tour operator with almost 40 years’ experience in the Aosta Valley, northwestern Italy. His work permit application was recently turned down by Italian authorities.

“My job requires me to be in the UK for seven months and in Italy for five months, where I deliver instructor training,” he said. “I am now in a position where I can not work in Italy; this is very frustrating and also very sad for me personally, and for the wider profession. ”

While Interski recently booked its first British school ski trip since March 2020, McIntosh said the disruption of Brexit meant most client lessons were booked with Italian schools, rather than its own British instructors, despite many outfits being short of capacity.

“We were the largest British ski school in the Alps, employing up to 400 British ski instructors a season and covering 1,200 instructor teaching weeks,” said McIntosh, who has taught skiing in France and Italy for 17 years and holds the highest UK instructing license available, the BASI level four diploma.

“We have lots of clients and lots of British ski instructors who want to work but, because of Brexit, it is now impossible to employ the British instructors that our clients would like,” he added. “The current situation does not benefit anyone.”

Tom Cloke, interim chief executive of the British Association of Snowsport Instructors (BASI), said that as the UK was outside the EU, local employers were required to deal with added bureaucracy in order to hire British citizens.

The disruption of Brexit had set UK winter sports back by several decades, he added. The country’s performance at the Winter Olympics in Beijing has been criticized by the sports community for being its worst in decades.

Robert Greatbach worked as a British ski instructor in Italy before the pandemic, but his dream of working in the popular French ski resort of Tignes was dashed this year after his application for a work permit was turned down.

“I always wanted to work in Tignes,” he said. “After leaving the EU, my British qualification is not recognized in France. The procedure for getting it recognized still will not be formalized until the summer. ”

Instead, Greatbach managed to fulfill the preconditions to work in a Swiss ski school, which allows him to spend 90 days a year working in Zermatt, near the Italian border.

He qualified to work in Zermatt under an agreement signed between Britain and Switzerland on the eve of Brexit in late 2020 to preserve access of UK services providers to the Swiss market.

“I’m lucky to be able to work in Switzerland. . . because I’m self-employed, ”he said. “I have many friends and colleagues who cannot take advantage of that because they do not qualify for certain parts of the legislation.”

Despite not being in the EU, Switzerland allocates work permits more readily to EU citizens and British nationals now find themselves among other nationalities competing for jobs there.

Ben Woodhead, a trainee ski instructor at the French resort of Méribel, has seen first hand how Brexit has made it harder to get British qualifications recognized.

“You basically just can not rock up and get work like you could before, or move between countries,” said Woodhead. “Everything needs to be applied for and approved before the season begins.”

Woodhead aims to gain France’s top-level Eurotest qualification, but he said the authorities were discussing allowing their off-piste test to be taken only in French, which would make it harder for UK citizens who do not speak the language fluently.

“Ultimately it’s also just going to stop most British people being able to train as instructors in the first place.”

Even if British citizens had EU residency, it allowed them to work in only one country, said Cloke, which can be restrictive in resorts that cross national borders because they can not “follow the snow and adapt to weather conditions for their clients, from valley to valley ”.