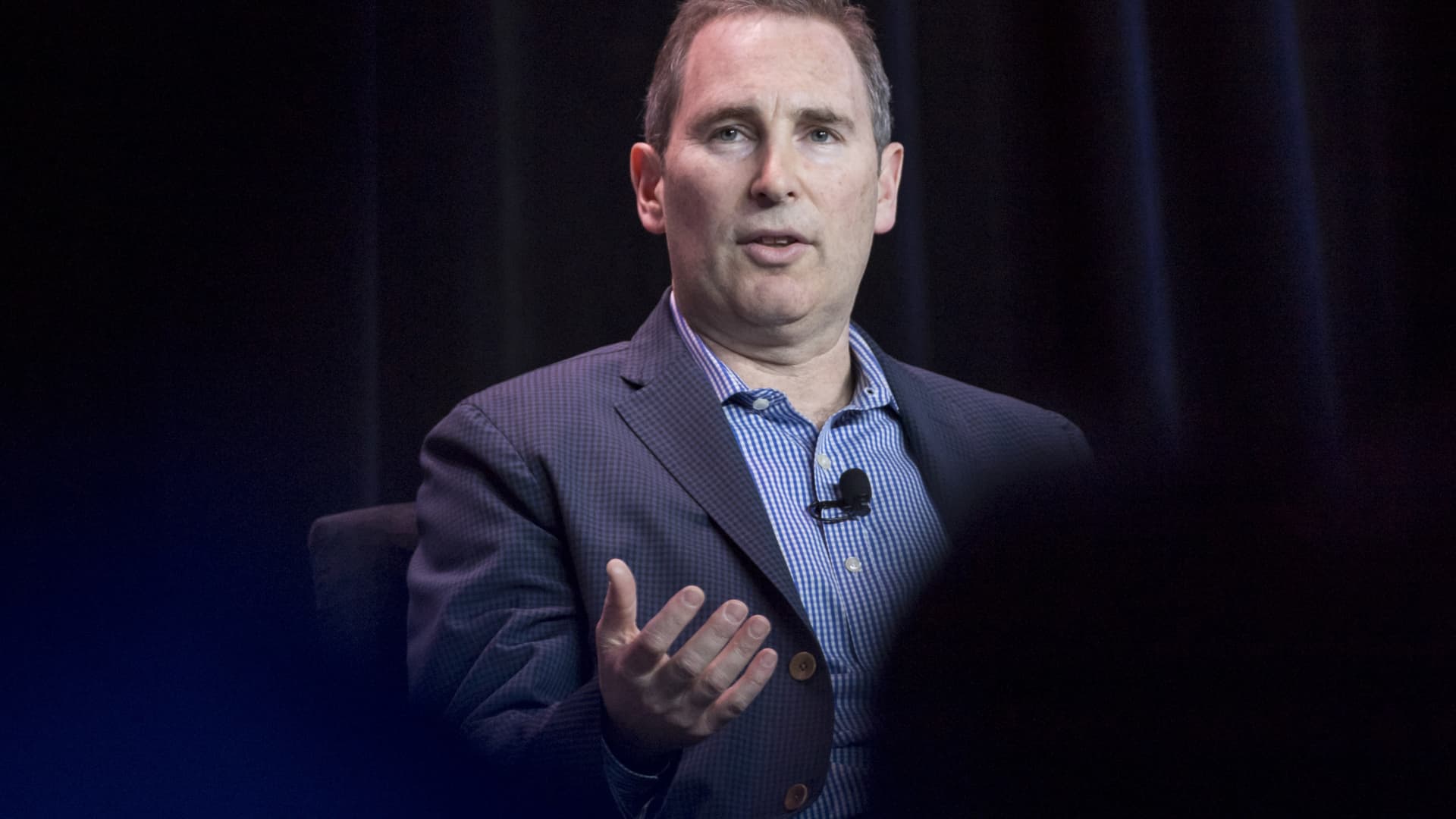 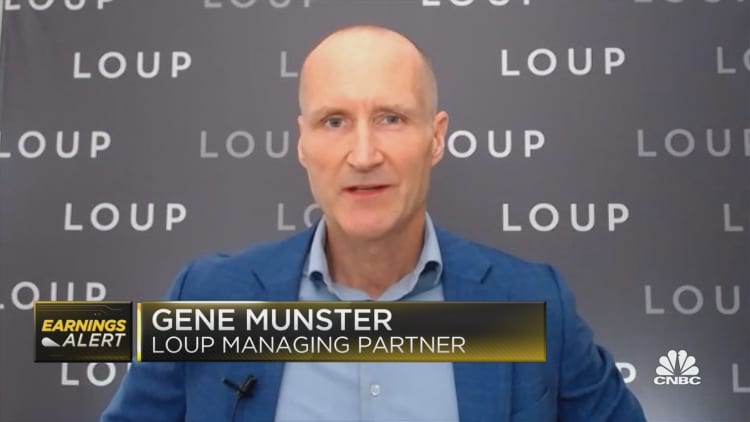 Amazon shares plummeted 13% in extended trading on Thursday after the company issued a disappointing fourth-quarter forecast and missed on revenue estimates.

Here are the key numbers:

Here’s how the other key Amazon segments did during the quarter:

Amazon said it expects to post fourth-quarter revenue between $140 billion and $148 billion, representing year-over-year growth of 2% to 8%. Analysts were expecting sales to come in at $155.15 billion, according to Refinitiv.

Revenue grew 15% in the third quarter, marking a return to double-digit sales expansion, but it still fell short of Wall Street’s projections.

Like the rest of Big Tech, Amazon has had a rocky year so far as it confronts macroeconomic headwinds, soaring inflation and rising interest rates. Those challenges have coincided with a slowdown in Amazon’s core retail business, as consumers returned to shopping in stores.

It’s the second time this year Amazon’s results have been disappointing enough to spark a double-digit percentage selloff. In April, a weak forecast for the second quarter led to a 14% drop in the stock.

Under CEO Andy Jassy, ​​who took the helm from founder Jeff Bezos in July 2021, Amazon has responded to rising expenses by aggressively cutting costs across numerous divisions in recent months. It shed warehouse space, halted some experimental projects, shuttered its telehealth service and froze hiring for corporate roles in its retail business.

Andy Jassy, ​​chief executive officer of Amazon.Com Inc., during the GeekWire Summit in Seattle, Washington, US, on Tuesday, Oct. 5, 2021.

“There is obviously a lot happening in the macroeconomic environment,” Jassy said in the press release. “And we’ll balance our investments to be more streamlined without compromising our key long-term, strategic bets.”

Amazon CFO Brian Olsavsky said the company cut its capital expenditures budget for this year by a third after it spent heavily over the last two years on things like ramping its fulfillment and logistics network to meet pandemic-induced demand.

The company is now taking steps to “tighten our belt, including pausing hiring in certain businesses and winding down products and services where we believe our resources are better spent elsewhere,” Olsavsky said.

He added that the economic environment in Europe was worse in the quarter than in North America, because the “Ukraine war and the energy crisis issues have really compounded in that geography.”

Amazon’s gloomy forecast does not bode well for the holiday shopping period. Analysts are already girding for a humdrum season, with online sales expected to grow just 2.5%, according to Adobe.

Amazon’s Prime Early Access Sale, held earlier this month, could help juice year-end sales. Data collected by third-party analysts signaled the event may have been lackluster, as shoppers feel the pressure of inflation. Jassy said in the release that customer response to the new discount event, and Prime Day, hosted in July, was “quite positive.”

Apple, which also reported on Thursday, beat on earnings and revenue but came up short in core product categories including the iPhone business and the services unit. The stock is trading lower after hours.

Operating income at Amazon fell by almost half from a year earlier to $2.53 billion from $4.85 billion. Amazon Web Services accounted for all of the company’s profit, plus some, as the cloud unit generated operating income of $5.4 billion. Still, AWS posted the slowest revenue growth since 2014, when Amazon began breaking out results for the unit.

Amazon’s advertising business was one bright spot in the results, bucking the trend of its digital ad peers Facebook, Google and Snap, whose ads businesses have gotten whacked due to the economic environment and Apple’s iOS privacy changes last year. Ad revenue surged 25% year over year to $9.55 billion during the quarter, which handily topped analysts’ estimates of $9.48 billion.

Analysts have taken different approaches to their per-share earnings estimates because of Amazon’s hefty investment in electric-vehicle maker Rivian, which went public late last year. Amazon reported net income of $2.9 billion in the third quarter, which includes a gain of $1.1 billion in non-operating income from its Rivian stake. In the prior two quarters, the Rivian investment resulted in total markdowns of $11.5 billion. 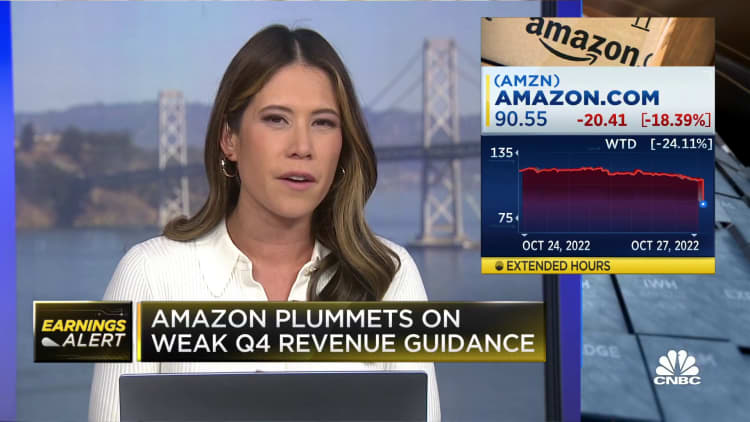