Arm’s flotation on Nasdaq ‘a huge potential blow’ to London 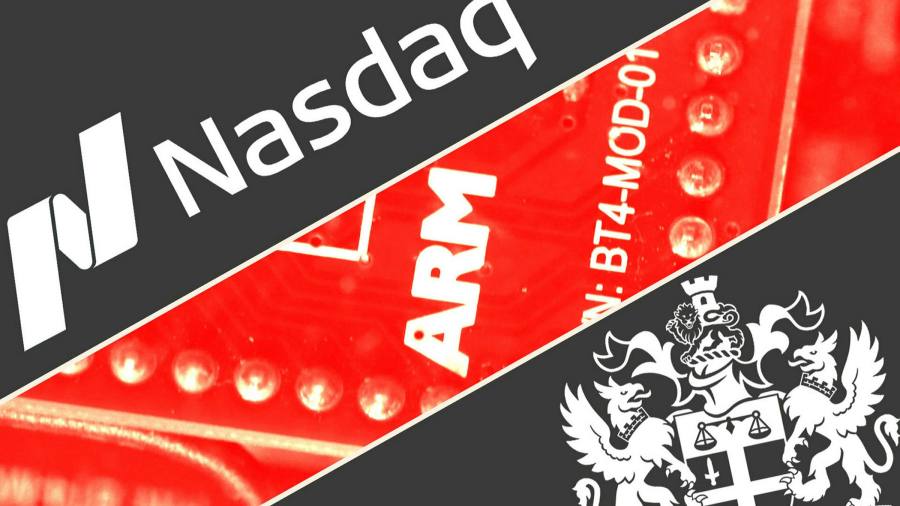 The deal went ahead and Arm was taken private by the Japanese technology group. Anderson and other investors rued the departure of one of Britain’s most successful tech companies from the FTSE 100.

This week Cambridge-based Arm was once again the subject of serious soul-searching in the City of London. After a $ 66bn sale to Nvidia collapsed over competition concerns, SoftBank announced its plans to bypass the UK and list the chip designer on the Nasdaq stock exchange in New York.

SoftBank’s decision was tantamount to a vote of no confidence in London. It comes as Britain is facing deep concerns about its ability to create, scale and retain homegrown technology champions in a post-Brexit world, and piles pressure on Boris Johnson’s government to speed up reforms to reverse a long-term decline in listings.

Arm’s mooted flotation on the Nasdaq is “a huge potential blow” to London, said Anderson, whose early bets on Facebook, Amazon and Tesla have made him one of the world’s most successful investors. “It’s a real problem because if you have the remaining large British technology company that could be quoted in London opting not to be, your chances of building an ecosystem, giving people experience and having that presence goes away to quite a large extent.”

Public companies in the UK have languished at depressed valuations since the 2016 Brexit referendum, having missed out on a big rally in many other developed markets, luring activist investors and private equity buyers alike.

Last year the London Stock Exchange had its best year since 2007 for IPO funding, raising £ 16.9bn, according to Dealogic. However, the main US exchanges raised 14-times more than the UK, and those in Greater China – comprising mainland bourses and Hong Kong – raised over four times more.

The 37 tech stocks that floated in London last year have fallen around a tenth from their listing price on average, according to calculations by US investment bank Cowen.

Mark Kelly, managing director at Cowen, said that not only fewer stocks chose to list in London than the US “but the bigger ones performed even worse. . . That’s not a particularly great signal compared to the tech sector in the US. ”

While there have been successes like the September IPO of UK genomics company Oxford Nanopore, it is the high-profile flops and missed opportunities that stick in investors’ minds. In March last year, Deliveroo lost more than a quarter of its value in its London Stock Exchange debut.

GP Bullhound, a London-headquartered venture capital group that invested in Revolut and Klarna, last week raised € 200mn for a blank check company and chose Amsterdam for the listing rather than London. 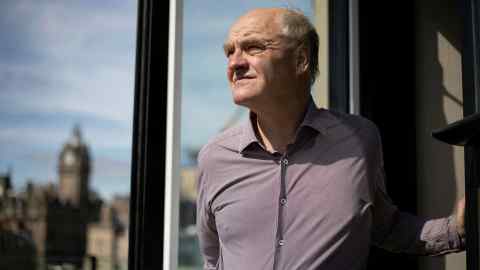 Meanwhile, SoftBank-backed ecommerce group THG, which was the UK’s largest IPO since 2015 when it raised £ 1.9bn in its 2020 flotation, has lost around three-quarters of its value since then as it faces mounting criticism of its corporate governance.

For many founders, there is just no comparison between the UK and the US, whose equity markets are bigger, deeper and with a wider peer group of companies, and where investors write bigger tickets and ascribe higher valuations to growth stocks.

“America is the capital center of the world,” said a veteran UK fund manager. Referring to Arm he said: “Why would you list one of the most interesting stocks in a pool of capital that is diminishing? If you want to get the highest price for it then surely you’ll list it in the country with the highest appetite for risk? ”

Others shrug off the importance of where a company is listed. “Global investors find good companies regardless of where they are listed,” said Victoria van Lennep, co-founder of London-based Lendable, which is building a consumer lending platform spanning both the US and Europe.

There are other structural trends at play. EU rules – written with UK backing – forced asset managers to split the cost of investment research from that of trading securities. That led to asset managers slashing their research budgets to control their costs and investment banks reducing their corporate coverage. Executives complain the rules have badly hit equity research, cutting the volume and quality of coverage, and disproportionately hurting smaller companies.

Meanwhile, executives have long complained that, unlike their US counterparts, the UK’s domestic investor base typically offers neither the risk appetite for backing new ideas nor the support for companies while they are lossmaking. The UK market is dominated by large pension funds, which are incentivized to prioritize stability and dividends over growth. Dom Hallas, executive director of Coadec, which represents start-ups in the UK, said pension funds were too conservative, which has limited the money flowing to tech stocks in the UK.

The UK stock markets are dominated by “old economy” sectors such as commodities and financials, and – just as in Europe but unlike in the US – there are far fewer specialist funds in sectors such as tech and healthcare where most of the action is taking place.

The UK government has been working to reform listings rules to encourage investment in British businesses and support the development of innovative sectors like tech and life sciences.

Tim Levene, CEO of Augmentum Fintech, a UK-listed venture capital fund said the government reforms are “additive” rather than “a silver bullet.” He pointed to the arrival in Europe of the big US venture capital firms – most recently “Tiger cub” Coatue Capital – as evidence of shifting attitudes from big investors. “We’ve come a long way on private markets,” he said. “The public markets are not there.”

Our weekly inside story on the movers and shakers behind a multitrillion-dollar industry. Sign up here

The government has already kicked off a new review into how to make secondary fundraisings easier and is looking at ways to encourage more retail investors into the market. Some investors have called for it to adjust the pension fee cap – which in practice limits savers in auto-enrollment schemes from investing in higher-fee strategies – to help institutional funds take riskier bets in unlisted and early IPO companies that show promise rather than dividends . Others have suggested tax reforms to help companies move to the LSE and easing rules around compensation of directors in the form of stock.

In a sign of how much is at stake, the LSE is expected to step up lobbying efforts to convince Arm to change its mind, or at least pursue a dual listing in the UK and the US, which it had before being bought by SoftBank .

And the Arm episode renews the urgency to ensure that promising tech groups are created and nurtured in the UK.

“Is there something here that is endemic to British culture that we’re trying to be small-scale imitators of America rather than looking for our offsetting advantages?” Baillie Gifford’s Anderson said.


When it comes to diversity in tech, corporate HR is not your ally