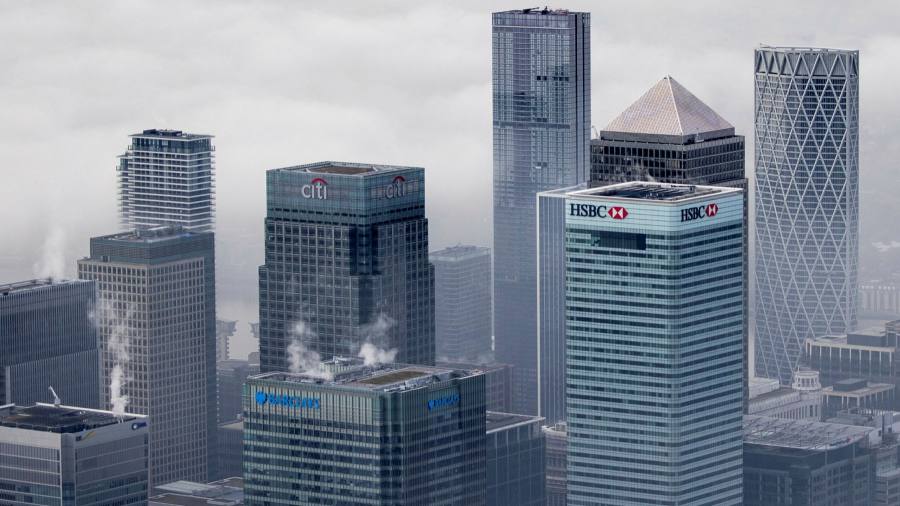 UK financial regulators have ordered banks to contribute to a crackdown by western governments on oligarchs and companies with links to Russian President Vladimir Putin, by sharing information on how individuals and businesses subject to sanctions move their money around the world.

The British government on Thursday added seven oligarchs, including Chelsea Football Club owner Roman Abramovich, to its list of individuals and companies under sanctions that banks are banned from doing business with because of alleged links to Putin.

People briefed on the situation said the Financial Conduct Authority has told banks it is not enough for them to sever ties with oligarchs and companies under sanctions, and the financial institutions were being asked to inform on their former clients, including any moves by them to dodge restrictions.

The British government has said it is freezing the UK assets of individuals under sanctions, as well as banning them from coming to the country, following Russia’s invasion of Ukraine. The restrictions are meant to cut off wealthy Russians’ access to British banks.

The US and the EU have also imposed sanctions on oligarchs and businesses with alleged ties to Putin. The lists of people and companies targeted by the US, EU and UK are not identical.

The FCA confirmed the banks had been asked to play a wider role than just refusing to do business with individuals and companies under sanctions.

“We want [the banks] to feed into the. . . UK response, ”she added. “It’s incredibly important for us to see from banks how those subject to sanctions are behaving.” Banks have a special view of the complex web of companies and other structures used by wealthy Russians to hold their assets and move money across the world.

The FCA said banks’ contribution to the wider efforts by the UK would include helping the authorities to understand how those subject to sanctions were behaving.

Banks have been supplying information to the FCA and National Economic Crime Center, a body involving the financial regulator, the National Crime Agency and the Home Office, since the UK government first imposed sanctions on oligarchs and companies with alleged links to Putin last month, she added.

She said any banks that withheld information on matters including attempts to avoid sanctions would be judged as not having the “open and transparent relationship” they are required to have with their regulators.

Asked about the consequences of any such behavior, the FCA said it had a “full toolkit” it can use for banks that do not keep to the terms of their operating licenses.

Several bankers said their companies would abide by the request for information from the FCA.

“It would be a brave bank in this environment not to comply,” said one banker.

UK Finance, the trade body that represents most of the banks doing business in the country, said the industry “fully supports the government’s sanctions activity and is swiftly enacting and abiding by any measures introduced ”.

“The sector is committed to tackling economic crime and already goes well beyond its legal and regulatory obligations,” it added.