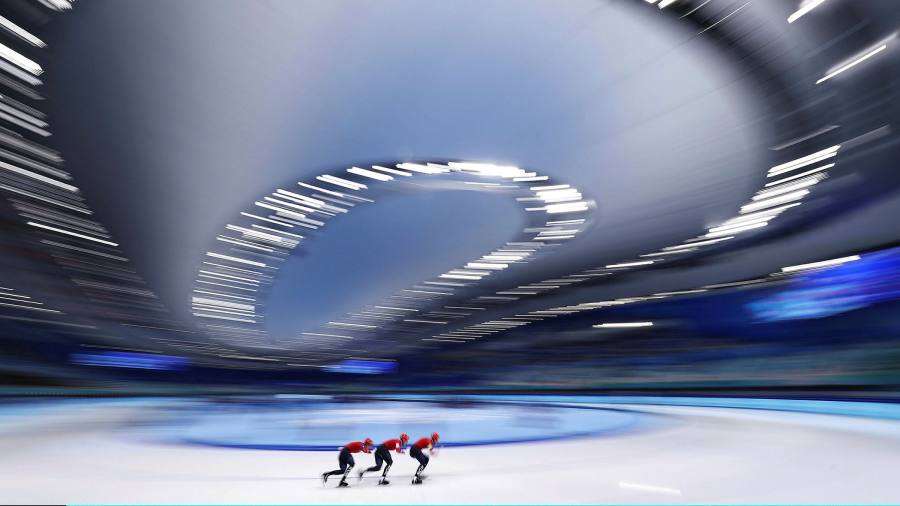 China has spent at least Rmb56bn ($ 8.8bn) to host the Winter Olympics, with the cost to retrofit or build a dozen new venues almost double the original budget, despite a pledge to ensure the Games would be “economical”.

The Chinese government has disclosed little about the costs of the Games, which Beijing has sought to use as a showcase for its rising global status. But dozens of procurement and bidding documents reviewed by the Financial Times show that officials spared little expense to host the event.

China budgeted $ 1.5bn to construct or refurbish a dozen venues, including building Olympic villages at three sites, but the documents show the projects cost at least $ 3bn.

Authorities also spent significantly to avoid any potential blemish to the spectacle and ward off a Covid-19 outbreak. This included Rmb32m to finance pollution studies and monitoring systems to ensure blue skies and Rmb4m to buy dividers for use in canteens.

Making enough artificial snow for the skiing events in Yanqing, 90km from Beijing, has also been a challenge. China spent about Rmb10bn to turn an undeveloped mountain valley into an Olympic ski resort and sliding complex, including Rmb755m to build a system to pump in water to produce snow.

Other flagship projects include Rmb1.5bn for the National Speed ​​Skating Oval and Rmb653m to construct the National Cross-Country Skiing Center.

After winning the contest to host the Games, China embarked on a transport upgrade to whisk athletes and coaches between venues, including Rmb16.3bn for a new highway from Yanqing to Chongli, the site of the third Olympic village. They also added new high-speed rail track to the area at a cost of Rmb6.7bn.

The International Olympic Committee said the “latest indications” were that spending on venues was within budget. It added that the two transport projects were “long-term regional development plans” and did not “form part of the current Games budget”.

But a month after winning the right to host the Games, Beijing transport department head Zhou Zhengyu said the projects were intended “to meet the requirements of the event, and also to provide real long-term support for regional development”.

The high cost of the Beijing Olympics will add to a longstanding debate about the financial logic of hosting the Games, with a number of cities struggling to recoup expenses or make use of stadiums and infrastructure constructed for the event.

“Every city competes to exhibit the most fantabulous candidate file to win the Games,” said Wladimir Andreff, an economics expert at the French Ministry of Sports. “It means underestimating the costs, sometimes by hiding information, and overestimating the economic benefits.”

But then the winner is left with the bill. “It’s the winner’s curse,” said Andreff, adding that transportation projects should be included in the budget if they are connected to the Games.

Zhangjiakou, the city that administers Chongli and is also co-hosting events, faces financial difficulties after undertaking a debt-fueled investment spree to build infrastructure, including expanding its airport, adding roads and transport terminals and moving thousands of villagers from their ancestral lands.

“Authorities have run out of funds,” said one resident, who was resettled from his village to make way for an Olympics-related project. He added that the local government still owed him 70 per cent of the Rmb450,000 agreed in compensation, with a monthly payment plan in place to pay off the unsettled portion over 24 months. 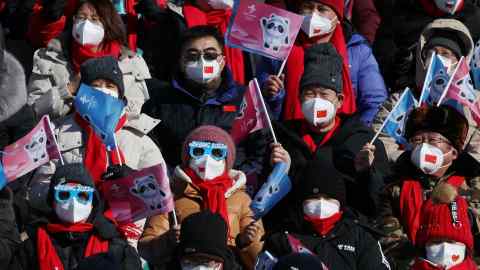 Covid-19 has added to the costs, with the Games forced to take place in a close-loop designed to separate participants in the event from the rest of China to prevent transmission of the virus.

On a recent night, a young unpaid police cadet stood along the fence separating the Games from the rest of Beijing. “I’m on the day shift from six in the morning to about 11 at night,” he said. “It’s always like this in China, there’s nothing we can do about it.”