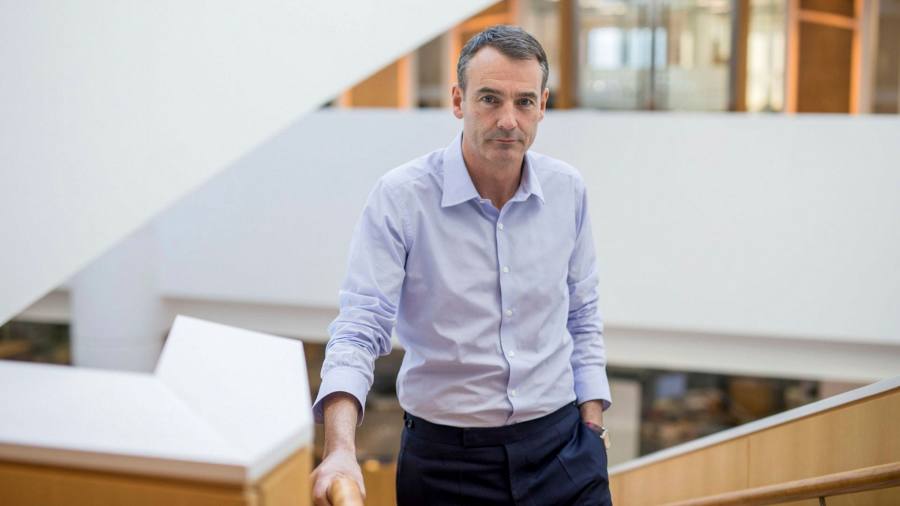 Shortly after taking the helm at BP two years ago, Bernard Looney issued a rallying cry at its grand London headquarters, captivating staff with a vision to turn the 112-year-old oil major into an integrated energy company of the future.

Within months the strategy appeared to be stalling, with the pandemic throttling oil demand and the group’s shares at a 25-year low, down even further than its peers after the polished Irishman slashed the dividend and investors balked at parts of his plan.

Now, after reporting almost $ 13bn in profits for 2021, the highest in eight years, the self-confessed “worrier” is buoyant again, if a little chastened from his bruising introduction.

“I tell people, ‘you do not have to beat me up because I beat the shit out of myself every day about how I can get better’, ”Looney told the Financial Times.

In hindsight, in his haste to advocate for the greener BP he wanted to create, Looney accepted his messaging failed to strike the right “balance”.

“In those early days, I think we talked a lot about building the company of the future, and I think people wanted to hear more, particularly in a difficult time, about the performance today,” he said.

Those days where the boss was the hero and the boss knew everything and just seemed impervious to anything. . . I think those days are over. It’s just not me

Looney’s commitments to cut the company’s emissions to net zero by 2050 initially went further than BP’s rivals. At the same time he pledged to increase investments in low-carbon projects tenfold and to build or acquire 50GW of renewable power by 2030.

But it was a promise to cut oil and gas production by 40 per cent by 2030, without a clear plan for how to replace those profits, that raised the most questions, including within BP.

“There were days last year, I will not lie to you, or two years ago, when that felt uncomfortable,” Looney said of the commitment, which no one else in the industry has followed. “As we’ve improved things, I actually like that we’re different in that regard because I think it means we stand out.”

BP hopes it has addressed that concern. It told investors last week it could maintain oil and gas earnings at $ 30bn- $ 35bn a year until 2030, even as it cuts output 40 per cent, by removing costs and focusing on high-margin projects. The result, according to Looney, will be a smaller, more profitable fossil fuel division with 90 per cent of earnings coming from six regions.

Despite his advocacy for the role he wants BP to play in the energy transition, the former head of upstream was until this point a traditional oil man. After joining as an engineer in Aberdeen he rose through oil jobs in Vietnam, the Gulf of Mexico, Alaska and the North Sea.

That has meant a rapid education in the energy transition since he was named to replace Bob Dudley as chief executive in 2019. “I may not have the competence in new energy, but I had a sense of where the world is going,” he said .

To help navigate that change Looney worked closely with McKinsey. Some in the industry said he had outsourced too much thinking to the management consultants. A recent case study on McKinsey’s website describes BP as “an agility pioneer”. A former McKinsey partner now heads strategy and sits on BP’s leadership team. Looney rejected that criticism, arguing that businesses in transition benefit from outside ideas.

In a break with oil company tradition to “grow your own”, BP under Looney has hired more executives from outside the business than ever, with 36 senior recruits arriving from companies including Tesla, Vodafone, 7-Eleven and the Toyota Research Institute.

“Not one of them would have joined our company had we not set the strategy that we’ve set,” he said. Meanwhile, 10,000 staff have left in the biggest restructuring in the company’s history.

During the early months of the pandemic he held regular all-company video calls from his home. Staff said he spoke much more openly about himself than most corporate leaders.

“Those days where the boss was the hero and the boss knew everything and just seemed impervious to anything. . . I think those days are over, ”Looney said. “It’s just not me.” Looney grew up on a dairy farm in the west of Ireland and was the first person in his family to go to university. When he joined BP in 1991 he said he had no idea what an annual report was, nor who was chief executive. Ever since, BP has been his life.

At 52 Looney is divorced, has no children and few hobbies. A small model tractor and a photograph with his mother and sister are the only personal items in his office. “I do not do much else,” he admitted. That leaves a lot of time to focus on the task at hand.

He is opposed to any suggestion of breaking up the company, as recently proposed by Lord John Browne, the former chief executive and one of Looney’s mentors. “It’s an interesting spreadsheet calculation, and I get it, but there’s massive power here,” Looney said.

Instead, he is more convinced than ever that BP can be a “one-stop shop” to give both retail and business customers “what they want”, which he said was “clean, reliable, affordable power”.

While maintaining stable revenues from declining hydrocarbons, BP says it can boost earnings from its transition businesses – biofuels, convenience (forecourts and food), charging, renewables and hydrogen – to $ 9bn-10bn a year by 2030. Those divisions will receive 40 per cent of total expenditure by 2025.

We talked a lot about building the company of the future, and I think people wanted to hear more, particularly in a difficult time, about the performance today

While some investors have expressed concern about the lower return on investment in some of those sectors than the 15 per cent returns historically targeted for hydrocarbons, Looney pointed to the potential for exponential growth. BP’s electric vehicle charging business in China sold more power in December 2021 than in the whole of 2020, he said.

“Some people thought it was an oil to renewable story, and it’s not,” he said of BP’s plans. “It’s a three-part strategy of which hydrocarbons are one, convenience and mobility is two, and low-carbon energy is number three.”

The share price has climbed 57 per cent in the past year, buoyed by soaring prices for oil and gas. But attempting to be all things to all people – green enough to attract investors and profitable enough to retain them – remains a precarious game.

BP, like other oil companies, was excluded from the COP26 climate conference in Glasgow in November, officially because its climate commitments were not compliant with efforts to keep global warming below 2C.

Most recently, as energy prices threatened to drive up living costs in Britain, BP’s return to profit earned Looney a front-page photograph in the UK’s Daily Mirror under the headline: “Oil giant makes a killing. . . as families face poverty. ”

Looney is opposed to an extra tax on BP’s North Sea profits, which he said would deter investment and delay Britain’s net zero ambitions.

The company last week expanded its net zero 2050 target to include emissions from the traded products it sells, not just those it produces. It also pledged to cut emissions from its own operations by 50 per cent by 2030, up from a previous target of a 30-35 per cent reduction, bringing it in line with one of the requirements of the 2015 Paris climate accord.

“That’s what society is expecting, and I’m not here to fight society,” Looney said, tapping the table with his finger. “You can not go against the grain of society and expect to be a long-term successful company.”